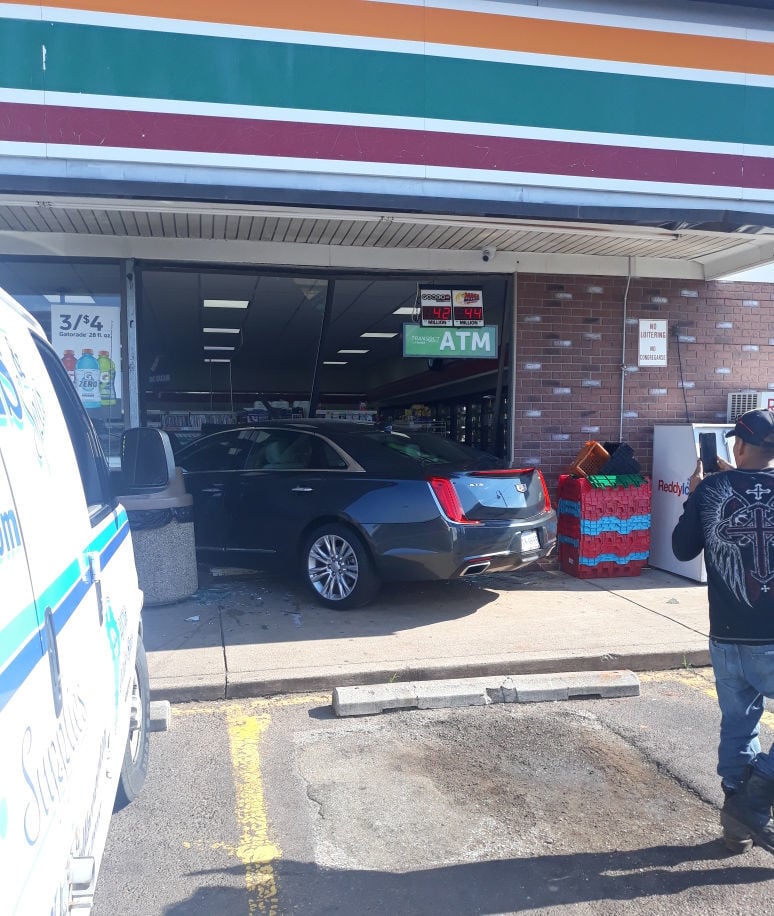 The Cadillac into a Culpeper 7-Eleven when an elderly female driver accidentally hit the gas while parked. 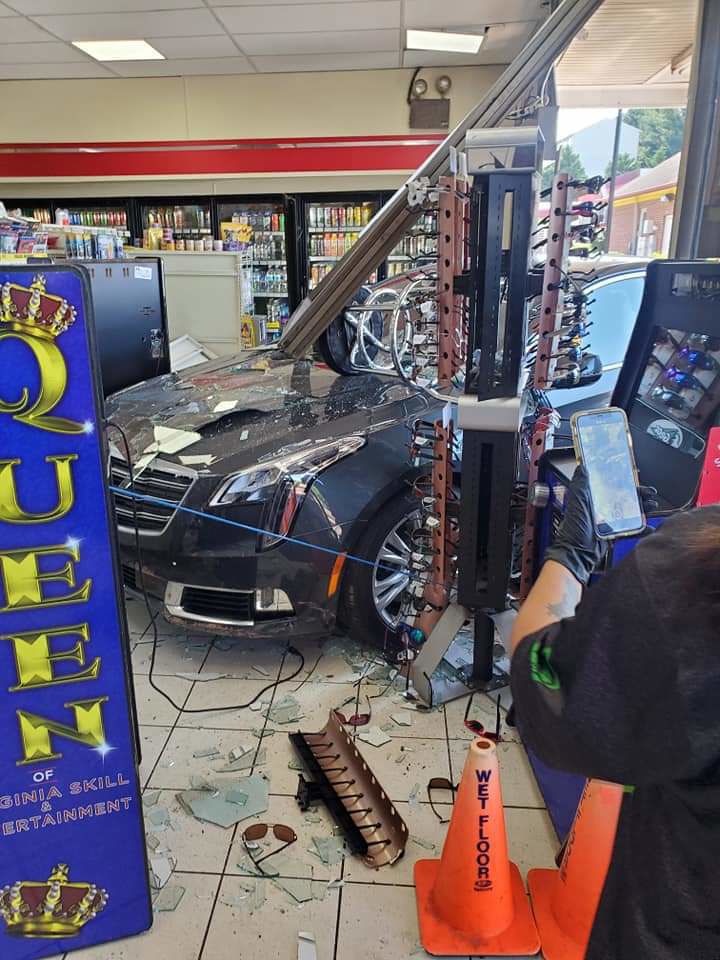 An elderly female motorist accidentally ran her car into a Culpeper 7-Eleven on Thursday morning. No one was hurt.

A local man on his way to work Thursday morning thanked his guardian angel after he was nearly struck by a vehicle that accidentally rammed into a Culpeper 7-Eleven.

Micah Parrish had stopped at the 520 James Madison Highway convenience store with his coworker from nearby Payne Pools & Spas as they do every day to get food and drinks.

But as he walked to the register near the front windows, “It was like a bomb going off and we saw a car inside the store.”

Parrish said the elderly female Cadillac driver, “literally shut the door where I was standing getting my drink.”

He added, “I had a guardian angel watching over me. One step back and I would have gotten hit.”

“I can confirm that this was truly accidental, not negligence on the part of the driver,” Officer Cole said.

The Police Department declined to state the reason for the crash since no charges were filed. The driver apparently hit the gas when her car was parked outside the front of the store.

he harmful algae blooms at Lake Anna have spread to other areas of the popular summer spot in Spotsylvania, Louisa and Orange counties.

The Cadillac into a Culpeper 7-Eleven when an elderly female driver accidentally hit the gas while parked.

An elderly female motorist accidentally ran her car into a Culpeper 7-Eleven on Thursday morning. No one was hurt.