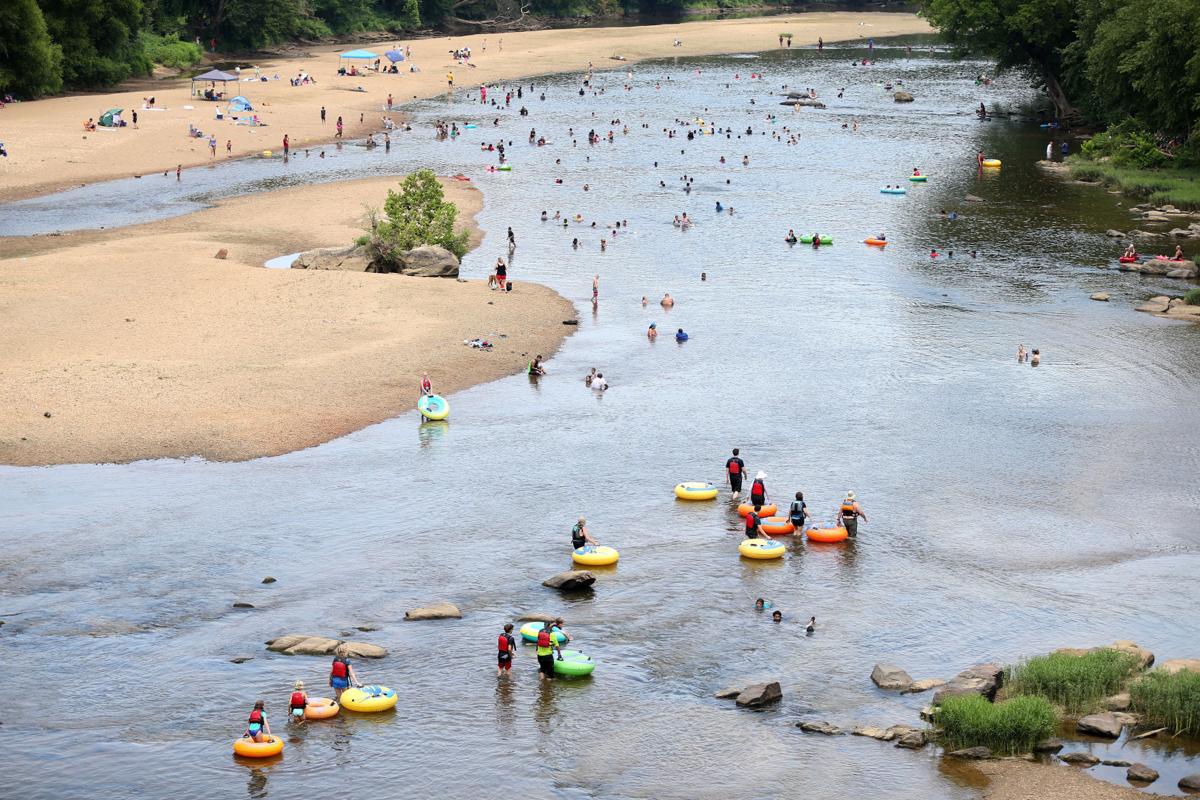 The Falmouth Beach area is a popular spot for people to enjoy the Rappahannock River, but safety should be paramount. 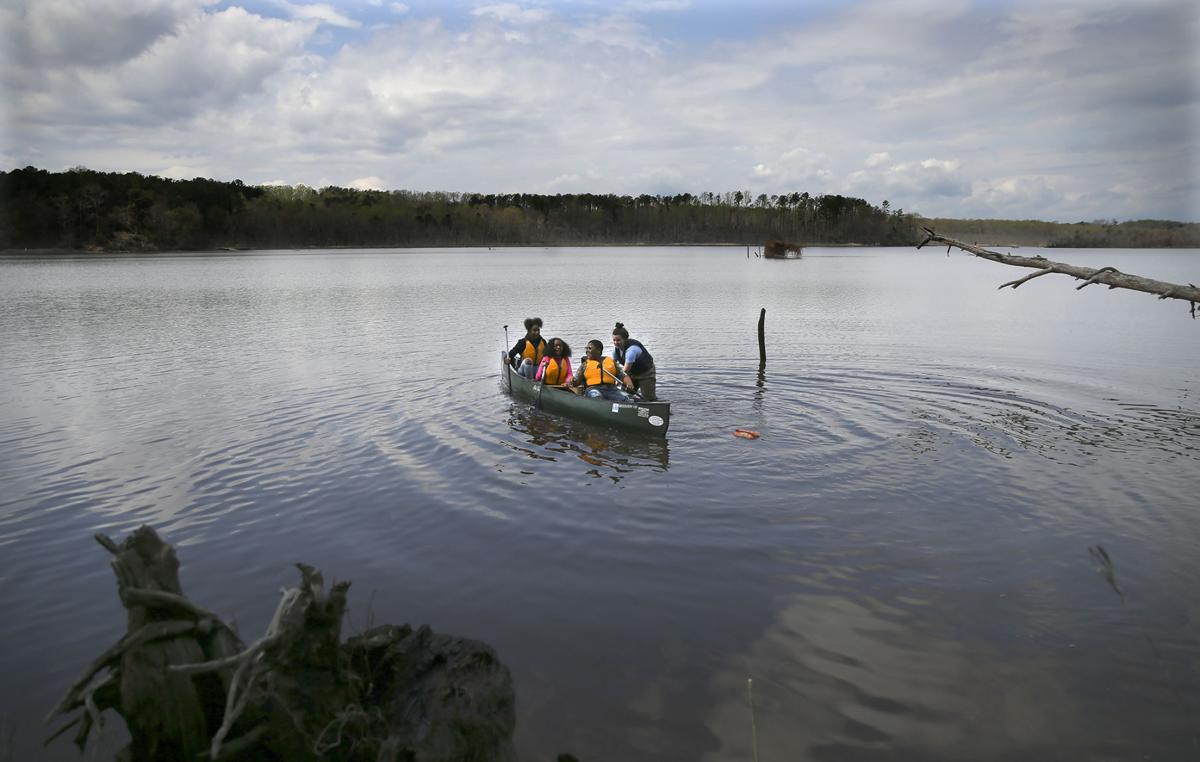 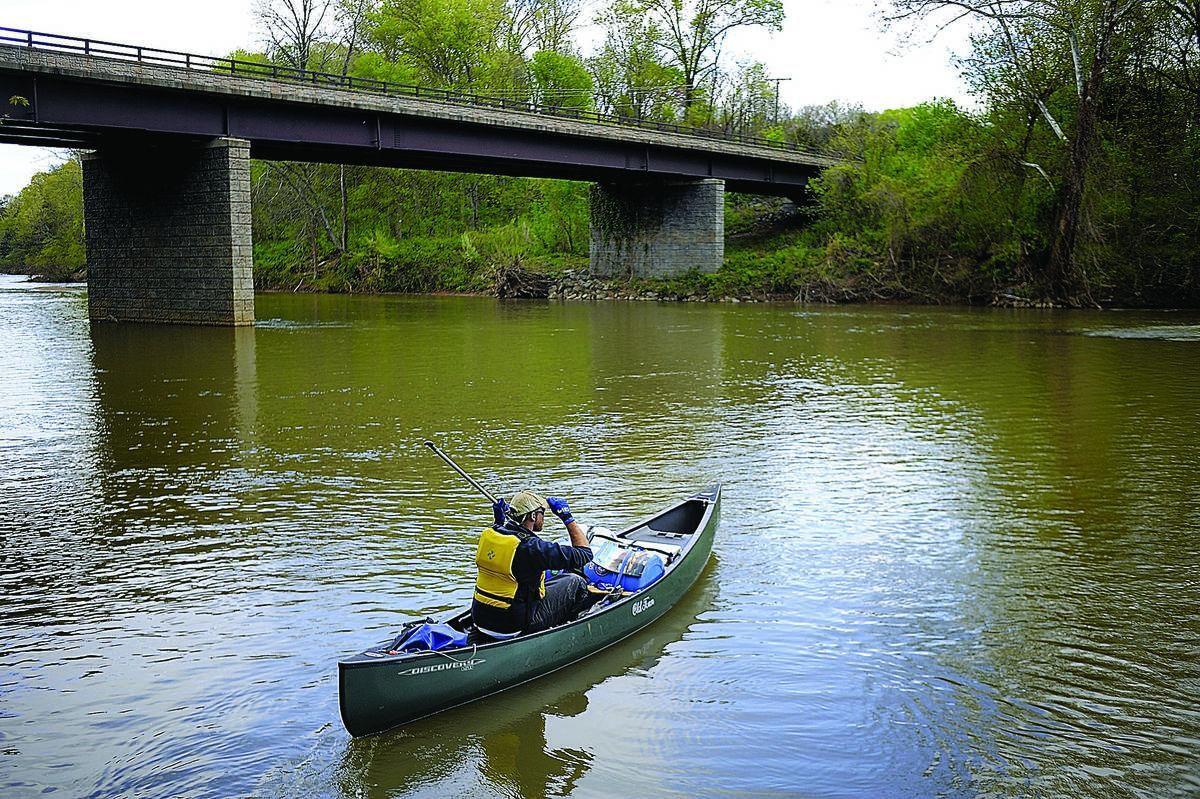 The Rappahannock River is popular with canoeists. Bill Micks, co-owner of Virginia Outdoor Center, says they require greater skill than one might think. 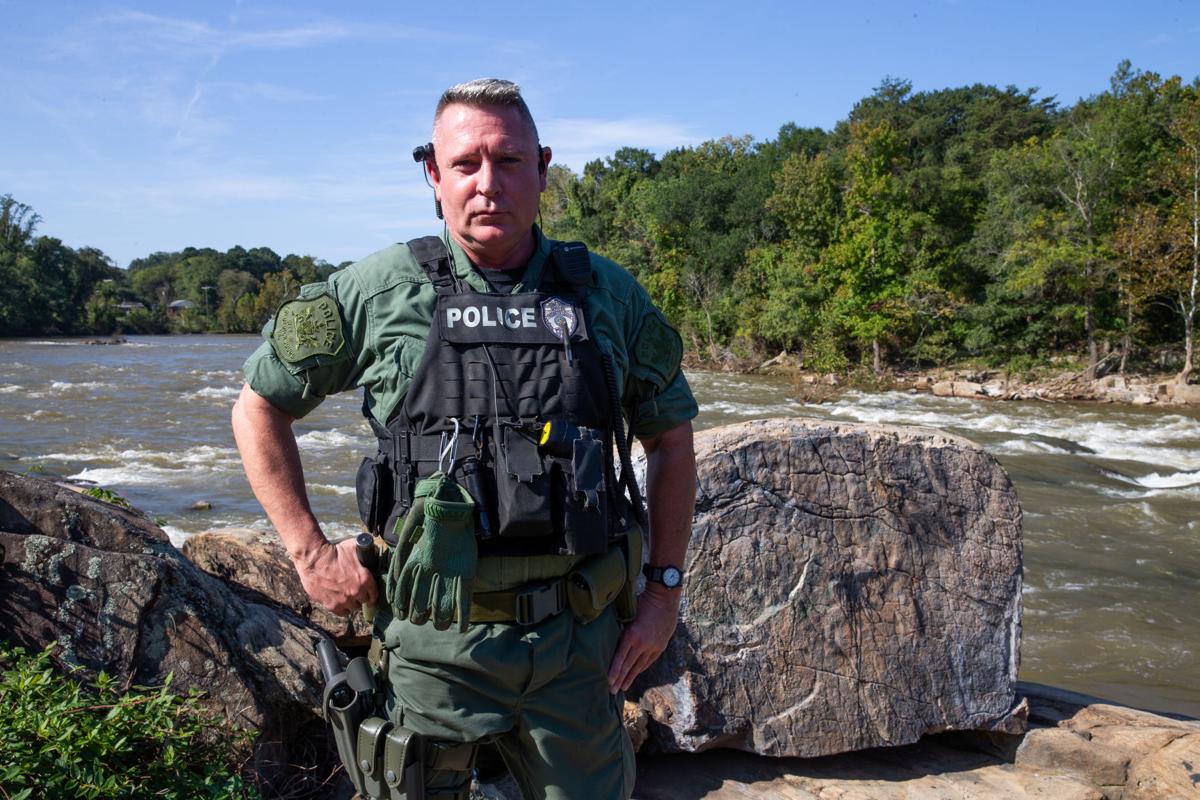 Joe Young, a Fredericksburg Police officer who serves as the city watershed manager, feels the river remains at dangerous levels due to recent rain. “It’s smooth on top, but at the bottom, it’s moving three times faster than it is on the surface, especially down by the City Dock.” 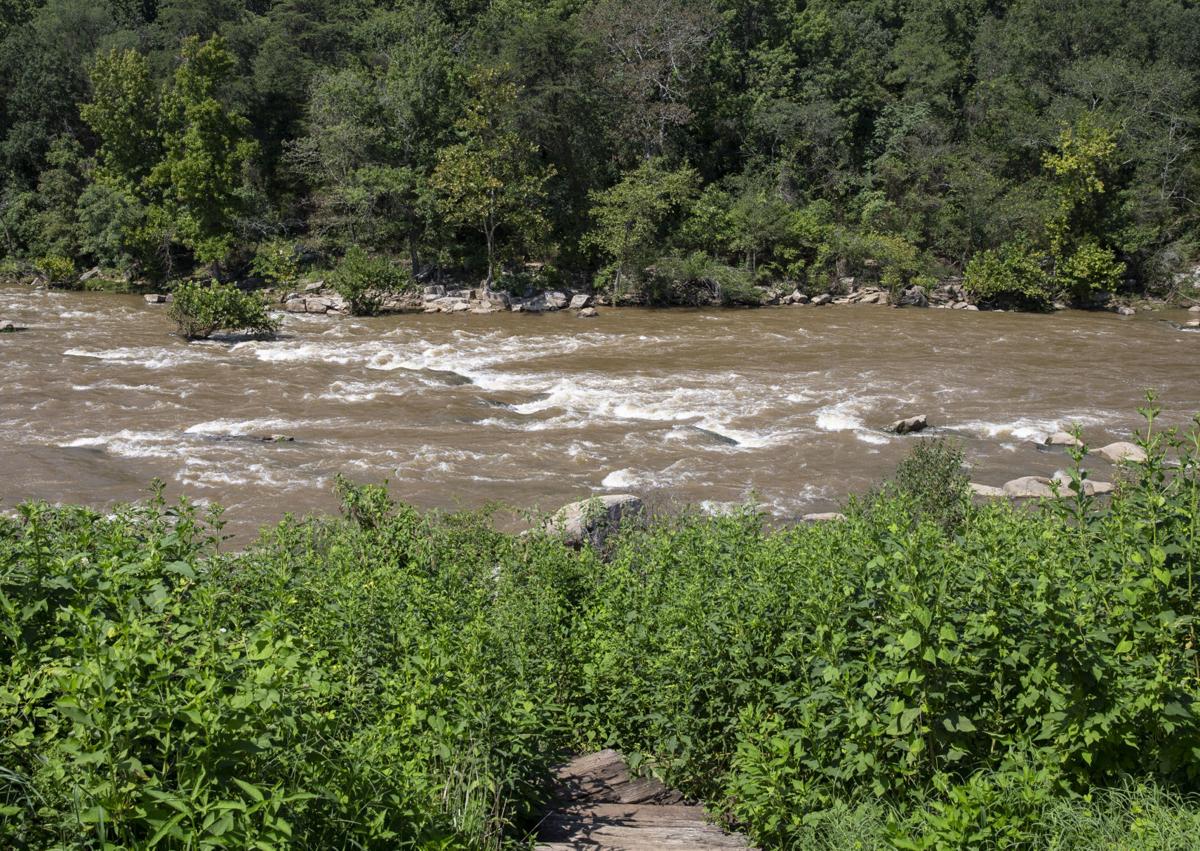 Experts say water levels of the Rappahannock River are expected to be about 3 feet this weekend, but sudden storms could increase levels dramatically. 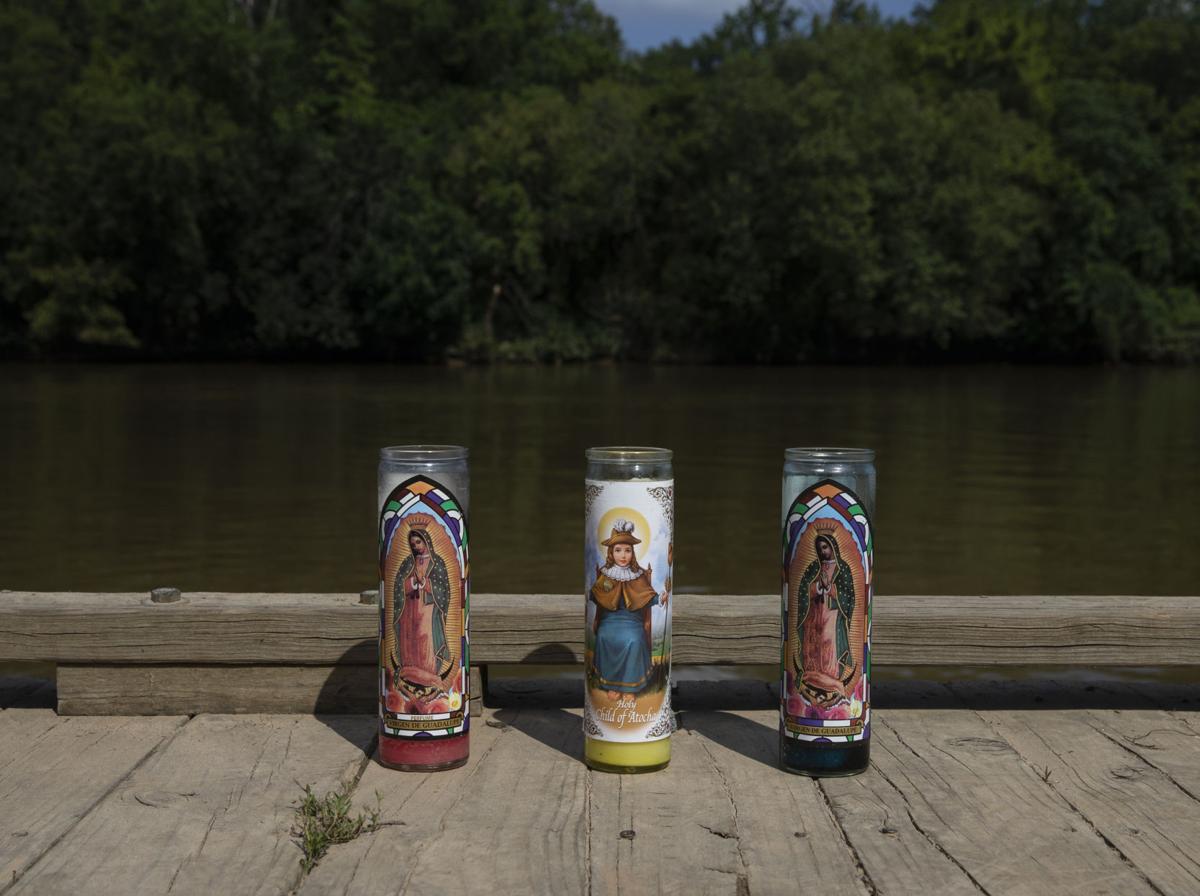 After almost 48 years of providing canoes, kayaks and inner tubes to people venturing onto the Rappahannock River, Bill Micks cannot remember a time when there has ever been so much traffic on the river.

“Because of COVID, people are looking for a special place,” said Micks, co-owner of Virginia Outdoor Center at 3219 Fall Hill Ave. “Being on the water, people think that’s a safe way to get out, and a healthy way to reenergize and get away from things.”

Micks’ business has been closed since the onset of the coronavirus pandemic, but he said that hasn’t stopped rivergoers from taking to the Rappahannock. Micks said retailers are selling canoes and kayaks in record numbers, and flotation devices, like inflatable tubes, are flying off store shelves.

“It’s been a crazy year,” said Micks. “This river has been extremely crowded.”

But the river has been anything but welcoming lately. Earlier this week, it took the life of Brandon Childs, a 40-year-old from Spotsylvania County.

On Tuesday, search teams recovered Childs, who went missing while kayaking Sunday near the Fredericksburg City Dock. Officials determined Childs was not wearing a personal flotation device at the time of his recovery and a PFD was not found in his recovered kayak.

“If you have a PFD on correctly, it should keep you afloat, but at high water levels, it’s going to be tough to get to the bank,” said Micks. “Plus, you’re dealing with debris in the river. It’s dangerous …. You shouldn’t be out there when it’s high, whether you have a life jacket or not.”

Based on data from National Oceanic and Atmospheric Administration gauges, Adam Lynch, a river steward with the Friends of the Rappahannock, said the water levels on the Rappahannock this weekend are expected to be about 3 feet, down from 7.5 feet on Sept. 1.

“That puts the river in the high safe range, which makes it extra important that you should wear a life jacket and go with a buddy,” said Lynch, who also cautioned that a sudden burst of storms could increase river levels suddenly and dramatically.

But Joe Young, a Fredericksburg police officer who serves as the city watershed manager, feels the river remains at dangerous levels due to recent rain.

“It’s not like other rivers in the area. It’s got tides, it’s brackish, it has rapids,” said Young. “It’s smooth on top, but at the bottom, it’s moving three times faster than it is on the surface, especially down by the City Dock.”

Micks said there are telltale signs when one should avoid entering the river, including muddy water, riverbanks that are compromised or swollen, or floating or partially submerged debris.

Young said the banks of the Rappahannock are extremely dangerous, and those who venture near them on foot should be wearing a PFD correctly at all times. He said a slip and a fall down a vertical riverbank, even by healthy, experienced swimmers, might require a lengthy swim in fast-moving currents to reach a suitable area to climb to safety.

Since 1985, more than 80 people have drowned in the Rappahannock. Katie Caler, spokesperson for Stafford County Fire and Rescue, said first responders from her agency have fielded nearly 30 emergency calls on the river since spring, resulting in 34 people being assisted or removed from the water.

Micks said in years past, Labor Day weekend has traditionally been his busiest weekend of the year, and he fears people will take to the river this holiday weekend without checking important river condition sources, such as the NOAA or waterdata.usgs.gov websites. Visual markers showing the height of the river are positioned on color-coded gauges at Kelly’s Ford, Ely’s Ford, Hunting Run, Mott’s Landing and at the popular river access point near Normandy Village.

“If the gauges read yellow or red, you absolutely should not get in a canoe, kayak or tube,” said Micks.

Near Normandy Village, where Micks said 80 percent to 90 percent of the rivergoers simply “grab a tube and jump in,” Micks has placed a banner asking visitors to wear a life jacket and not put first responders at risk. He said he hopes the banner will deter people from going on the river, or at least make people pause and decide to put on a PFD before entering the unpredictable waters.

Micks said those in inner tubes have little control of their course on the river and said tubing is safest at low water levels, when waters are crystal clear, and currents are not pushing the tube downstream.

“It’s a wonderful way to experience the river as long as you have a PFD on,” said Micks. “You might be able to use your hands to move left or right a little bit, but you really don’t have a lot of control of where you’re going.”

Micks said canoes require greater skill than one might think, and there are several safety factors to consider before setting out in those small boats.

“If the canoe gets full of water, it’s going to weigh a ton, and you can get yourself in trouble if you’re caught between the boat and a rock on the downstream side and the river’s pushing,” said Micks.

Alan Mindlin, an avid kayaker for nearly two decades, said some bargain kayaks lack bulkheads covered by hatches, which create trapped air spaces inside the hull of the vessel. Mindlin said not only do those voids provide space for gear during a river trip, but the trapped air inside helps keep the boat afloat in case of an unexpected emergency.

When taking to the water in a craft, Mindlin suggests bringing along a storm whistle, which can be heard for up to half a mile, a first-aid kit, a paddle leash, a 20-foot tow rope, a knife and a dry bag—a flexible container with a watertight seal to store cell phones and other essentials.

“For night trips, a bow light will assist in navigation, and a stern light is not only necessary, but required by the U.S. Coast Guard,” said Mindlin.

On his daily rounds of the riverfront area, Young said he has observed adults wading into the water with young children. He warns doing so could be deadly to both adult and child.

“That river can go from waist-high to 12 feet deep; that’s how that river is,” said Young. “The next thing you know, they’re holding a child, they go under and panic, and either the child isn’t coming up, the parent isn’t, or both.”

Young said he considers Labor Day the most dangerous weekend on the river, because it’s usually a large-scale, end-of-summer celebration for many revelers in the region. Until river levels come down even more, Young offered a safe alternative to the Rappahannock.

“If you want to get your feet wet,” he said, “go buy a wading pool, sit on the back deck and stick your toes in there.”

The Falmouth Beach area is a popular spot for people to enjoy the Rappahannock River, but safety should be paramount.

The Rappahannock River is popular with canoeists. Bill Micks, co-owner of Virginia Outdoor Center, says they require greater skill than one might think.

Joe Young, a Fredericksburg Police officer who serves as the city watershed manager, feels the river remains at dangerous levels due to recent rain. “It’s smooth on top, but at the bottom, it’s moving three times faster than it is on the surface, especially down by the City Dock.”

Experts say water levels of the Rappahannock River are expected to be about 3 feet this weekend, but sudden storms could increase levels dramatically. 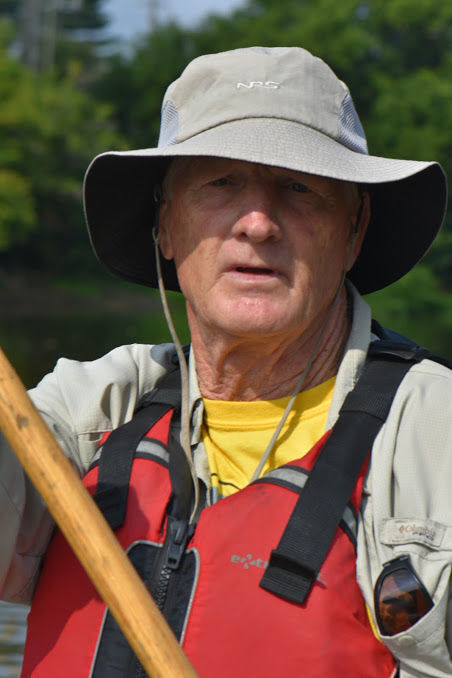