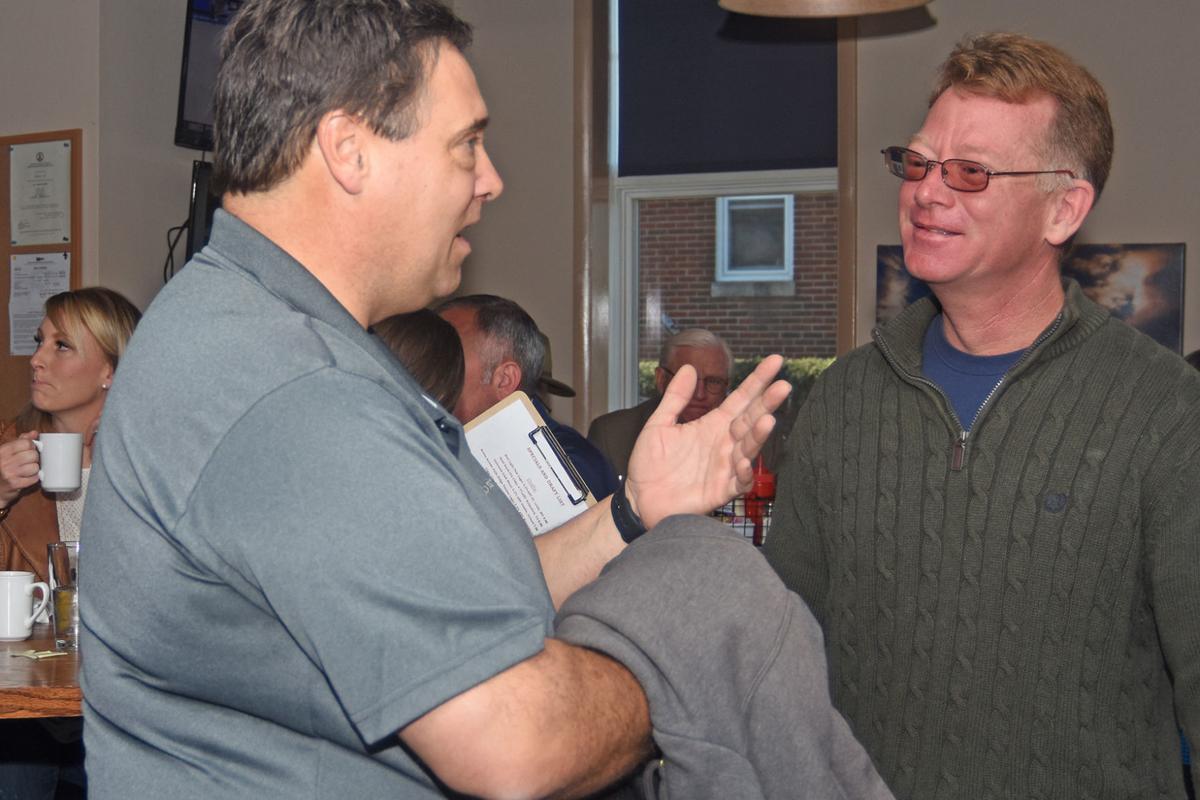 Clint Oxendine, left, speaks with Tom Underwood at Saturday’s breakfast meeting of the Culpeper Republican Committee. Both men are seeking the local party nomination for the Salem District Board of Supervisors race, which will be decided this Saturday in a party canvass. 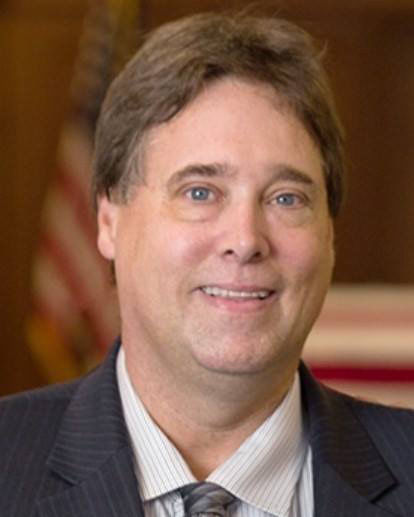 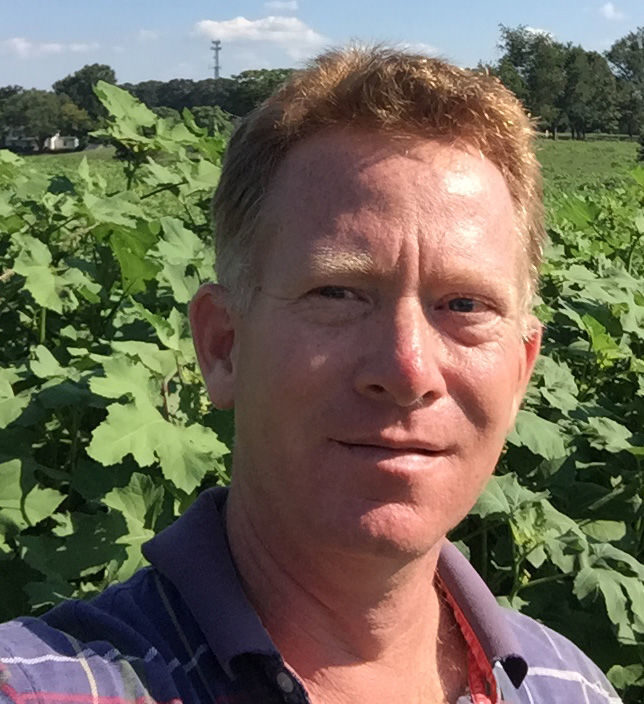 Salem District voters will head to the polls this Saturday for a so-called “firehouse primary” that will select the Culpeper Republican Committee’s nominee for the Board of Supervisors seat in November’s election.

The relatively rare firehouse primary, or party canvass, choosing the GOP nominee from among the two, will be held 9 a.m. to 4 p.m. at Reformation Lutheran Church, 601 Madison Rd. in the town of Culpeper.

Culpeper Republican Committee members Dale Duvall will oversee the polling process with his wife, Jewell. Eligible residents of the Salem District will fill out paper ballots in making their choice; voters should bring a picture ID.

Dale Duvall said both candidates would be present at the church before voting starts to make sure the voting box is empty as it is taped up. Each candidate will then sign each side of the box to ensure it is not disturbed during the day of balloting, he said.

At the end of voting, a credentials committee—comprised of GOP Committee members including the Duvalls, Dewey and Janet McDonnell and Marshall Keene—will count the votes in the presence of the candidates or their representative.

A party canvass does not allow for write-in votes or absentee voting, Duvall said, but folks will be available to bring ballots out to vehicles in the parking lot for people physically unable to make it into the voting location. He expected 150 to 200 people would participate in the firehouse primary as voters.

Current Salem Supervisor Alexa Fritz is not seeking reelection in November to the board of supervisor’s seat, but is vying for the treasurer’s post.

Oxendine, 49, is running for elected office for the first time because he wants to see better roads and high speed internet in the Salem District, spanning the county’s western area.

“I moved back to Culpeper in 2008 from Northern Virginia and we haven’t noticed a lot of infrastructure or input or any types of fixes in our district,” he said Tuesday in a phone interview.

Not having access to high speed internet hinders telecommuting for the many government workers and contractors in Culpeper, Oxendine said. In addition, he said he wanted to run to ensure Salem retains its supervisor, mentioning how Underwood stepped down from the post in 2012 to pursue a career opportunity in Chicago.

“I don’t want to take a chance our district goes without representation again,” Oxendine said.

A lifelong Republican, the candidate said it was natural for him to seek the local party’s nomination.

“I never gave any thought to it why I wouldn’t run as a Republican. I’ve always voted Republican and that’s my mindset,” he said.

On the November ballot, local candidates will not be distinguished by party, though the local GOP Committee is actively making its selections. Each of the two Salem District candidates has agreed not to run as an independent in November if they don’t get the nomination on Saturday.

A 1987 graduate of Culpeper County High School, Oxendine served in the U.S. Navy as a hospital corpsman from 1989 to 1993 and then attended Mortuary College in Pittsburg. He did an apprenticeship in Manassas where he lived with his wife and daughter until 2008.

Oxendine is funeral director and sales manager for Mountcastle Turch Funeral Home in Dale City. He serves on the Virginia Funeral Directors Association Board, is acting president of the Culpeper Lacrosse Association and a longtime member of the Manassas Host Lions Club.

“The reason I am running for office is I want to help fix what I believe is not right,” Oxendine said.

Underwood, 48, represented the Salem District on the Board of Supervisors from 2008-2012 before stepping down to work for three years as senior vice president of hotel strategy at Orbitz Worldwide, which sold to Expedia in 2015. He holds a masters’ of business administration from Vanderbilt University and currently runs two small internet companies in addition to overseeing 180 beef cows.

Underwood said when he vacated his seat on the board of supervisors that an able successor was named thereafter, John Coates, former chairman of the board. (Coates died in September.) Soon after, Fritz was elected to the post in a special election.

“Yes, I did work in Chicago for a while, but I love this place and I am very familiar with the issues,” Underwood said. “I am very accessible and will be effective.”

He pointed out he was elected twice before in Culpeper and both times had the local GOP Committee’s nomination.

“The reason I run as a Republican is because I am a Republican,” Underwood said. “While the issues are local, in general, I believe in transparency, lower taxes and less regulation.”

He said the county has done a good job of keeping its real estate taxes low, but felt there was room in the budget to reduce the personal property tax rate.

Underwood is married to Rebecca and has a 2-year-daughter. He previously served on the Culpeper Library Board and was vice chairman of the local Farm Show. Underwood said he is seeking the support of all Salem District voters, Democrats and Republicans alike.

“My goal is to work to improve Culpeper County,” he said.

At a breakfast meeting Saturday, the Culpeper County Republican Committee announced a slate of local candidates, uncontested for its nomination, as its party nominees. The local GOP endorsed contenders are: Paul Walther, incumbent, for Commonwealth’s Attorney; Scott Jenkins, incumbent, for Culpeper County Sheriff; Missy Norris White for County Treasurer; Nate Clancy, current school board member, for Board of Supervisor Catalpa District and Ben Phillips for Board of Supervisors East Fairfax District.

Marshall Keene, an executive member of the Culpeper County Republican Committee, said its members were honored and excited at the number and quality of candidates to represent the local party in this year’s elections. “We truly believe each candidate has proven that their conservative values represent the mass majority of Culpeper County,” he said.

Clint Oxendine, left, speaks with Tom Underwood at Saturday’s breakfast meeting of the Culpeper Republican Committee. Both men are seeking the local party nomination for the Salem District Board of Supervisors race, which will be decided this Saturday in a party canvass.