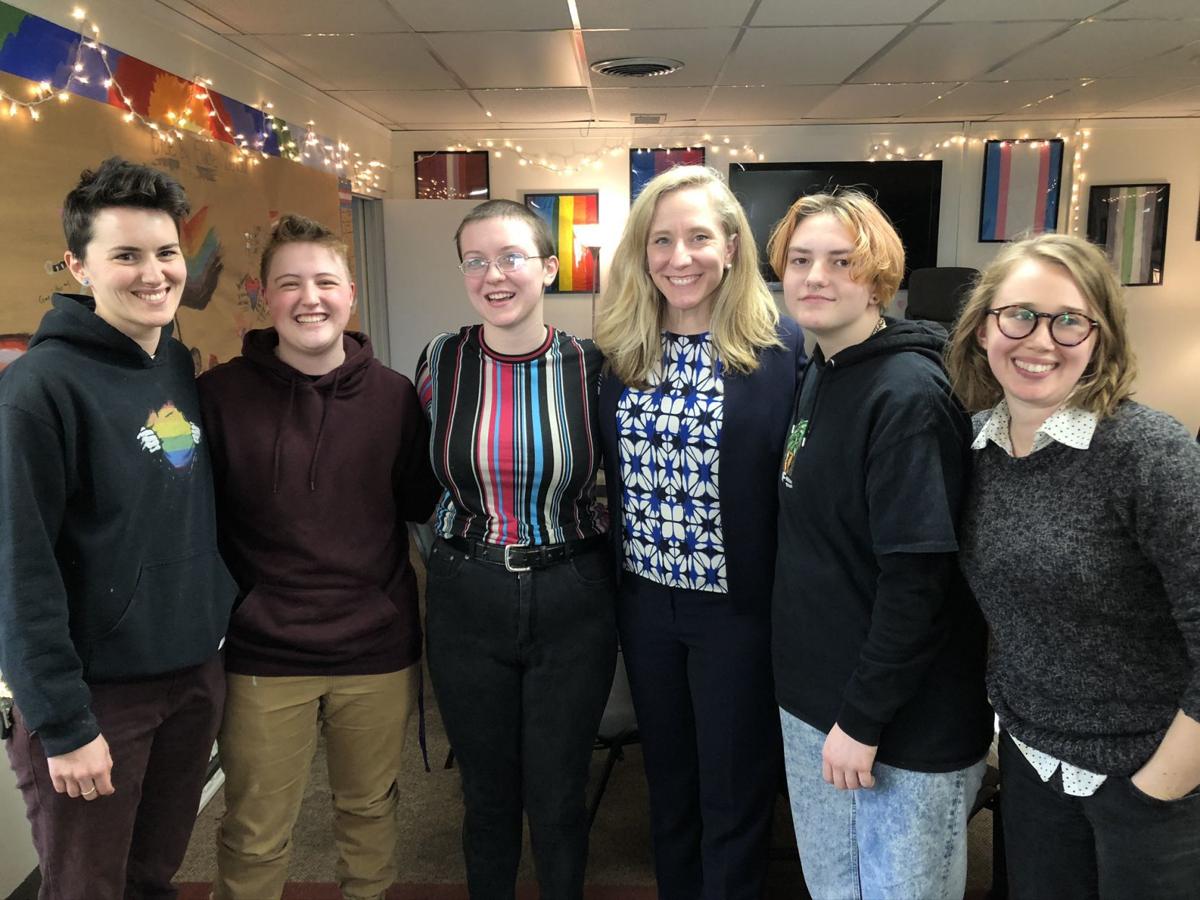 Rep. Abigail Spanberger stands with Virginians at Side by Side, a group that supports communities where LGBTQ youth can flourish. 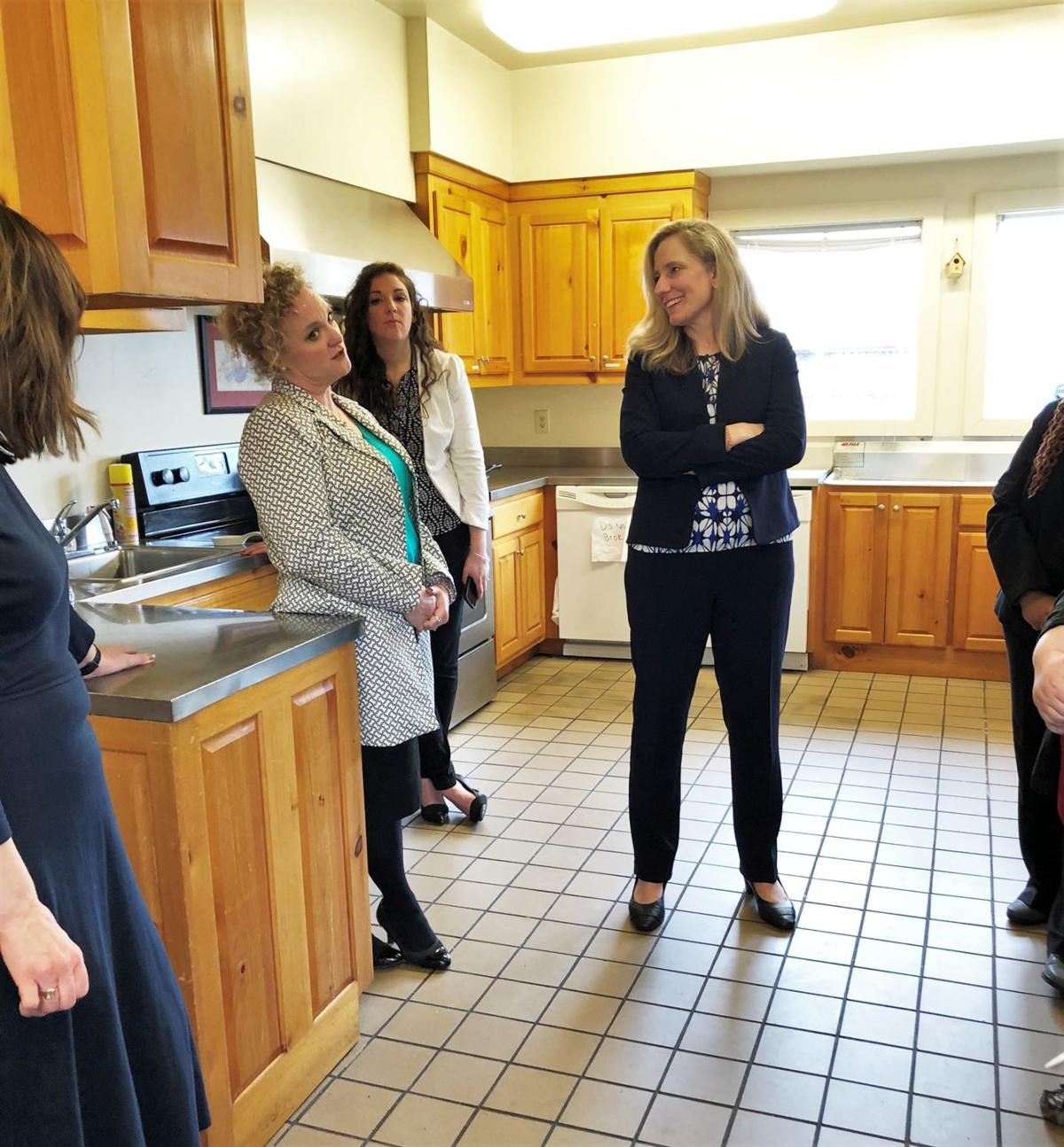 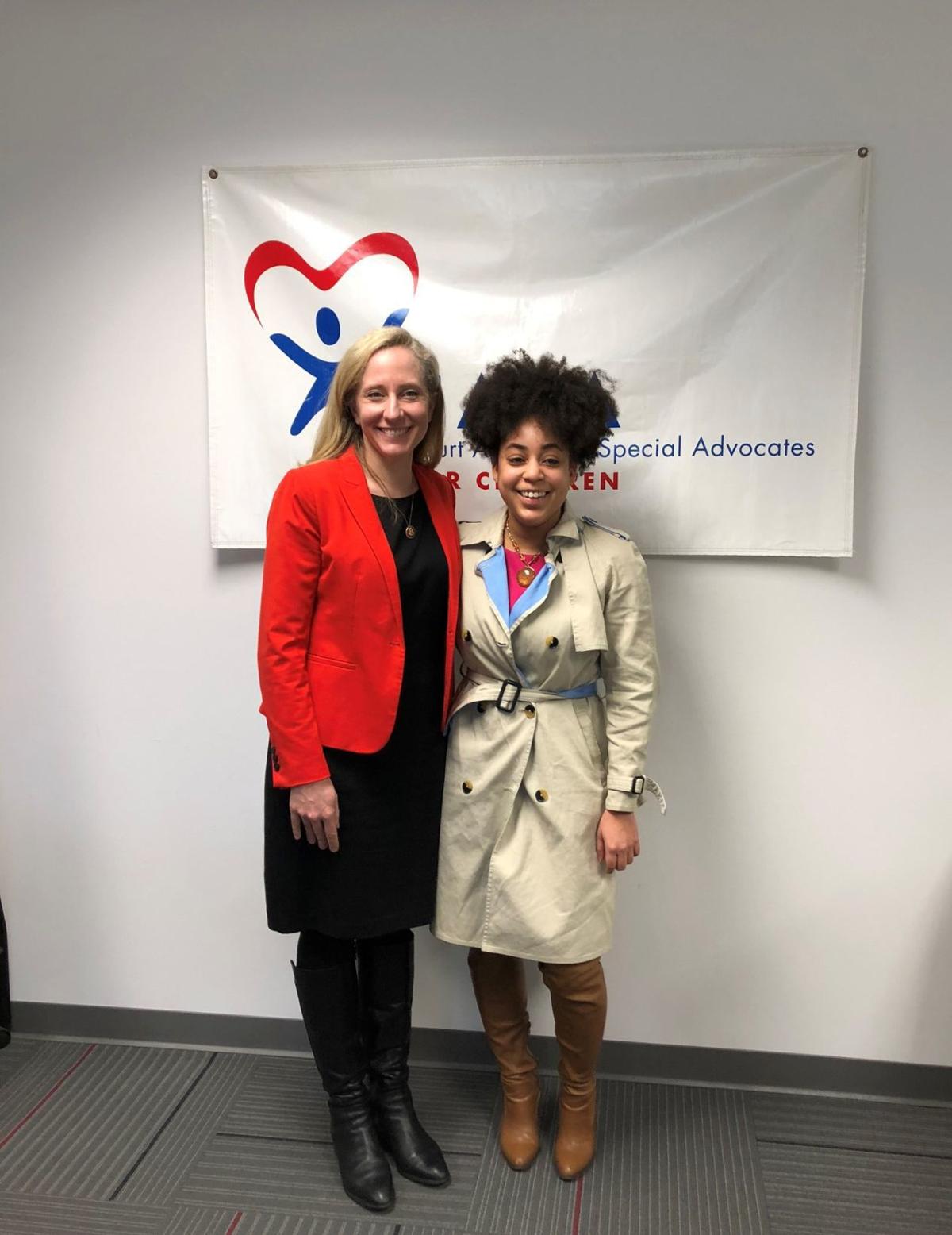 Rep. Abigail Spanberger poses with Chloe Edwards, a volunteer at Henrico CASA who was helped as a teen by a CASA court-advocate program.

Whether in the nation’s capital or Virginia’s capital, this week it was back to business as usual for U.S. Rep. Abigail Spanberger.

In Richmond, she attended an event honoring World War II codebreaker Dorothy Braden Bruce at the Virginia War Memorial. (Bruce, who kept her secrets for 70 years, was one of the first people to learn that the Japanese had surrendered; she knew before President Harry Truman.)

But last week, Spanberger roamed part of the 10-county 7th District on a first-ever tour of groups working on behalf of people’s civil rights.

“The dignity of our neighbors deserves to be defended,” she said. “Whether through protecting voting rights, speaking out against discrimination, or guarding children from abuse, Central Virginians have demonstrated remarkable leadership in addressing the complex and generational challenges faced by our vulnerable populations.”

She praised their commitment, saying it motivates her efforts in the House “to achieve equal protections and equal opportunity for all.”

On Tuesday, Spanberger met with Henrico CASA and toured its facilities, held a roundtable discussion at the Legal Aid Justice Center, visited the campus of ChildFund International, and met with leaders and staff of the disAbility Law Center of Virginia.

On Wednesday, she learned about the efforts of Housing Families First, met with the leadership of the Virginia Center for Inclusive Communities, and held a discussion with staff and students at Side by Side.

“It was a really valuable tour,” Spanberger said in a Star-Exponent interview. “I met with some incredible folks working on homelessness, with LGBTQ youth, and people with disabilities.”

The two-day, issue-oriented tours, which have become a staple of the congresswoman’s yearly schedule, began last year with a farm tour that started in Culpeper and visited a diverse array of agricultural enterprises throughout the 10-county 7th District.

They expose her to different people and groups, and ensure that she learns about issues and their impacts on individuals from a variety of perspectives, she said.

Then it was on to ChildFund International, headquartered in Henrico, which combats childhood poverty in the United States and around the world.

At the disAbility Law Center of Virginia, she heard from advocates who try to protect residents facing discrimination due to a disability.

The Legal Aid Justice Center, a nonprofit with four offices across the state, partners with community members to tackle inequalities created by race and poverty throughout Central Virginia.

From the center’s staff, Spanberger said she learned about immigration, housing and landlord-tenant issues affecting Virginians. She said it was “incredibly useful and important” to hear about some of the challenges in U.S. housing policy.

On Day 2, Spanberger found a Henrico group, Housing Families First, to be “really impressive,” she said.

Their goal is to get homeless people rapidly rehoused, with no more than 30 to 45 days from their being in a shelter to their own housing, the legislator said.

The group puts families back on their feet, provides them with a safe place to regroup, and finds them permanent housing. When Spanberger visited their shelter, it was empty—with the children in school and parents at work.

At the shelter, each family gets its own room, with a lock to provide them with privacy and security. When they move out, the families can take their bedding—mattress and comforter, etc.—with them, to help them quickly get settled in their new apartments, she said.

“Housing Families First does great work that I was glad to see,” Spanberger said. “Theirs is a really great model for what success looks like, and how we can help people in their time of need.”

“We ... are grateful for Congresswoman Spanberger’s time, her regional and national leadership, and her willingness to engage in sincere discussion about safe, affordable housing as a right for everyone in Central Virginia,” said Beth Vann-Turnbull, the executive director of Housing Families First.

At the Virginia Center for Inclusive Communities, leaders and staff shared their thoughts on how values of inclusion and equality can be better integrated into Central Virginia businesses and schools.

Of late, the center has experienced unprecedented demand for its programs and services, said Jonathan C. Zur, its president and CEO.

At Side by Side, staff, youths and the group’s local partners discussed ongoing issues among LGBTQ youth in her district.

“Congresswoman Spanberger has been and remains committed to being a strong ally to our community in Congress,” said Ted Lewis, Side by Side’s executive director.

Since taking the oath of office in January 2019, Spanberger said she has fought to protect the civil rights, security and well-being of all Central Virginians.

Two weeks ago, she helped pass a bipartisan resolution to remove the deadline to ratify the Equal Rights Amendment to the U.S. Constitution. And she helped introduce a resolution to recognize the growing maternal mortality crisis in the United States, particularly among women of color.

Last year, Spanberger helped introduce and pass the Equality Act, which would expand protections for LGBTQ people in Central Virginia and across the country.

She is a cosponsor of the Voting Rights Advancement Act, which would renew protections against unfair and suppressive voting laws and practices. The House passed this legislation in December 2019.

A multiple-vehicle crash around 11:30 a.m. Wednesday has State Route 3 in front of the Spotsylvania Towne Centre and other nearby roads clogged.

What used to be a Sears at the Spotsylvania Towne Centre will soon become a construction site, and they’re not building a new store.

As the colder air settles in on Saturday, the stage will be set for a large storm impacting most of Virginia.

The Spotsylvania County School Board fired Superintendent Scott Baker without cause during a contentious meeting Monday.

Paul DeForest, 65, accused in Jan. 10 death of girlfriend whose body was found in trunk of car near home in Lubec, Maine—more than 800 miles away from where he was arrested Jan. 11.

In her electric scooter with her service dog, Nancy Lagasse encountered assistance, warm hearts away from home during snow storm.

Fake COVID-19 Testing Sites Are Popping Up Amid Omicron Surge

Fake COVID-19 Testing Sites Are Popping Up Amid Omicron Surge

Rep. Abigail Spanberger stands with Virginians at Side by Side, a group that supports communities where LGBTQ youth can flourish.

Rep. Abigail Spanberger poses with Chloe Edwards, a volunteer at Henrico CASA who was helped as a teen by a CASA court-advocate program.