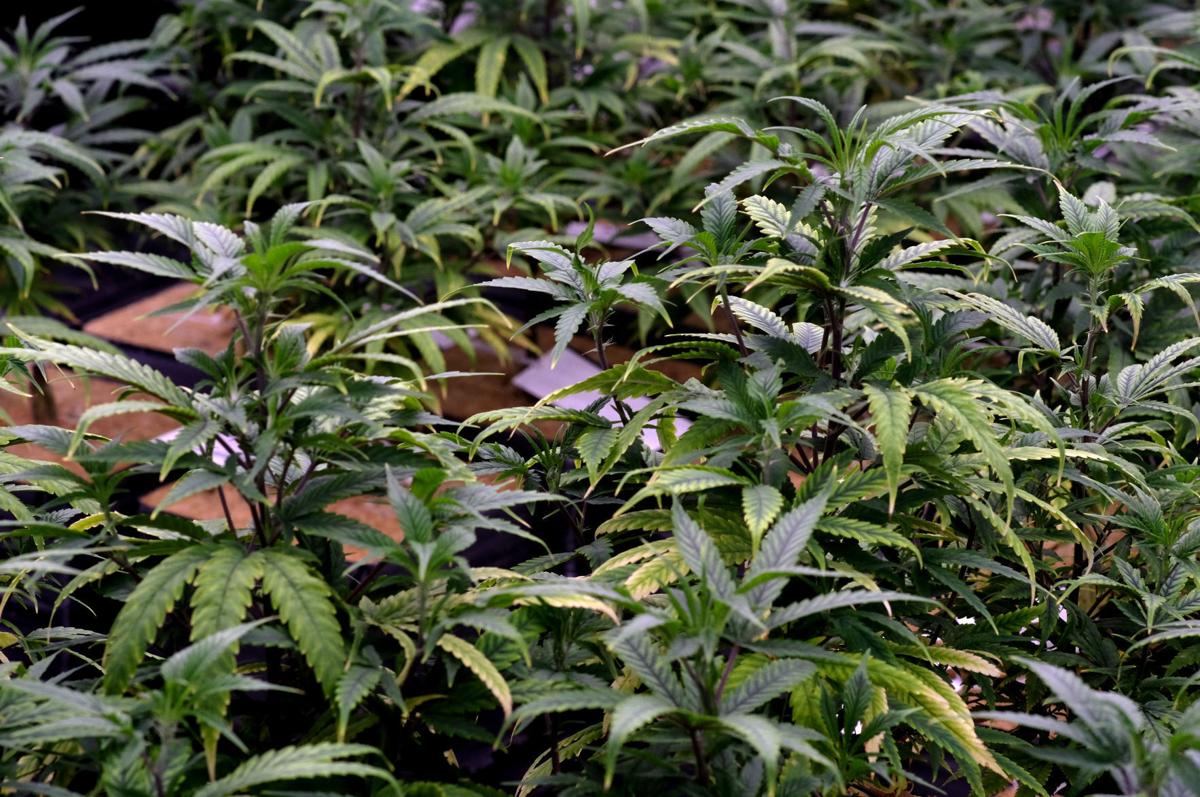 marijuana plants grew inside the Propagation Room at gLeaf Medical, a medical marijuana dispensary selling a variety of cannabis products in Richmond. 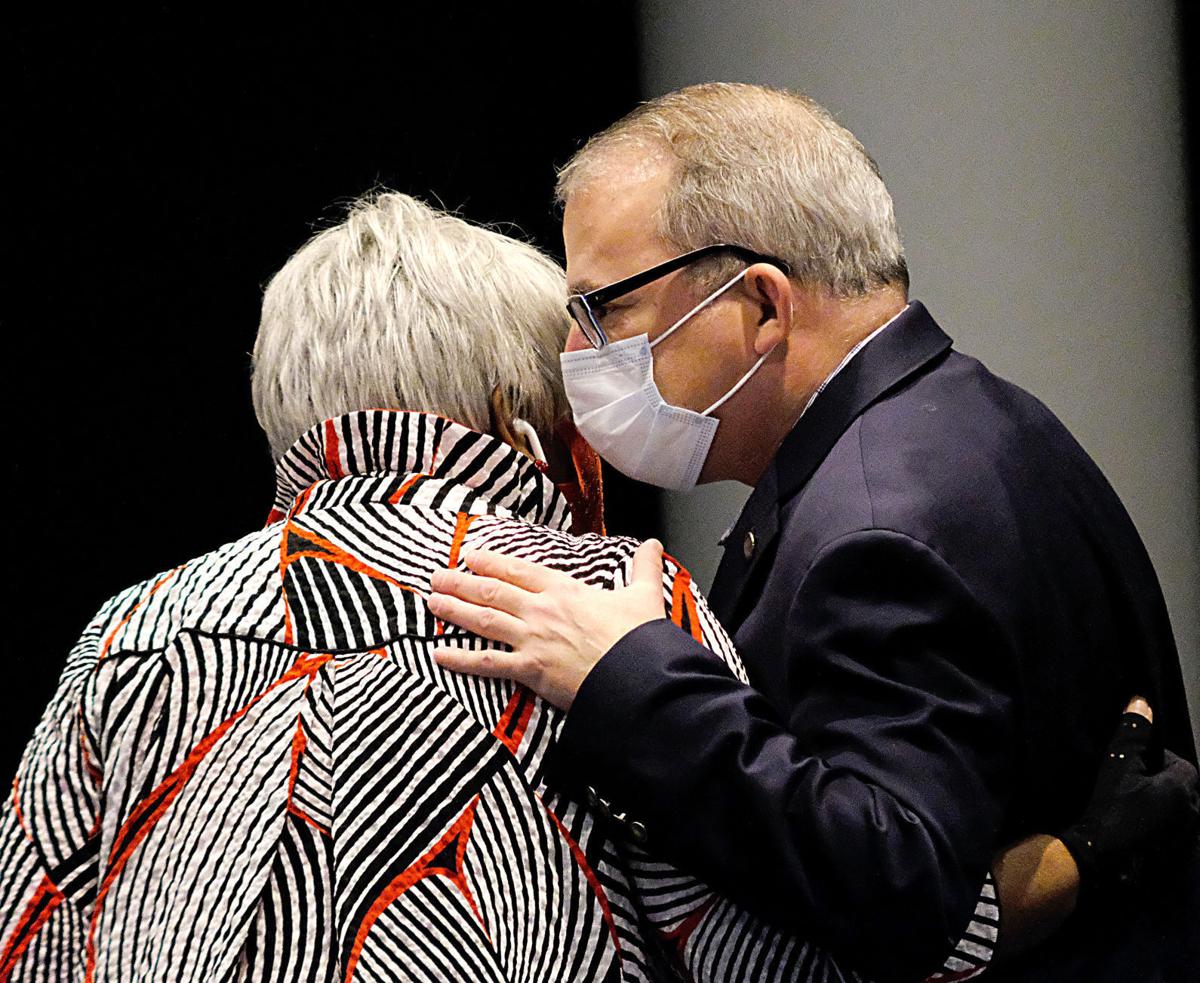 Sen. Adam Ebbin (right), D-Alexandria, hugged Sen. Louise Lucas, D-Portsmouth, a co-patron of his bill to legalize marijuana, on Friday as debate continued during the state Senate floor session at the Science Museum of Virginia. The bill passed moments later, 23-15.

Virginia lawmakers took key steps toward making Virginia the 16th state to legalize marijuana, as the House and Senate voted separately Friday to allow recreational use by adults, with retail sales by 2024.

Earlier Friday, the House of Delegates voted 55-42 along partisan lines to support legalization.

Gov. Ralph Northam backs legalization. He and the measure’s key supporters frame it as an important equity issue, saying the disproportionate enforcement of marijuana laws has caused lasting harm to Black and brown Virginians.

During Friday’s floor debate, Senate President Pro Tempore Louise Lucas, D-Portsmouth, said thousands of Virginians are arrested for having marijuana and that Blacks are more than three times more likely than whites to be arrested even though they use marijuana at a similar rate.

She said the state’s decriminalization measure that took effect July 1, eliminating a criminal penalty for possessing small amounts of marijuana, was just a first step.

The House and Senate bills would make it legal for people 21 or older to possess up to an ounce of marijuana. The bills also would commence the process of expungement for misdemeanor convictions related to marijuana.

House Majority Leader Charniele Herring, D-Alexandria, who sponsored the House bill, tweeted after the measure passed: “This legislation will provide long overdue justice for so many marginalized communities in Virginia.”

Lawmakers will have to reconcile key differences in the massive bills before the legislation goes to Northam for his signature. For example, the Senate bill would legalize simple possession as of July 1. The House measure calls for ending a civil penalty on less than an ounce of marijuana once the regulated market is set up — a behemoth task expected to yield legal sales in 2023 or 2024.

Under provisions moving through the legislature and as proposed by Northam, Virginians would be allowed to grow marijuana plants in their own homes once the regulations and safety guidance are implemented. People would be limited to two mature plants and two immature plants per household, not per individual.

Sen. Mark Peake, R-Lynchburg, an opponent of legal marijuana, said during Friday’s floor debate that the legislature should wait to see the results of decriminalization before moving forward with a 280-page bill.

And he said the governor’s office had spent too much time on marijuana when it should have focused more on distributing COVID-19 vaccines.

"During the campaign, it was made clear that now Attorney General-elect Miyares and Attorney General Herring have very different visions for the office," said Miyares spokeswoman Victoria LaCivita by email. "We are restructuring the office, as every incoming AG has done in the past."

NEWPORT NEWS — A former Virginia couple has pleaded guilty to submitting at least 40 fake loan applications totaling more than $5.1 million connected to the COVID-19 pandemic, according to the U.S. Department of Justice.

'What a morning!' Youngkin savors transfer of power in Richmond

The key to the Executive Mansion wasn’t quite what Gov.-elect Glenn Youngkin expected.

Youngkin sworn in as Virginia's 74th governor, pledging to 'restore power to the people'

Glenn Youngkin was sworn in on Saturday as Virginia’s 74th governor, saying he was elected to “restore trust in government, and to restore power to the people,” a mission he promised to deliver on during his inaugural address.

Gov.-elect Glenn Youngkin's pick for secretary of transportation says the department is "laser focused" on preparation for this weekend's snow, coming days after the overnight standstill on Interstate 95.

Renée Thompson Truehart often posts pictures, videos and memes on TikTok, Facebook and Instagram. So when she came across a toddler wandering in the middle of a dark street in Highland Springs in freezing temperatures, she started recording video from her phone even before she stopped her car to help the child.

FREDERICKSBURG — Jerrianne Sheffield’s mother-in-law recently sat in an emergency room for 26 hours, waiting to be seen as she struggled to breathe.

According to a search warrant, Giles County Historical Society directors became aware that money was missing, then learned that a debit card was being used to withdraw funds.

marijuana plants grew inside the Propagation Room at gLeaf Medical, a medical marijuana dispensary selling a variety of cannabis products in Richmond.

Sen. Adam Ebbin (right), D-Alexandria, hugged Sen. Louise Lucas, D-Portsmouth, a co-patron of his bill to legalize marijuana, on Friday as debate continued during the state Senate floor session at the Science Museum of Virginia. The bill passed moments later, 23-15. 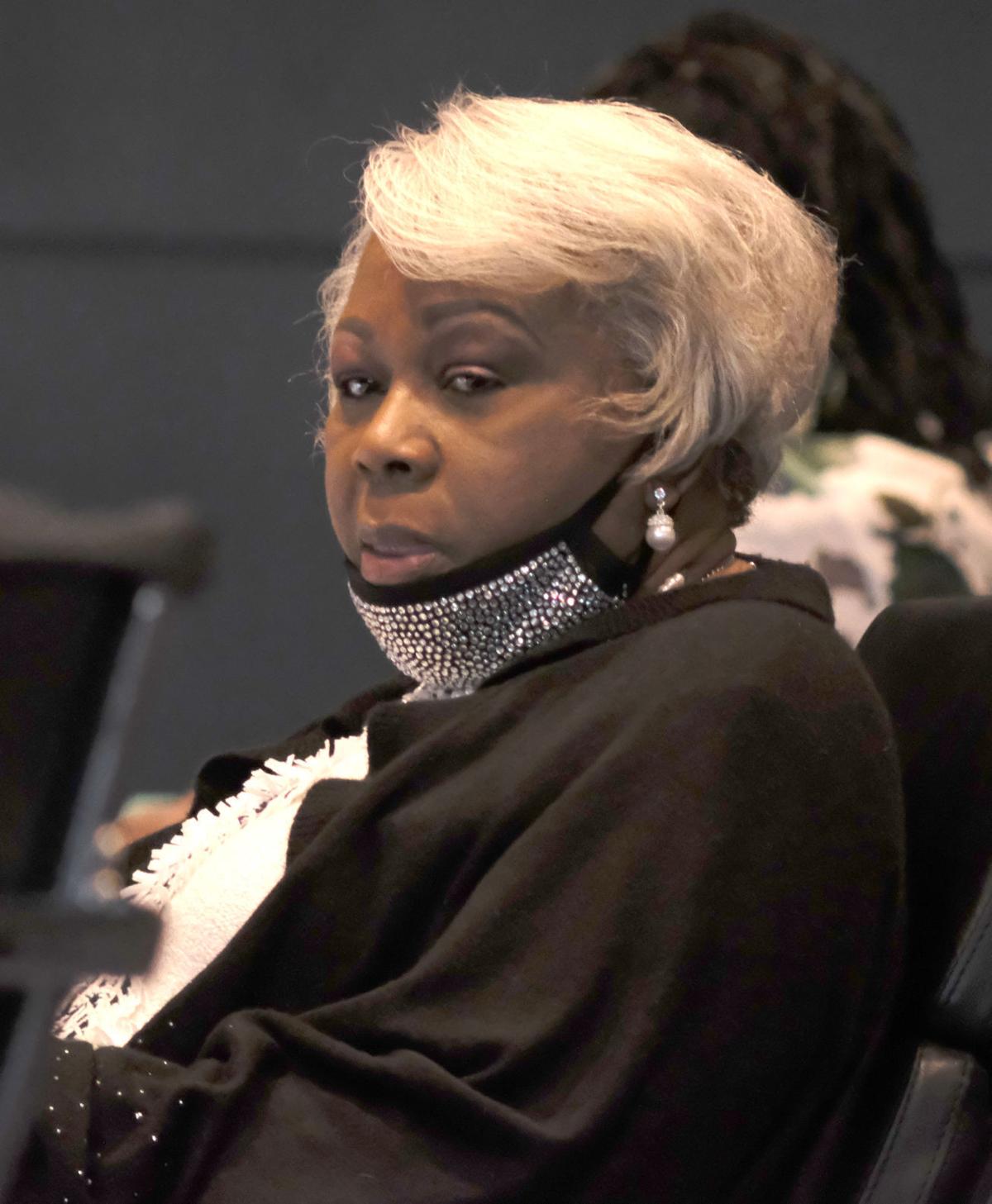 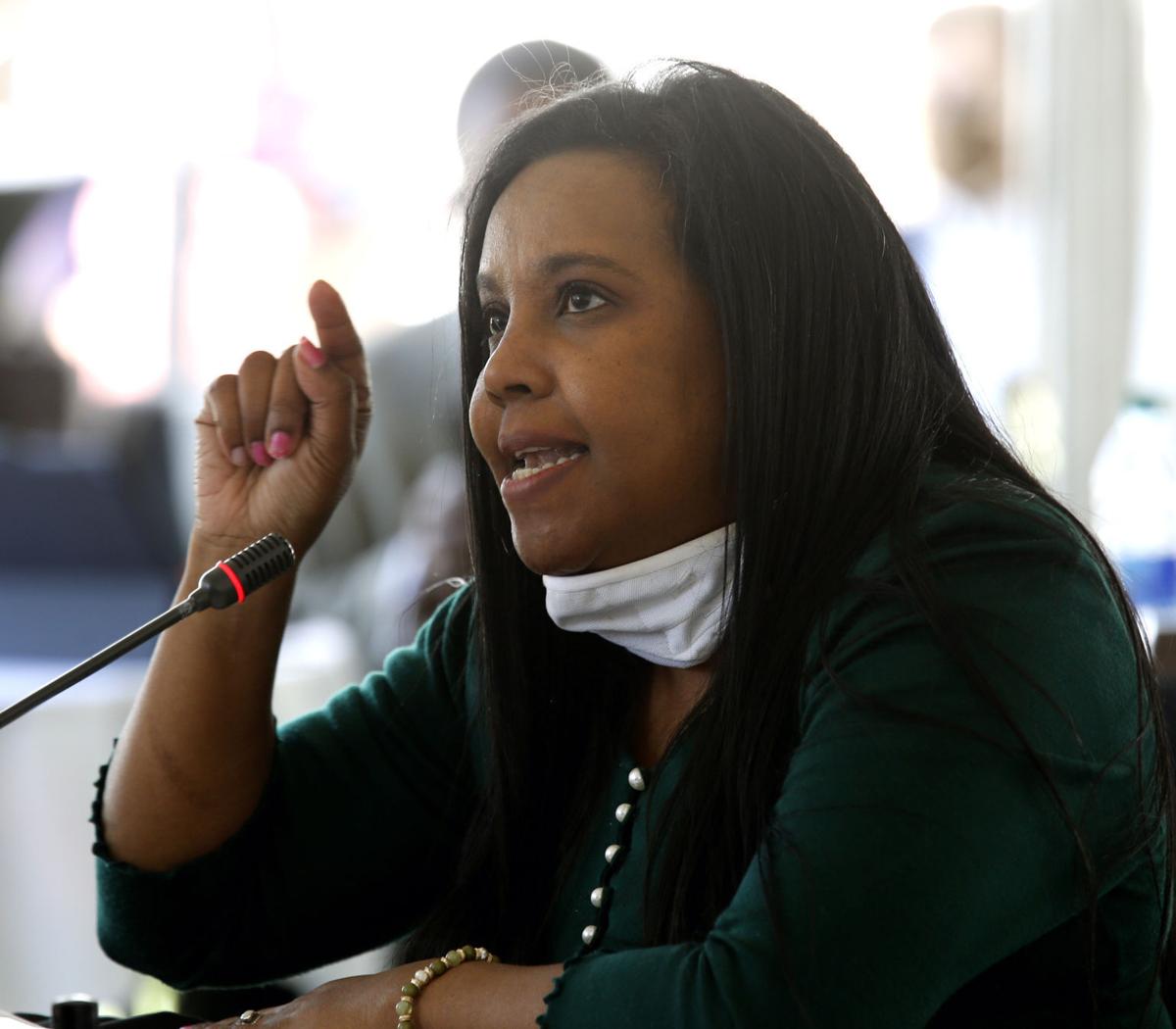