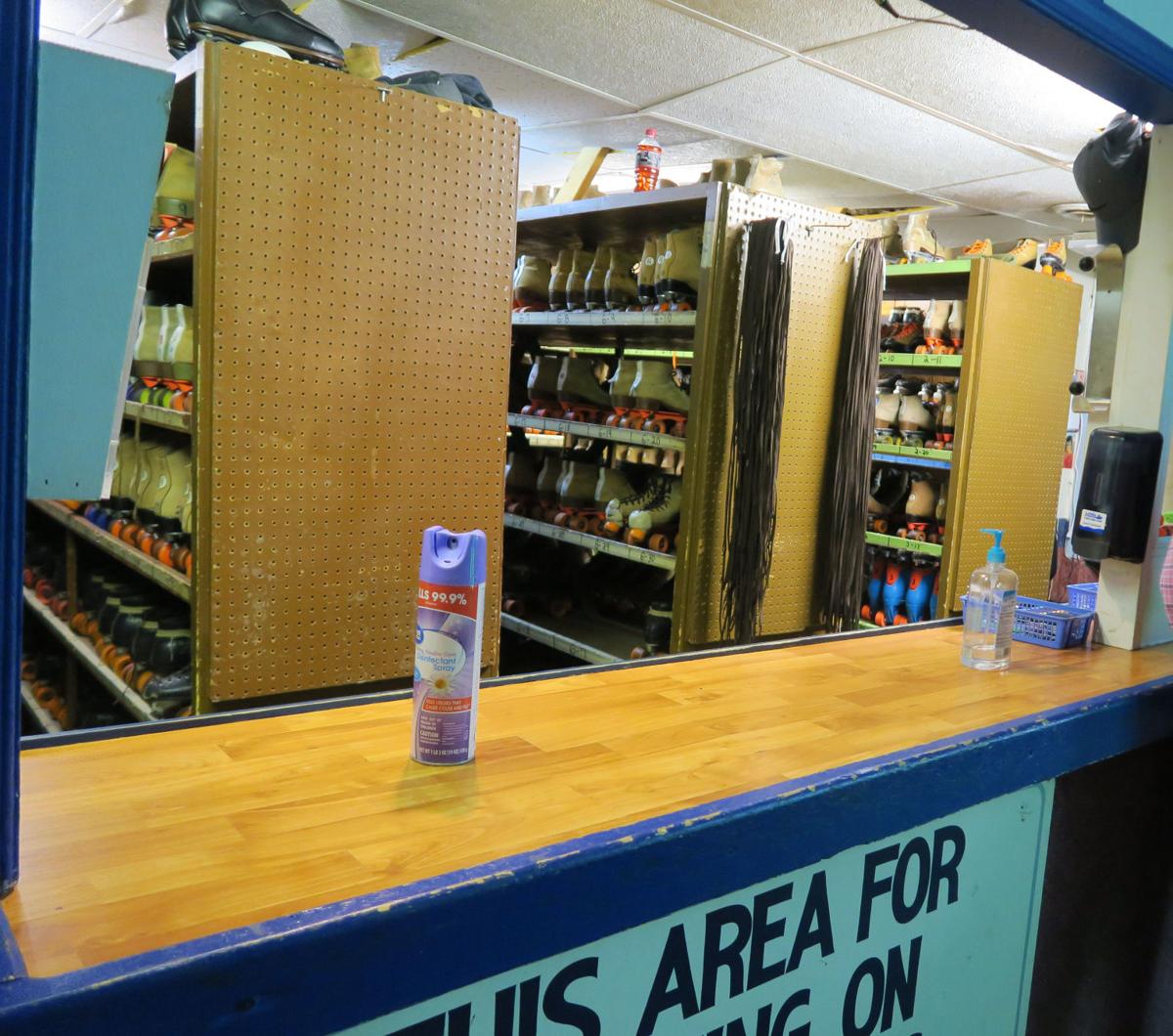 Dominion Skating Center on Route 229 in Culpeper County was recently sold after being shuttered by COVID-19 in 2020. 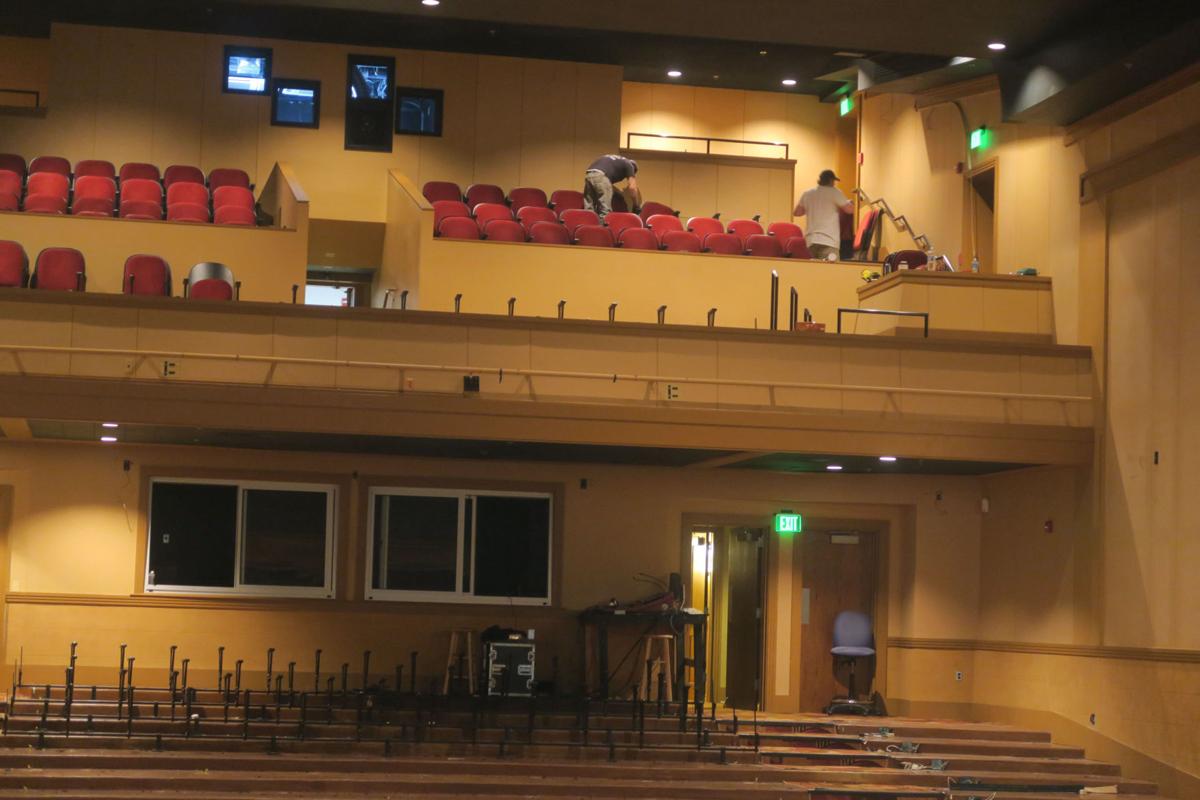 Seats are removed from the State Theatre’s balcony in 2018 after the moviehouse was sold at foreclosure auction. The former Pitts Theater had a short run as a live-arts center before being converted for business and restaurants.

The only movie theater in Culpeper has fallen on many months of hard times and may not survive, like theaters worldwide trying to operate in a pandemic and can’t pay their rent.

Built on land owned by the town of Culpeper in the year 2000, the 13,624-square-feet Regal Culpeper Movies 4 at 210 S. Main St. operated for the next 20 years, attracting popcorn and candy-toting movie goers from the region to blockbusters screened in its four theaters.

Regal Culpeper closed in March of 2020 when COVID-19 arrived and remained so for most of the year, opening for barely a month in the fall before shutting down again in October.

Now, its landlord – the town – is moving to terminate the lease it holds with Regal due to an estimated $50,000 owed in back rent.

Town Council also instructed staff to pursue other tenants for the property originally built in 1999 by RC Theaters Management Corp. or renegotiate its current lease with Regal Cinemas, a Tennessee based company purchased in 2018 by UK-based Cineworld.

The movie chain and its parent company are now struggling to survive amid prolonged global closures due to COVID-19.

The Guardian reported in November Cineworld had secured financial lifelines worth $750 million to weather the pandemic and had managed to cut rental costs after agreeing abatements and deferrals with key landlords.

Regal Cinemas did not immediately return requests for comment about the future of the Culpeper theater or its back rent due to the town.

Kartel said the original theater lease on town land was good for 20 years, through 2020, with an option for five more years, which Regal enacted last year.

A lease provision also allowed the town an option for early termination of the agreement if there were no movie operations for a period of 120 days, the treasurer said.

Regal Culpeper was closed nine months of 2020 and has not opened at all in 2021.

Kartel said on Thursday he had been in talks with theater representatives about the situation and they indicated the company’s continued issues with cash flow nationwide.

Upon termination of the lease, the theater becomes the town’s property, he said.

Kartel said he did not know if the theater would qualify for any of the town’s local pandemic-relief grant programs or other state or federal relief. A current town program is offering up to $10,000 in rent and mortgage relief to qualifying small businesses.

“It’s in the best interests of the town for this property to be used for the benefit of the citizens and the taxpayers,” he said.

Town staff will be working to find the best use available for the building and bring that to town council for review, Kartel said.

The town-owned parking lot behind Regal has alternately been considered through the years as a site for a parking garage and at one point in the early 2000s, a conference center, both of which never materialized.

The historic State Theatre across from Regal Culpeper operated as movie theater from the late 1930s until its closing in the 1990s, at which time it was also a Regal Theater.

Investors spent millions renovating the State Theatre as a community arts house that also screened films and hosted a few big names and it operated as such for a few years before closing in 2016 and getting sold at a foreclosure auction. The old theater now houses a bakery, wine bar and climbing gym in the backside former stage area.

Culpeper’s other moviehouse, the Packard Theater, in the Library of Congress facility on Mount Pony, used to show free classics on the weekends. But it, too, has been closed since March due to the pandemic.

In other news of fading local entertainment, Dominion Skating Rink on Route 229 was recently purchased. According to the listing agent, the new owner is still trying to determine a future plan for the site. It is unknown at this point if it will remain a roller rink. The pandemic shut it down as well.

Local entrepreneur and small businessman Brandon Miles had hoped to raise enough capital to purchase the rink and keep it open for local youth. He grew up skating at the place and held special community events there, and at the Regal Theater, as an adult.

"It's nothing for the kids to do now," Miles said in a message Thursday. "A landmark is gone and the kids have no outlets there."

Dominion Skating Center on Route 229 in Culpeper County was recently sold after being shuttered by COVID-19 in 2020.

Seats are removed from the State Theatre’s balcony in 2018 after the moviehouse was sold at foreclosure auction. The former Pitts Theater had a short run as a live-arts center before being converted for business and restaurants.