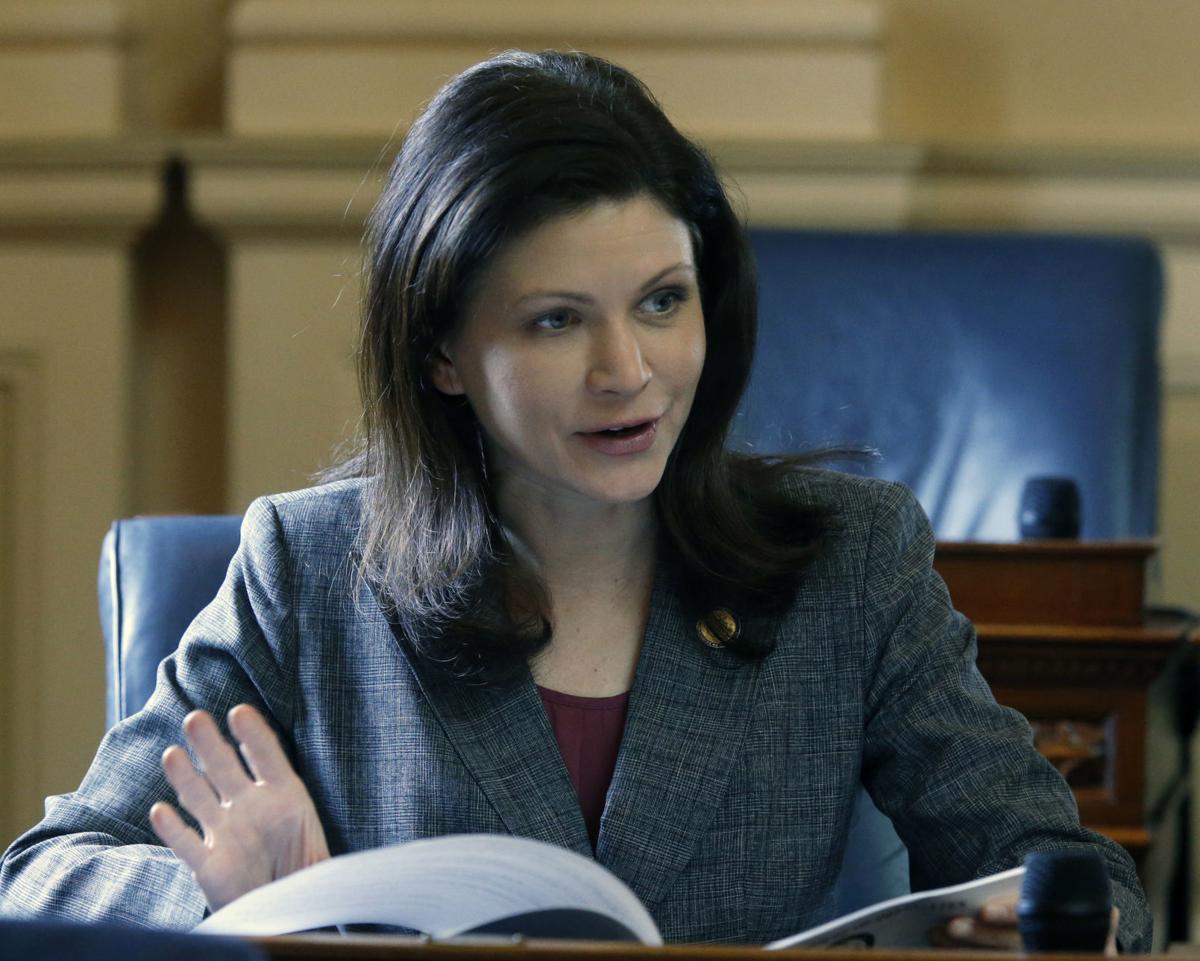 Del. Karrie Delaney, D-Fairfax, talks with one of her colleagues during the floor session of the Virginia House of Delegates in Richmond, VA Wednesday, Feb. 12, 2020. 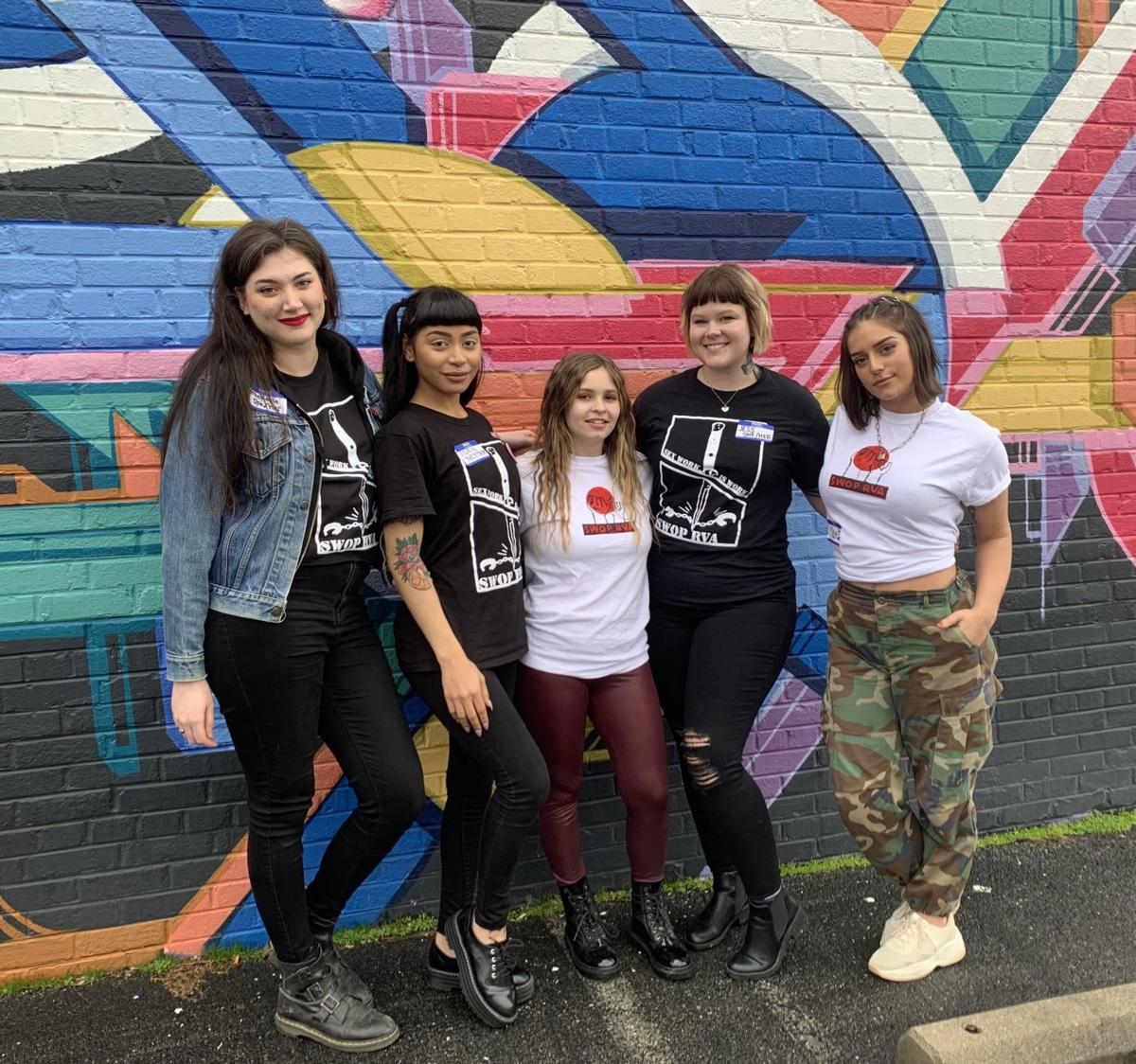 Organizers with the Sex Worker Outreach Project of Richmond 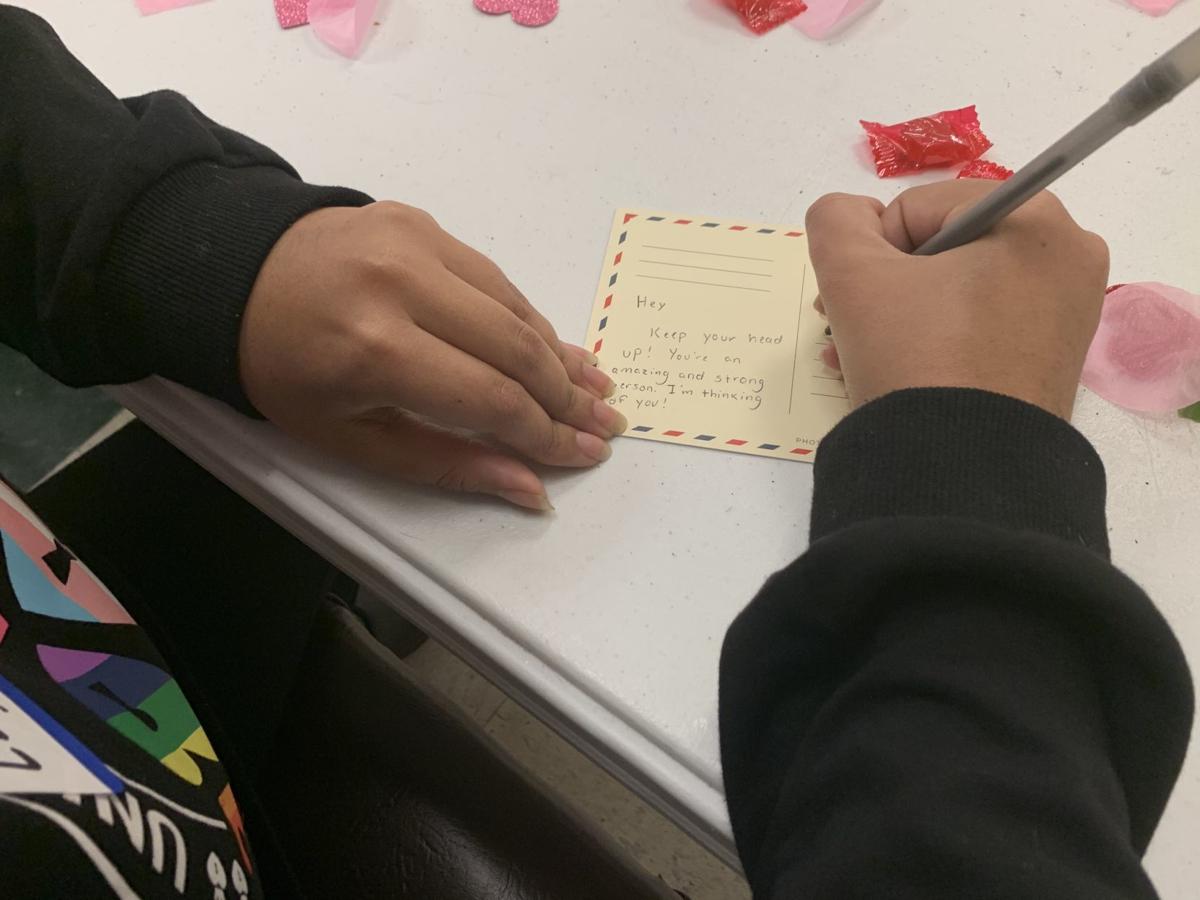 When a man from New York was seen leaving a Henrico County massage parlor on Nine Mile Road in 2018 with a large sum of cash during a police investigation, detectives thought they finally found their smoking gun.

But prosecutors knew it would amount to a misdemeanor charge for what they saw as a much more serious offense.

“We really could do nothing,” Henrico Deputy Commonwealth’s Attorney Mike Feinmel said of the result of a 6-month-long sex trafficking investigation.

While Virginia enacted a commercial sex trafficking law in 2015 to give authorities tools to address what law enforcement sees as a growing problem, officials say it didn’t go far enough. About 1 in 6 arrests made under the law through June 30, 2018 — 65 in total — ended in convictions, according to the State Crime Commission, which recommended lawmakers expand the definition of prostitution to aid prosecutors going after massage parlors suspected of being involved in human trafficking and other criminal activity.

A bill to do just that sailed through the House of Delegates earlier this month and appears poised to clear the state Senate, but not without robust discussion about the potential impact on sex workers. The proposal from Del. Karrie Delaney, D-Fairfax, would add the “touching of intimate parts of another with the intent to sexually arouse or gratify” to the legal definition of prostitution.

The move has some activists and lawmakers questioning whether new anti-trafficking initiatives and laws are punishing consenting adults and doing more harm than good.

“Once it becomes law, it becomes someone’s personal judgment for who [police] will arrest,” said Jess Dillon, an activist with the Sex Workers Outreach Project of Richmond, the new local branch of a national organization. “Police officers have notoriously not been kind to sex workers.”

The group is part of a national effort to decriminalize sex work that argues the legal system has long punished sex workers and their customers in unequal measures, leading to criminal records that make it difficult for workers to find other jobs, housing and social acceptance.

From 2014 to 2018 in Virginia, there were nearly 1,300 prostitution convictions recorded, but only 489 convictions for solicitation, according to a State Crime Commission report.

Even still, prosecutors like Feinmel, who helped draft the 2015 law, say authorities are focused on helping victims of sex trafficking, not criminalizing them.

Anti-trafficking advocates say people from China and Southeast Asian countries are often coerced to work in the parlors to pay off debt they owe to loan sharks or traffickers whom they paid to bring them to the United States.

Feinmel said law enforcement has tried in some cases to go after parlor operators by pursuing felony money laundering and sex trafficking charges, but that prosecutors are often having to drop charges or settle for business license violation charges or misdemeanors such as “maintaining a bawdy place.”

The Polaris Project, an organization that advocates for human trafficking victims, estimates that 9,000 illicit massage parlors in the U.S are exploiting employees to perform sex acts on clients. A yet-to-be-released study estimates that there are 200 in Virginia, Delaney said.

“While there may be individuals who are consensually participating in this kind of business, I think the evidence is clear that it has a strong correlation to human trafficking,” Delaney said in a Senate committee hearing last week.

Still, some communities are considering whether decriminalizing sex work would do more to help and humanize people in the industry. Last fall, the Washington, D.C., City Council considered a bill to eliminate local penalties for exchanging sex for money, but declined to recommend a vote on the measure due in part to opposition from people who said it would embolden sex traffickers.

In Richmond, the new local branch of the Sex Workers Outreach Project (SWOP) is opposing the new prostitution bill, saying it would further criminalize a marginalized community.

The activists, as well as some lawmakers, said the new law would make it easier to subject some sex workers to criminal charges and deportation.

Del. Lee Carter, D-Manassas, one of the four delegates who voted against the prostitution bill in the House earlier this month, said he’s concerned the expanded definition of prostitution could further criminalize sex workers, lead to deportations and subject workers to having their possessions taken by police under civil forfeiture.

“Any of these outcomes will make things worse for the people this bill seeks to help, not better,” Carter said.

SWOP RVA members say they want the public to have a better understanding of sex work. On March 2, The Broad at 209 N. Foushee St. will host the group for a community discussion with sex workers, activists and academics about the industry.

“Every person I know knows a sex worker, whether they know it or not. It’s more so about bringing to light that you live with these people every day and include them in society until you find out they are a sex worker,” Dillon said.

Feinmel said he understands why there’s distrust of law enforcement, but said he hopes that people will begin to see that prosecutors and police officers today are trying to leverage the justice system to help victims of sex trafficking.

“If the conversation begins with the assumption that law enforcement and prosecutors are focused only on criminalizing, it breaks down the ability to have a dialogue,” he said. “Our long-term goal is to reduce our jail populations, not increase it. We want to give folks the opportunity to change their lives without criminalizing them.”

On Wednesday, a Senate committee advanced Delaney’s bill. Sens. Scott Surovell, D-Fairfax, and Joe Morrissey, D-Richmond, were the only ones to vote against recommending it, echoing concerns that members of SWOP RVA have raised.

During the discussion, Sen. Jennifer McClellan, D-Richmond, said she supports the bill but wants there to be more focus on the root of the issue.

“Too often ... there is no focus on prosecuting the real reason for the trafficking, and that is the customer,” she said. “If we don’t start going after the customers, human trafficking will never end.”

Del. Karrie Delaney, D-Fairfax, talks with one of her colleagues during the floor session of the Virginia House of Delegates in Richmond, VA Wednesday, Feb. 12, 2020.

Organizers with the Sex Worker Outreach Project of Richmond 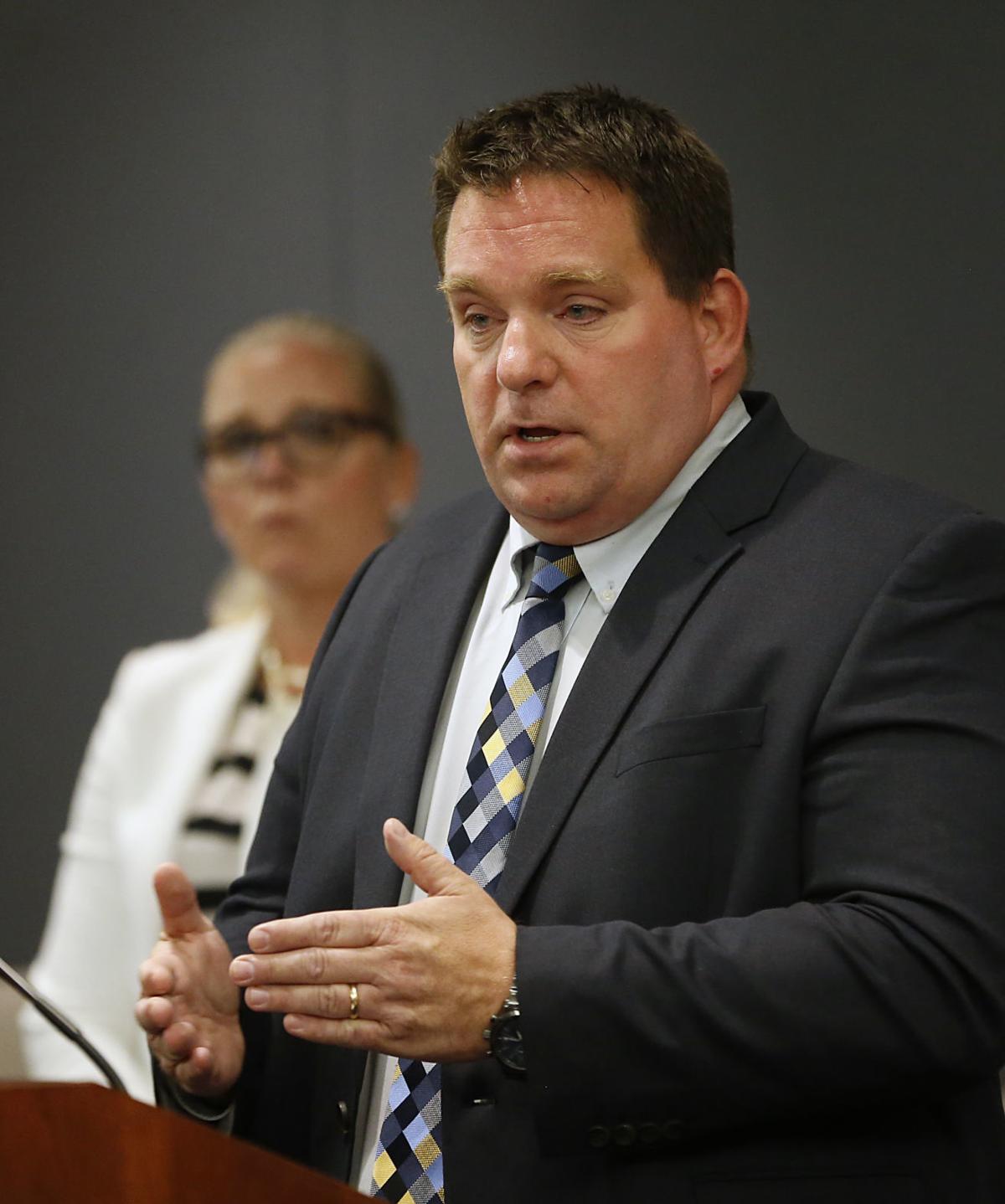 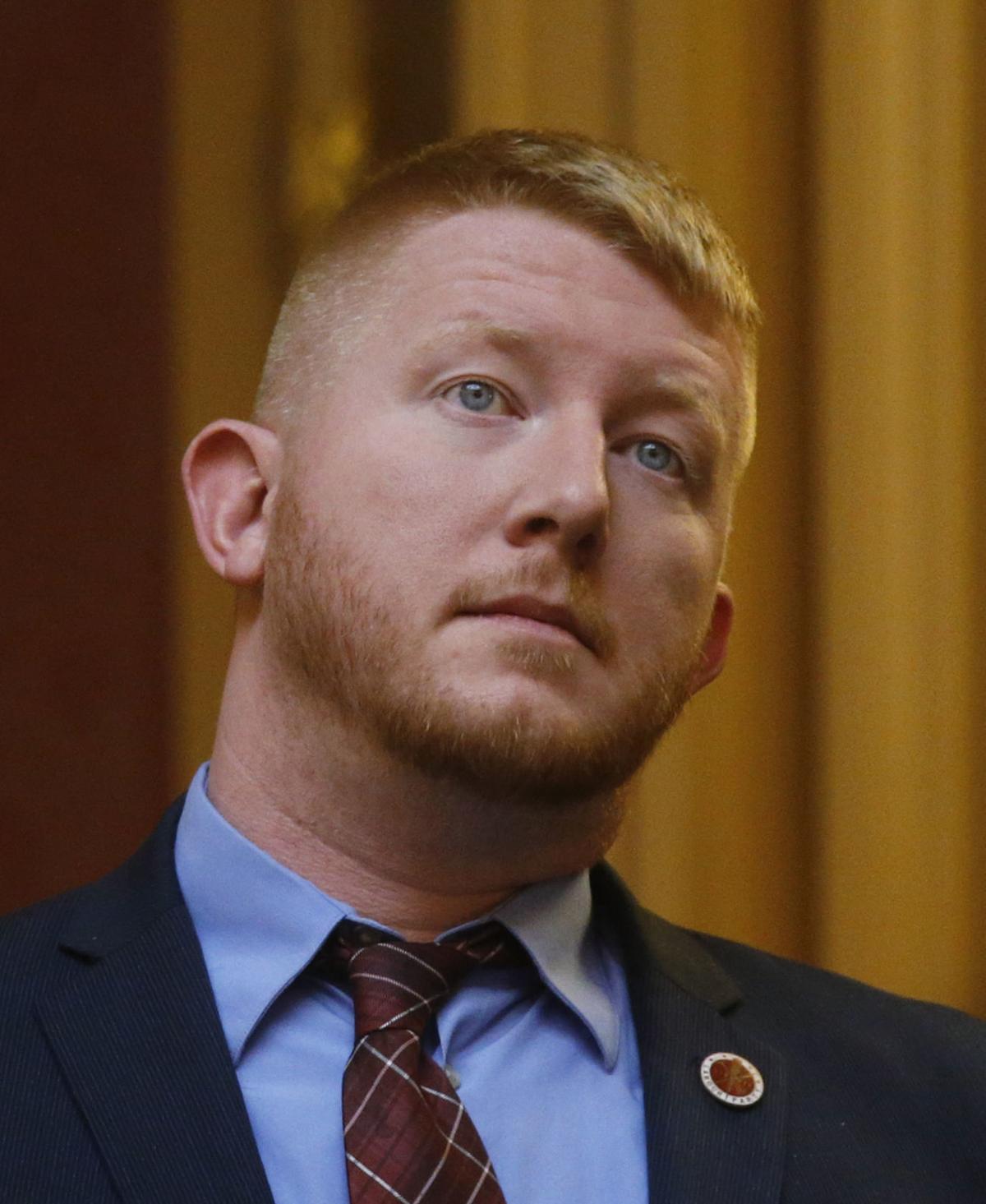