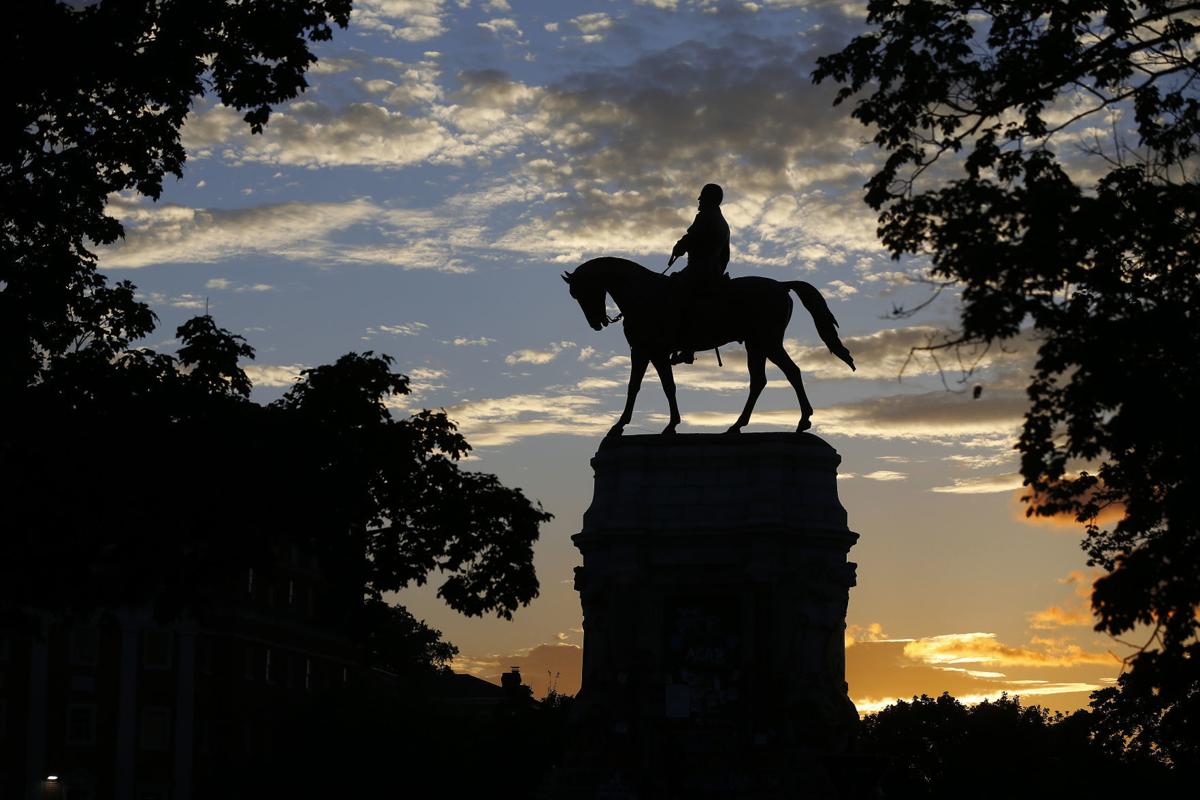 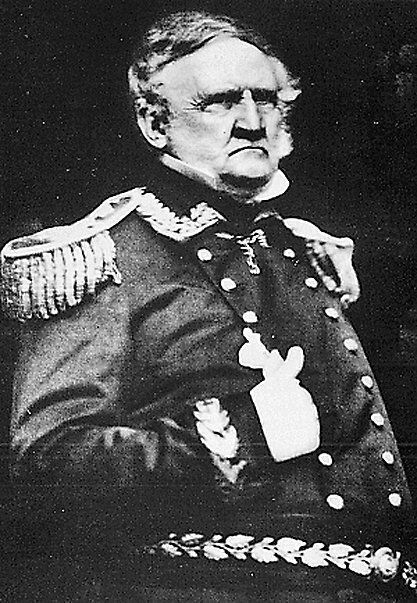 Gen. Winfield Scott, born near Petersburg, developed the Anaconda Plan as the best way to defeat the Confederacy. Ultimately, in the hands of Gen. Ulysses S. Grant, it succeeded. 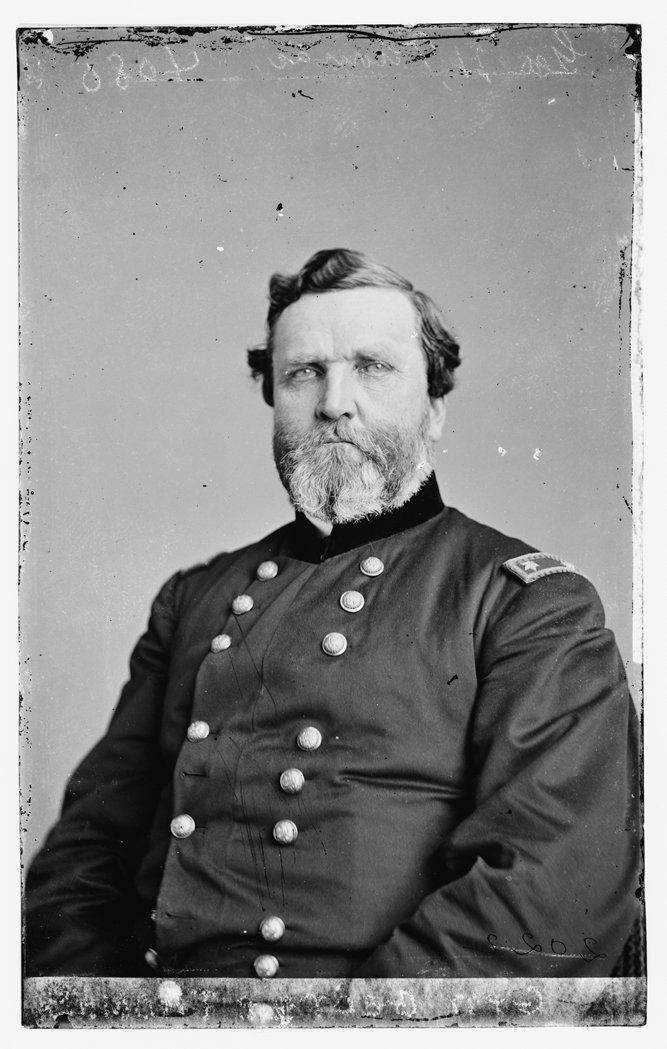 I have been torn by the removal of the statues from Richmond’s Monument Avenue. Part of me wishes they could have remained in place and interpreted as Civil War icons of men who were heroes to some people but villains to others. Regardless, they were symbols of a dark time in our nation’s history.

I grew up in a small Middle Tennessee town that overwhelmingly voted for secession in 1861 and whose citizens joined the Confederate army in large numbers, paying a huge price as a result. The town square features an obelisk with hundreds of names inscribed on it of those who died for the South, including one of my great-great-grandfathers.

In my youth, I became fascinated with the Civil War, of course, from a Southern white perspective. I fantasized about a great victory by Robert E. Lee at Gettysburg and ultimate Southern independence. A picture of Lee hung on the wall in my room. I cheered for our City High School Rebels and, along with my all-white fellow students, waved Confederate flags and sang “Dixie” at athletic events.

The Civil War heritage of Virginia Military Institute (VMI) in part drew me to it as my college of choice. An image of Stonewall Jackson appears on my VMI class ring and a Confederate battle flag is a prominent component of our class crest.

I cannot ignore that part of my life, but over the years my assumptions and beliefs about the war have changed. As I studied that war and its causes from different perspectives, I found it harder to side with the South in the nation’s bloodiest clash of arms.

Also, the evolution of my thinking coincided with the civil rights movement of the 1960s. For the first time, my eyes were opened to the injustices that whites had imposed on Blacks in the century following the Civil War.

I no longer could ignore the fact that the Confederacy largely was founded for the defense of slavery. As Confederate Vice President Alexander Stephens asserted in 1861, “Our new government is founded upon … the great truth that slavery … is [the Negro’s] natural and normal state.”

In 1861, a commissioner to the Texas secession convention voted for his state to secede from the Union proclaiming, “The people of the slaveholding states are bound together by the same necessity and determination to preserve African slavery.”

Even though I might not have thought of it this way, the men represented by those statues tacitly had been agents of a government founded on perpetuating human bondage. As noble as those men might have been portrayed by their artists and admired by whites, including me at one time, they chose to fight for the wrong side in this most tragic of American wars.

The other reason for my change of heart is best answered with a question: What if the South had won the war? I shudder to think of the consequences. Not only would we have had two countries to begin with, I suspect that more nations would have been carved out of the remaining states and territories similar to the seven countries that make up Central America.

They might have had a common language and similar cultural traits, but a Balkanized continent with periodic border disputes and conflicts among the various nations more than likely would have resulted. Other questions rise assuming Southern victory.

What about the fate of slavery? Scholars contend that it probably would have lingered for decades more, perhaps not dying out until the turn of the 20th century, following Brazil, the last country to free its slaves.

Some historians speculate that the Confederacy would have attempted to annex Cuba either by negotiation or war with Spain. Would the U.S. government have stood idle and prevented that from happening, or would it have intervened by invoking the Monroe Doctrine?

What would the consequences have been in the 20th century? Had the South won the Civil War, the U.S. probably would not have become the mighty “Arsenal of Democracy” that helped lead to Allied victory in World War I, and played a crucial role in defeating Nazi Germany and Imperial Japan in World War II. More than likely, it would not have been able to oppose Soviet hegemony and eventually see its collapse in the face of American might.

Instead of those alternatives, the nation that emerged from the Civil War grew into the greatest in history within a matter of years, far from perfect, but one that became a beacon of freedom and opportunity, or in the words of Abraham Lincoln, “the last best hope on earth.”

Whom then should we honor for their roles in the Civil War? Two native Virginians come to mind. Both clearly helped save the Union. One was Gen. Winfield Scott, born and raised near Petersburg, and the other was Gen. George H. Thomas from Southampton County. When it came time for them to decide whether to resign their commissions in the federal army and join the Confederacy, both remained loyal to the Union.

Thomas became one of the Union’s greatest generals, winning every battle he fought and implementing many modern innovations with the armies he commanded.

They, along with 16 other native Virginians, who remained loyal to the country and went on to become generals, are my real heroes of the Civil War. At long last, they deserve recognition for their service under the Stars and Stripes rather than the stars and bars.

Charles F. Bryan Jr. is president and CEO emeritus of the Virginia Historical Society. He began writing essays for the Richmond Times-Dispatch in the 1990s. Bryan is coeditor of “Eye of the Storm: A Civil War Odyssey” and “Images from the Storm: 300 Civil War Images by the Author of Eye of the Storm.”

HOLLIFIELD: Tales from the Bigfoot beat

One of the perks of being a small-town journalist in western North Carolina is the opportunity to work the Bigfoot beat.

What is HIPAA? 5 questions answered about the medical privacy law that protects Trump's test results and yours

People want data privacy but don't always know what they're getting

Gen. Winfield Scott, born near Petersburg, developed the Anaconda Plan as the best way to defeat the Confederacy. Ultimately, in the hands of Gen. Ulysses S. Grant, it succeeded. 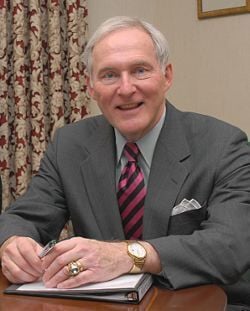