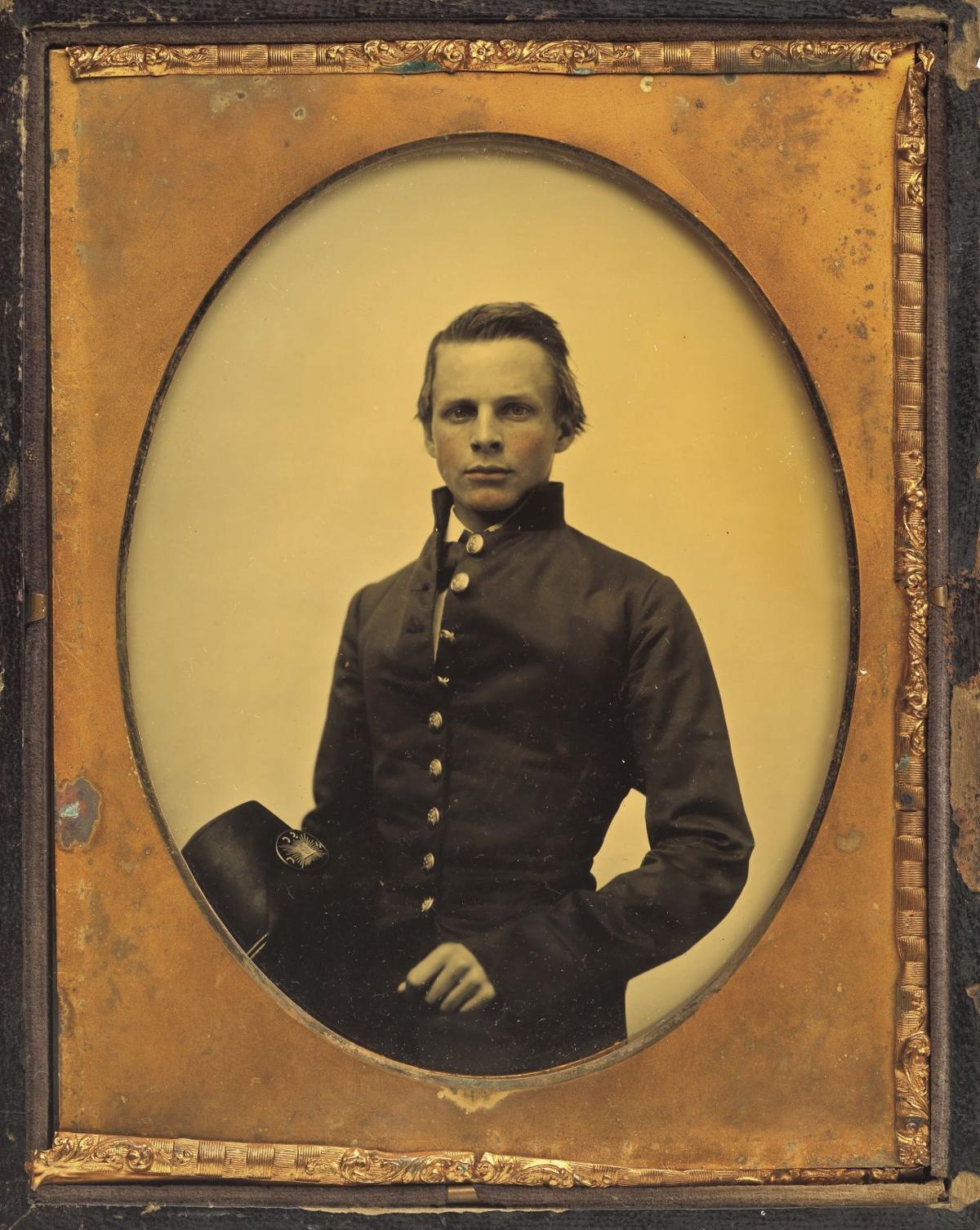 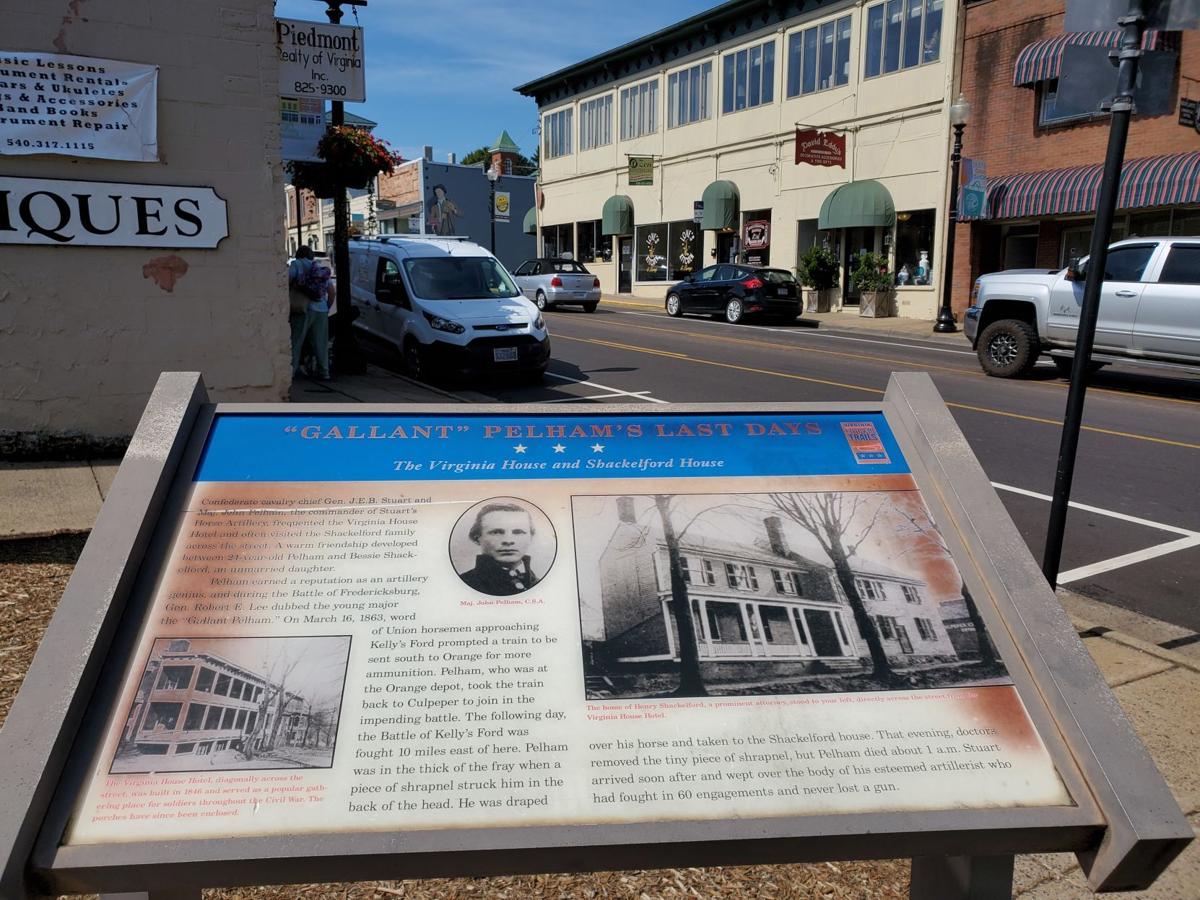 A wayside marker on Culpeper's Main Street, across from the Civil War-era Virginia Hotel (right), notes the nearby site of Confederate Maj. John Pelham’s death in a private home.

The purpose of this letter is to rebut some of the comments made by Culpeper County resident Joe Daniel about Confederate Maj. John Pelham in the Dec. 20 Star-Exponent news article, ”Joe Daniel still beating drum to rename Culpeper’s Lake Pelham.”

When I was Pelham’s age, I was a lieutenant leading an infantry platoon in the Army’s 101st Airborne Division in Vietnam. So, it should not be a surprise that Daniel and I differ in our perspectives about Pelham, who was mortally wounded March 17, 1863, at Kelly’s Ford on the Rappahannock River, and died that night in the town of Culpeper.

First, Daniel referred to Pelham as a “slaver.” My dictionary defines a “slaver” as a person who trades in slaves. Pelham was certainly never a slaver. In fact, it appears unlikely that he personally owned slaves.

His father, a doctor and farmer in Alabama, owned slaves. Pelham did not own slaves while a cadet at West Point. When Pelham went off to war in Virginia, his father sent two slaves, Willis and Newton, with him.

Daniel asserted that “Pelham does not reflect the values or the character of the people of the town of Culpeper in any way shape or form.” That should not be unexpected since Pelham died of his wounds almost 158 years ago.

But it seems likely that Pelham did reflect the values of many of those who lived in Culpeper at the time. While Pelham was resigning from West Point in the spring of 1861 to enter Confederate military service, the white male residents of the county were approving Virginia’s ordnance of secession by a vote of 1,051-to-0.

Daniel further asserted that if Pelham’s “name were proposed today (as the name for Culpeper’s reservoir), it would be treated exactly like Lee Harvey Oswald who killed John Kennedy and James Earl Ray who killed Martin Luther King.” I find it offensive that Daniel chose to compare John Pelham to two cowardly murderers, and am sure that many residents of Culpeper feel the same. If Daniel has any evidence to support this claim regarding the views held by Culpeper residents, he should provide it to the Star-Exponent’s readers.

Daniel also referred to Pelham as a “traitor.” The issue of whether those who fought for the Confederacy committed treason is complex. Secession was extensively debated before, during and after the Civil War and need not be debated further here.

Presently, while it is common to refer to Confederates as traitors, I think it is relevant to note that none of the officers and men who served in the Confederate army were tried and convicted of treason after the Civil War. And President Andrew Johnson put the matter to rest with his blanket pardon on Christmas Day 1868. I might also point out that Jefferson Davis, the president of the Confederacy and a West Point graduate, was not prosecuted as a traitor.

Finally, Daniel dubbed Pelham as “disgusting” and “a despicable character.” Without further explanation, I cannot address Daniel’s justification for these slurs.

I can say, though, that Pelham’s reputation was made on the battlefield, and that I have found no contemporary source who considered Pelham disgusting or despicable. He was a bold and talented leader who was praised at the time by Confederate officers J.E.B. Stuart, Thomas J. “Stonewall” Jackson and Robert E. Lee.

Historians since have confirmed Pelham’s reputation as an outstanding artillery commander. While I do not support Pelham’s choice to fight for the Confederacy, or his apparent acceptance of slavery, I respect his skills and competence as an artillery commander. There was probably none better, either North or South.

It is appropriate for the Culpeper Town Council and the county Board of Supervisors to consider the wishes of residents when naming public property. But it should be apparent from my discussion above that history is complex and nuanced.

Both residents and elected leaders need factual information on which to make their decisions. They do not need an opinion-laden screed such as was provided by Daniel.

Joseph McKinney, a resident of Corrales, New Mexico, was president of the Brandy Station Foundation

LETTER: We must agree to disagree peacefully

The year 2020 has been nothing short of a challenging year from many angles for us all.

LETTER: Partisan politics has no place in schools

As a citizen, parent and grandparent of students in the Culpeper County Public Schools, I am concerned about the politicizing of the School Bo…

It is time for Culpeper to look at its history with an open view.

LETTER: Capitol attack was not a patriots' act

The definition of a patriot is “a person who vigorously defends his county.”

In movies of the Old West when a large group of misinformed townsfolk gathered behind a small band of evildoers, bent on a lynching, the sheri…

LETTER: Trump should be censured, not impeached

A wayside marker on Culpeper's Main Street, across from the Civil War-era Virginia Hotel (right), notes the nearby site of Confederate Maj. John Pelham’s death in a private home.