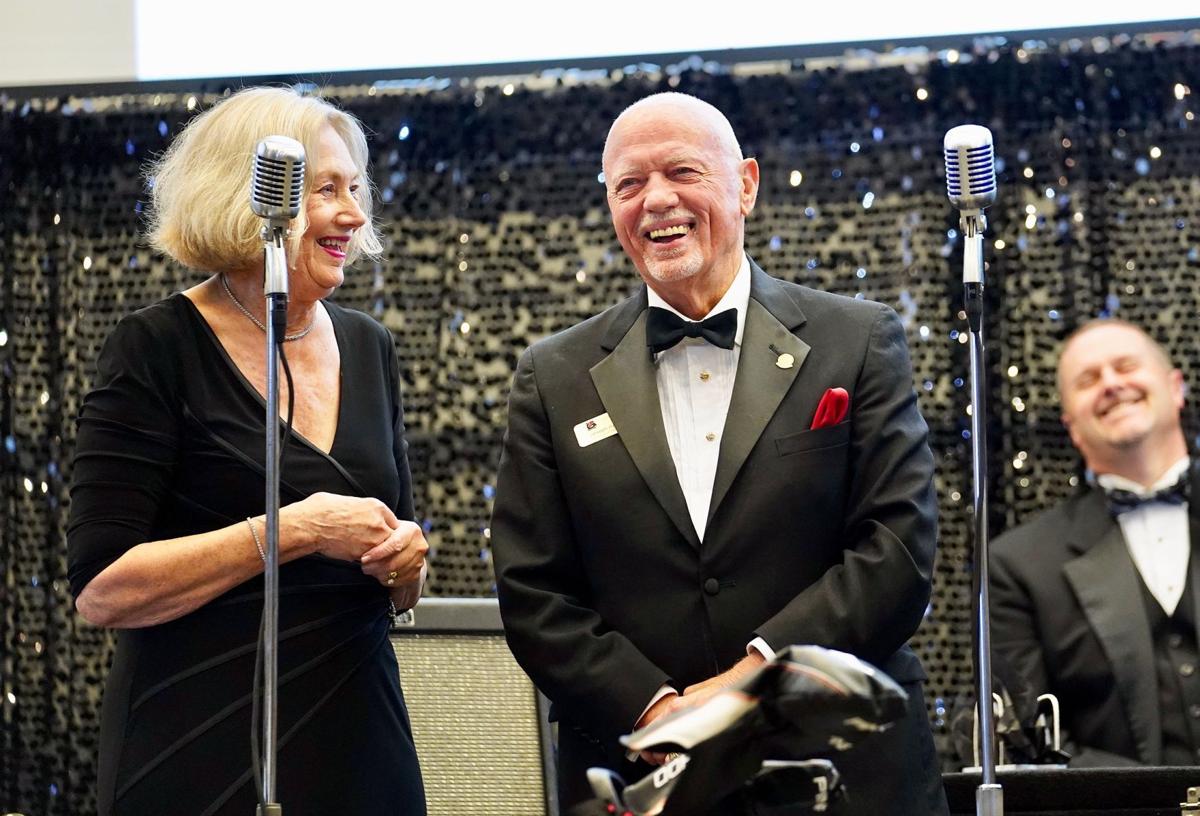 When Culpeper businessman Joe Daniel was in high school, he was a typical boy of the 1950s, he says. Consumed by sports, cars and girls, “I was a very mediocre student,” he admits. After graduation, he scraped together just enough resources to keep those youthful ventures going. Shacking up with several buddies, he spent a semester at East Carolina University, “pretending to go to college,” he says. But his luck ran out quickly.

Months later, with a steady job, Daniel thought he was finally on his way to redemption. But then came another rude awakening. While earning $1.25 per hour, he was next up for a raise—expecting at least another 50 cents. He got a dime.

In a moment of clarity, “When I got that 10-cents-per-hour raise, I saw I had no real future,” he says. “Not unless I could get a degree.”

But the odds of returning to college were slim, Daniel says. Neither of his parents graduated high school. And though he came from a loving and supportive family, there just weren’t enough resources. Then he had a stroke of luck.

In the fall of 1962, the University of Virginia (UVA) opened an extension service in his hometown of Madison, Va., just 5 miles from his house. Working at a nearby gas station, he scraped together just enough money to attend. After lackadaisically making his way through high school and squandering a semester at East Carolina, “I didn’t mess it up this time,” he says. Instead, he became an ‘A’ student, eventually transferring to UVA’s main campus, where he earned a degree from the McIntire School of Commerce.

Later, he founded two successful businesses: Culpeper Wood Preservers and Jefferson Home Builders. In the end, that dime-per-hour raise became a blessing, because “I became a student that day,” he says.

Opportunities like the one Daniel found in Madison are hard to come by for economically challenged students, even these days. And he’s never forgotten that second chance he received at UVA’s extension.

In the 1980s, he found a way to give back—paving the way for others who might be in similar situations, by supporting students at his local community college. Over time, what began with one small scholarship became a passion, he says.

Daniel has since led a team that secured more than $3 million for the Virginia Foundation for Community College Education (VFCCE), a foundation that supports Virginia’s students and 23 community colleges, broadening access to education, while narrowing equity gaps.

As to why he’s done it, “It’s all about the satisfaction that comes from seeing people improve their life situations and ultimately the situations of their families,” he says. “That’s why I created that first scholarship for Germanna Community College—just a little scholarship back in the mid-1980s. Then, one thing led to another.”

But there is one population that he’s particularly drawn to helping.

“Most of the students who go to four-year schools have had a pretty straight line in life,” Daniel says. “Some of the students at community colleges—in particular those who come from foster homes—many of them haven’t had any wind in their sails at all,” he says. “Matter of fact, most have had anchors to swim with. And that makes life nearly impossible.”

In 2019, Daniel and his wife worked with VFCCE to create the Joe and Linda Daniel Student Success Fund for the Great Expectations program, to encourage youth to pursue associate degrees, earn workforce certifications and transfer to four-year colleges.

Statistics show that his intentions are aimed in the right direction. According to the journal Pediatrics, 6% of all children in the U.S. will find themselves in foster care before they’re 18 years of age. Meanwhile, more than 23,000 age out each year, 20% of whom become instantly homeless.

Under those circumstances, “How do you get a car?” he asks. “How do you get the money for a deposit on an apartment?” he adds, much less go to college. “You can figure it out on your own, but it’s a heck of a lot harder when you have absolutely nothing backing you.”

To Daniel’s point, according to Pediatrics’ data, there is a less than 3% chance that those who age out of the foster care system will earn a college degree at any point in their lives.

While four-year institutions can share the wealth of endowment funds supported by alumni donations, in order to help students along, community colleges lack those support systems, Daniel points out. For this reason, he sees VFCCE and similar foundations as essential.

By contributing to the foundation’s efforts, “I don’t know all the ins and outs of it, but I trust the community college system and I trust VFCCE’s leadership to spend the money wisely,” he says. “I don’t have the expertise. And I don’t have the time, either. But I’ve got a little bit of resources, and you just have to invest it in a place where you think you’re going to do the most good for the widest range of people.”

Community colleges can foster youth in a critical period, he and others suggest. “There’s a whole lot of growing up that happens between the ages of 18 and 21,” he says, “and going to community college for two years can be transformational—not only in terms of opportunity, but in terms of maturity.”

Daniel also has a personal story that he says compels him to help this population. As a child, one of his school mates was a foster kid.

“He was just one of us,” he says. Until, one day, he disappeared. “When they found him, he’d frozen to death,” he says. “I don’t know whether he tried to run away from home or what happened, but … he was gone. There was never any sign of any wrongdoing that I know of, but that’s always been something in the back of my mind—the situations children like this face,” he says. “I always think about that boy.”

In his opinion, community college should be free for foster children, “no matter what.”

In the meantime, his efforts make second chances real opportunities.

Drew Vass is a freelance writer in Richmond. He wrote this article on behalf of the Virginia Foundation for Community College Education, the supporting arm of Virginia’s 23 community colleges.

I fell over the curb at Dollar Tree on Wednesday, Sept. 8, and broke two teeth and split both lips.

LETTER: McAuliffe should not be governor again

McAuliffe should not serve in Virginia state office again. Previously, McAuliffe, as governor, unconstitutionally restored the rights of over …

LETTER: Why does the landfill still close at 4 p.m.?

I am told by the “old-timers” in Culpeper that the landfill has, since the beginning of the service, been open until 7 p.m. However, since the…

Two things to note before you vote:

COMMENTARY: A humble request from a Roanoke-area family doctor

Recently The Roanoke Times ran a story ("Vaccinations, masks urged," Sept. 10) with a plea from Wrenn Brendel, senior nursing director at Carilion Roanoke Memorial Hospital stating, “We want your help” as front-line workers are “… overwhelmed and disheartened,” and I wanted to emphasize that plea and offer some information. We are in this together, and I am hopeful we can all work together to save lives. The vaccine seems less sinister and mysterious when you understand how it works, and I believe everyone should have access to that information.

As a parent, grandparent, taxpayer, and former teacher, I will be voting for Elizabeth Hutchins for the Stevensburg district position on The C…

ACHTER: Help protect our community, and relieve our health-care workers

Since February 2020, your small but mighty local public-health team has been working nonstop on the COVID-19 pandemic...We are tired. Your health-care workers are tired.

LETTER: Remeikis has the experience needed for the job

Pranas Remeikis has been in public service for most of his adult life—25 years as a Special Forces officer, and 16 years as a member of the Cu…