America needs a wake-up call. We’ve grown more politically divided than ever before, and these divisions have become explosive; 1 in 3 Americans today support the use of violence in protecting their way of life.

And on top of that, we have elected officials in office supporting dangerous conspiracy theories that only make matters worse.

We saw firsthand on Jan. 6 where this kind of divided and paranoid political discourse leads. If there’s a future for the American republic, we must make big changes and we need to make them now.

The problem is that our political system today incentivizes extremism and polarization. Candidates for office compete in hyperpartisan primaries where the most successful politicians are those who appeal to the most radical minority of constituents.

It would be hard to overstate the scope of the problem with partisan primaries. In a new report, Unite America has made some truly shocking discoveries about the way our primary process legitimizes and exacerbates extremism in both parties.

Due to a combination of partisan gerrymandering and geographic self-sorting, 83% of congressional districts lean so strongly Democrat or Republican that the only election of consequence is the primary election. Despite record turnout in the 2020 election, the report found that just 10% of eligible voters nationwide had a voice in a primary of consequence.

Think about what that means for a minute. In one of the most important election seasons of our lifetime, a mere 10% of voters effectively decided the makeup of 83% of Congress.

Our partisan primary system outright disenfranchises the vast majority of voters from having any influence in who gets sent to Washington, D.C. And as polling data consistently has shown over the years, the tiny minority who do get a voice almost overwhelmingly identify as more extreme than the average American voter.

This unconscionable situation goes a long way toward explaining how 93% of congressional incumbents won re-election in 2020, despite absolutely abysmal approval ratings with the general public.

In our nation’s hundreds of “safe” districts, minority party voters and millions of independent voters are locked out of the primary process. Why should we expect our politicians to fight for the real interests of all Americans when the political process itself discourages them from doing so?

What’s more, I’ve learned the hard way through my own political career that Democrat and Republican political party machines exert their own perverse influences on our already broken primary process. These machines make money off of the political process, and they’ll only nominate the candidates who they think will play ball with their moneymaking schemes.

When I ran for re-election in 2020, I couldn’t even get on the Republican ballot solely because I wouldn’t kowtow to the party line. I officiated a same-sex wedding, publicly challenged conspiratorial thinking in the Republican Party, and fought for sensible, moderate views on the real issues impacting my district.

But power-hungry party officials didn’t want an independent-minded candidate; they wanted someone who would rile the conservative base and rake in donations.

Putting its full support behind my opponent, the district’s GOP put together a drive-thru convention in a church parking lot with only 2,500 delegates voting, effectively deciding the GOP nominee for my district with only 0.3% of the population.

Unfortunately, my story is one among many. The vast majority of our politicians today don’t run for office out of a genuine desire to serve our country; instead, they run as self-serving careerists, party insiders and tribal loyalists.

This only further accelerates the drift of American politics toward ever-increasing polarization. Why heal divisions when you and the party you serve can profit off of them?

The good news is that we know a reform of our primary system is possible. Opening up our primary elections to unaffiliated voters would break the spell of extremism and undermine the power of party machines by enfranchising the millions of independent voters who have lost their voices.

We can get bolder, too. Recently, Alaska became the first state to replace partisan parties with a single nonpartisan “Final-Four’’ primary voting system, where all voters can participate and the top four winners will advance to the general election.

Whoever earns a majority of voters, using an instant runoff method, will win. This kind of reform not only liberates leaders from being “primaried” by the base of their party, but also helps level the playing field for third-party candidates.

The bad news, of course, is that we face an uphill battle. The people who hold power over the primary process won’t give that power up without a fight, and career politicians won’t want to get off the gravy-train of extremism and division.

But the battle is worth waging. America is in desperate need of courageous and principled public servants who put the people and the good of the republic above tribal interests and political fame. There are vanishingly few such politicians left today. The surest and best way to get more of them is to fix our broken primary election system.

The processing of live animals into human food is a significant part of agriculture and is regulated to protect consumers, an important govern…

If you think Republicans are hidebound, backward-looking and resistant to change, we are here today to tell you that you’re wrong.

I started veterinary school in 1997. I don’t know when I saw my first “saddle thrombus,” but it was before then.

COMMENTARY: A proposal: Harmony in lieu of unity

COMMENTARY: Give Local Piedmont spreads needed resources across the region

One thing this past year has illustrated is the good that can be accomplished if we work together.

The U.S. Supreme Court’s decision in Tandon sends a clear and important message to state and local governments that they cannot trample religious liberty while exempting their political allies and favored industries — such as Hollywood and big-box retailers — many of which lobbied hard for special treatment.

The bottom line is the American Jobs Plan and its tax provisions will not harm small businesses but instead, through bold infrastructure investments, will stimulate local economies and benefit small businesses that provide goods and services.The result will be the economic benefits the 2017 corporate tax cuts promised and failed to deliver.

EDITORIAL: Same old districts are in play this year

Virginia’s new Redistricting Commission said earlier this month that although the commissioners will get new census data delayed by the coronavirus seven weeks earlier than anticipated, legislative candidates will still have to run under the old maps first drawn up by a Republican majority in 2011 and altered by the courts in 2019.

Richard Kyte: Why gun owners need a change of heart

Opinion: Why can’t those who own guns and know the most about them take responsibility for ensuring they're used safely and without malicious intent? 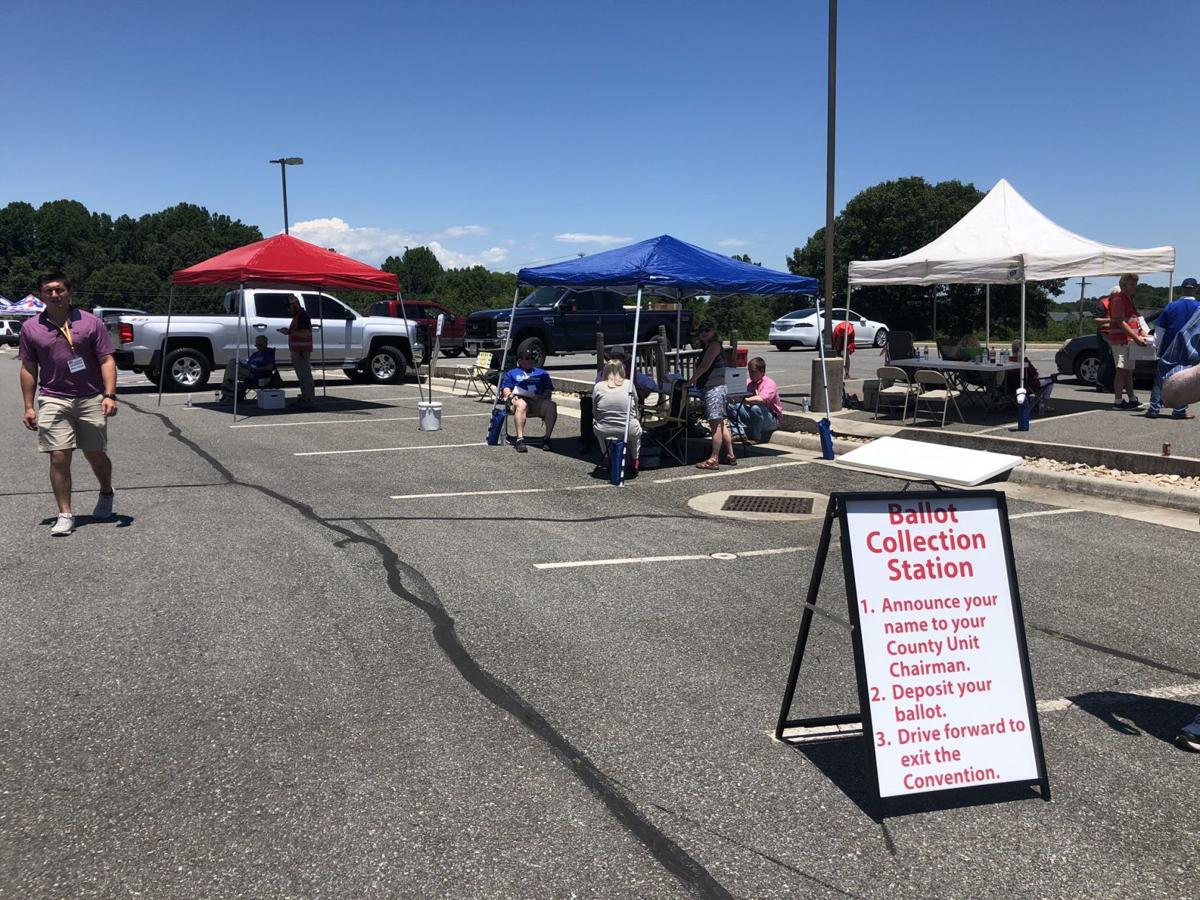 In June, 5th District Republicans used a drive-through voting method to choose their congressional nominee because of the coronavirus pandemic. 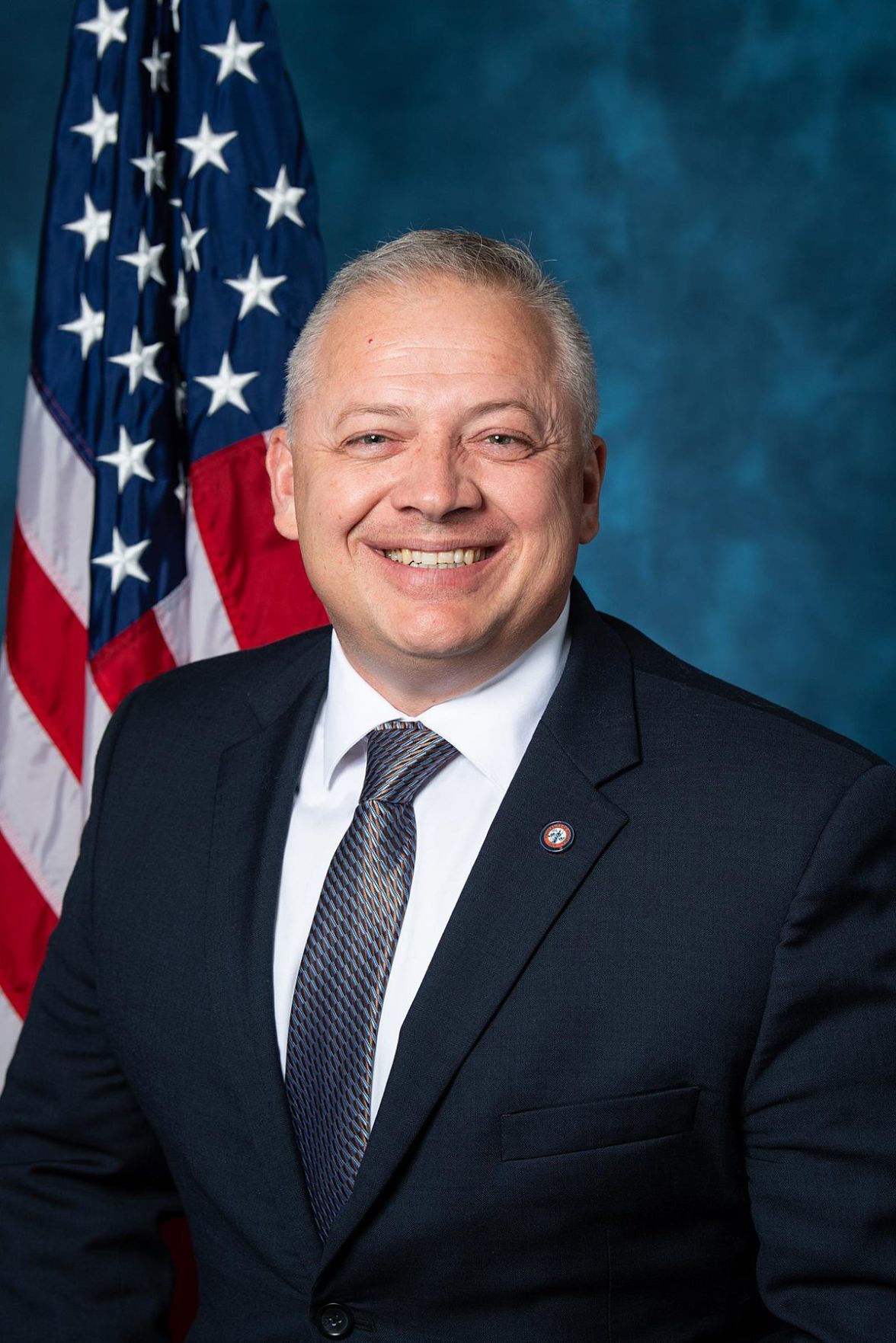