Dodgers vs. Rays: Updates from Game 1 of the World Series

COMMENTARY: Redistricting reform is good for business and employees
0 comments
Share this
{{featured_button_text}}
By Sarah Bonk

Alanea Manuel is an entrepreneur. At 36, she opened her own business—a hair salon in Alexandria. And this year, she had to consider whether she needed to close it due to the COVD-19 pandemic.

She is facing the same dilemma that thousands of business owners in Virginia face: uncertainty, and how to navigate it. Stephen Covey famously once said, “If there’s one thing that’s certain in business, it’s uncertainty.” But were he alive today, even he might have to agree that 2020 has pushed our adaptability to the limit.

To an extent, business thrives on uncertainty. The thrilling mix of inspiration and opportunity draws young entrepreneurs like Manuel. Yet, too much uncertainty becomes a weight that drags even the best business leaders down and our economy with them. All too often in the 21st century, our political system has been a cause of, rather than a counterweight to, uncertainty.

A well-functioning democracy in a healthy political system is in the best interest of both the public and businesses. It can help catalyze the seeding and growth of new businesses and industries. It can provide stimulus in a downturn, and bring resources to retraining or credentialing workers when long-term trends force an industry to pivot.

Unfortunately, a well-functioning system is not what we have. In 2017, Harvard Business School completed a report as part of the U.S. Competitiveness Project that came to a simple but devastating conclusion: “Our political system has become the major barrier to solving nearly every important challenge our nation needs to address.”

Partisan gerrymandering is nearly as old as the nation, and Virginia holds the notorious honor as the home of the first politician to rig his own electoral map. By letting elected officials draw the boundaries of their own legislative districts, partisan gerrymandering results in a system that drives out moderation and compromise, elevates the most extreme voices from both parties and leaves too many voters without a real choice on the ballot.

This election, Virginians have the chance to end it by approving an amendment to the state constitution that would create the commonwealth’s first-ever bipartisan redistricting commission.

It would mean that politicians no longer would be unchecked to choose who they want to represent. And for the first time in Virginia’s history, citizens would be a crucial part of this process—a citizen even will chair the commission.

It would mean that Virginians finally would create a fair process that replaces today’s outdated and discriminatory redistricting laws, ensuring that district lines aren’t drawn to favor one party over the other.

It would mean that the redistricting process finally would be transparent to government watchdogs and the average voter. This bipartisan, citizen-led commission would hold meetings across Virginia, and would share all data with the public.

But if the amendment fails, Virginia’s broken system remains, leaving the sole responsibility for drawing legislative districts in the hands of one party’s legislators, subject to backroom deals. It would mean more gridlock, more brinkmanship and fewer common-sense solutions to the problems we face together.

Manuel’s hair salon is holding on, for the moment. Without a new round of stimulus, she could be forced to close for good. Yet a polarized U.S. Congress has yet to provide a second round of relief to businesses. We need a political system that responds to the needs of its citizens, and ending gerrymandering is essential to achieve this.

She told The Washington Post that her business has managed to survive thanks to her most dedicated clients, who have been buying hair products and gift cards. She told The Post, “I have been in tears from the support that I’ve been getting from my clients. There’s no better gratitude.”

Manuel reminds us that there’s power in collective action. Broken political systems, like businesses under pressure, can be restored and even saved by the work of many people coming together in a moment of need.

This election, voters have the chance to save Virginia’s political system and ensure that voters choose their representatives, not the other way around. We have the chance to build a redistricting process that works. Vote “yes” on Amendment 1.

Sarah Bonk is the founder of Business for America, a nonpartisan business organization focused on restoring trust in our elections, reducing gridlock and polarization, and setting a positive example for business engagement in the political sector. Contact her at: bonk@bfa.us

Working at the Culpeper County Public Library, I have the great pleasure of getting to know many many members of our community. Over time, I s…

RUSSELL: Nick Freitas is who we need to defend conservative values

If you haven’t voted yet, you may still be undecided about who to support for 7th Congressional District. I would like to recommend my friend …

COMMENTARY: Having Judge Barrett on high court will be good for America women

Judge Amy Coney Barrett proves that the feminist narrative is wrong: Women don’t have to sacrifice their children on the altar of abortion in order to have successful careers.

REUTHER: Spanberger is a force for good on Capitol Hill

Abigail Spanberger is the real deal: an energetic, bipartisan legislator who listens to and serves her constituents.

LETTER: A vote for conservative values is critical

Our country faces several challenges that if not properly addressed, will successfully undermine our economic prosperity and further restrict …

A fight today about yesterday

An Oct. 11, 2020, letter to the Star-Exponent by Dustin Curtis (“Spanberger is no ‘independent moderate’) stated, “Virginia Public Access Proj…

We, the board of directors of the George Washington Carver Regional High School Alumni Association (GWCRHSAA Inc.), feel compelled to write. O…

STAFFORD: How do cattle really impact the environment?

Finding the facts is challenging and takes time, something we are often short of. So we take the easy route—I get it.

LETTER: Virus statistics can be misleading

I hate to see the coronavirus being used as a political weapon. I repeatedly hear “The U.S. has just 4% of the world’s population but 20% of t…

Brian Cannon, executive director of FairMapsVA, a nonprofit dedicated to the passage of Amendment 1, posed with some of his yard signs and bumper stickers in his Richmond office earlier this month. 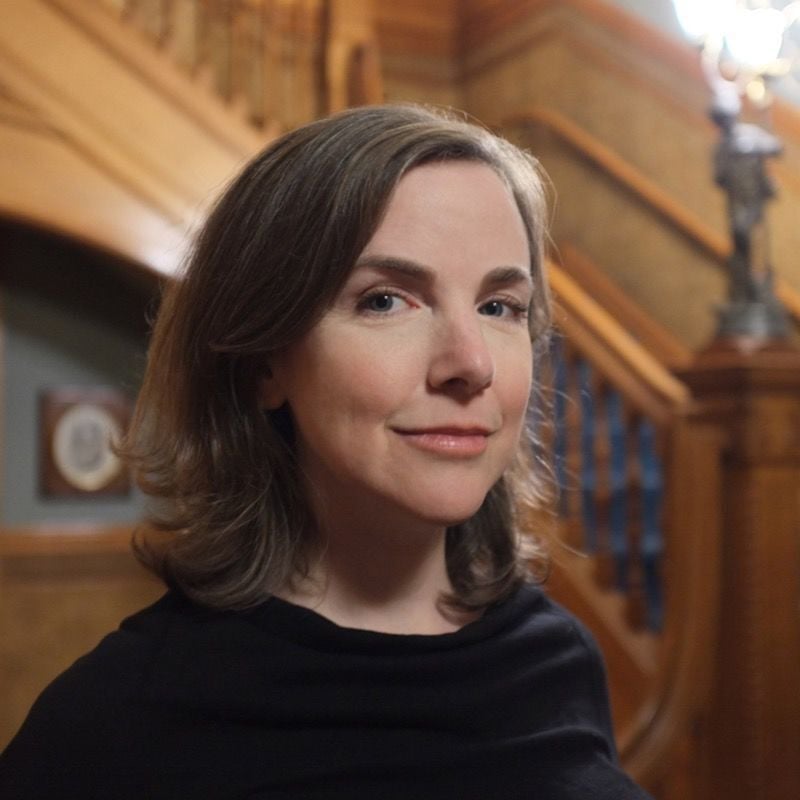