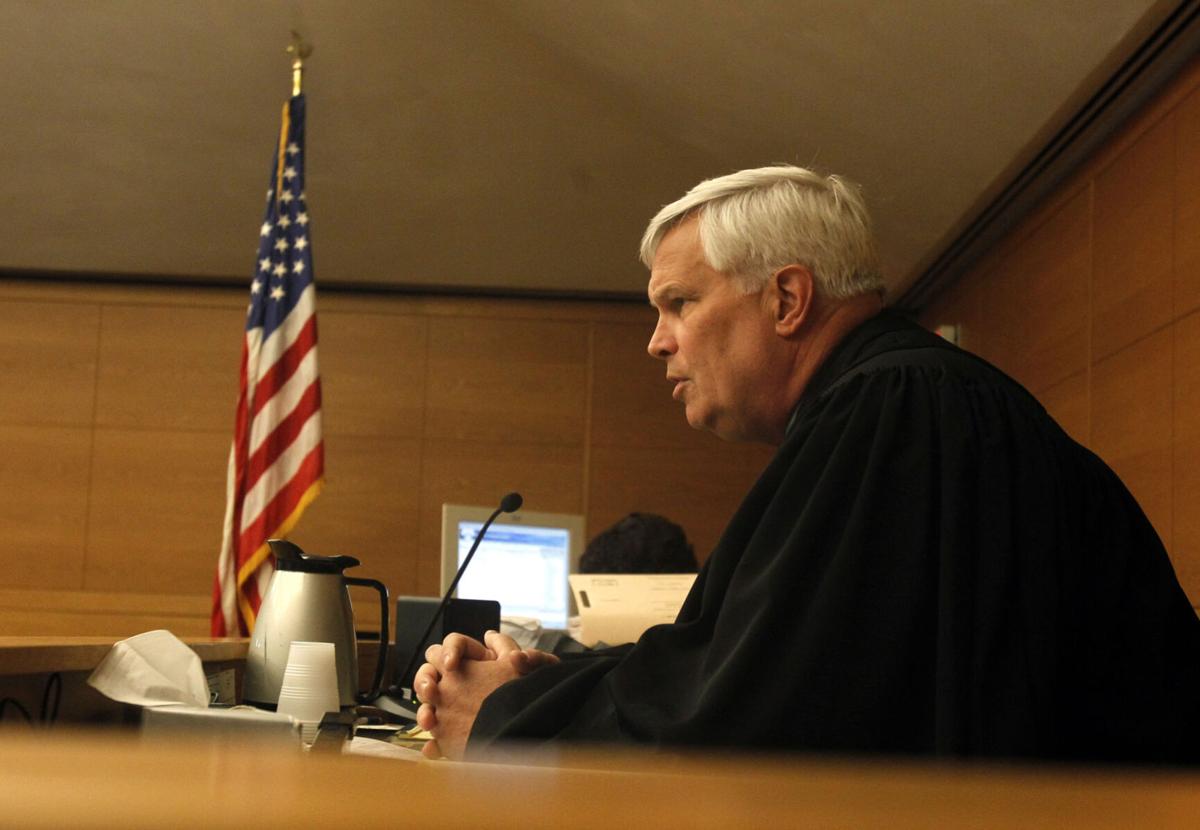 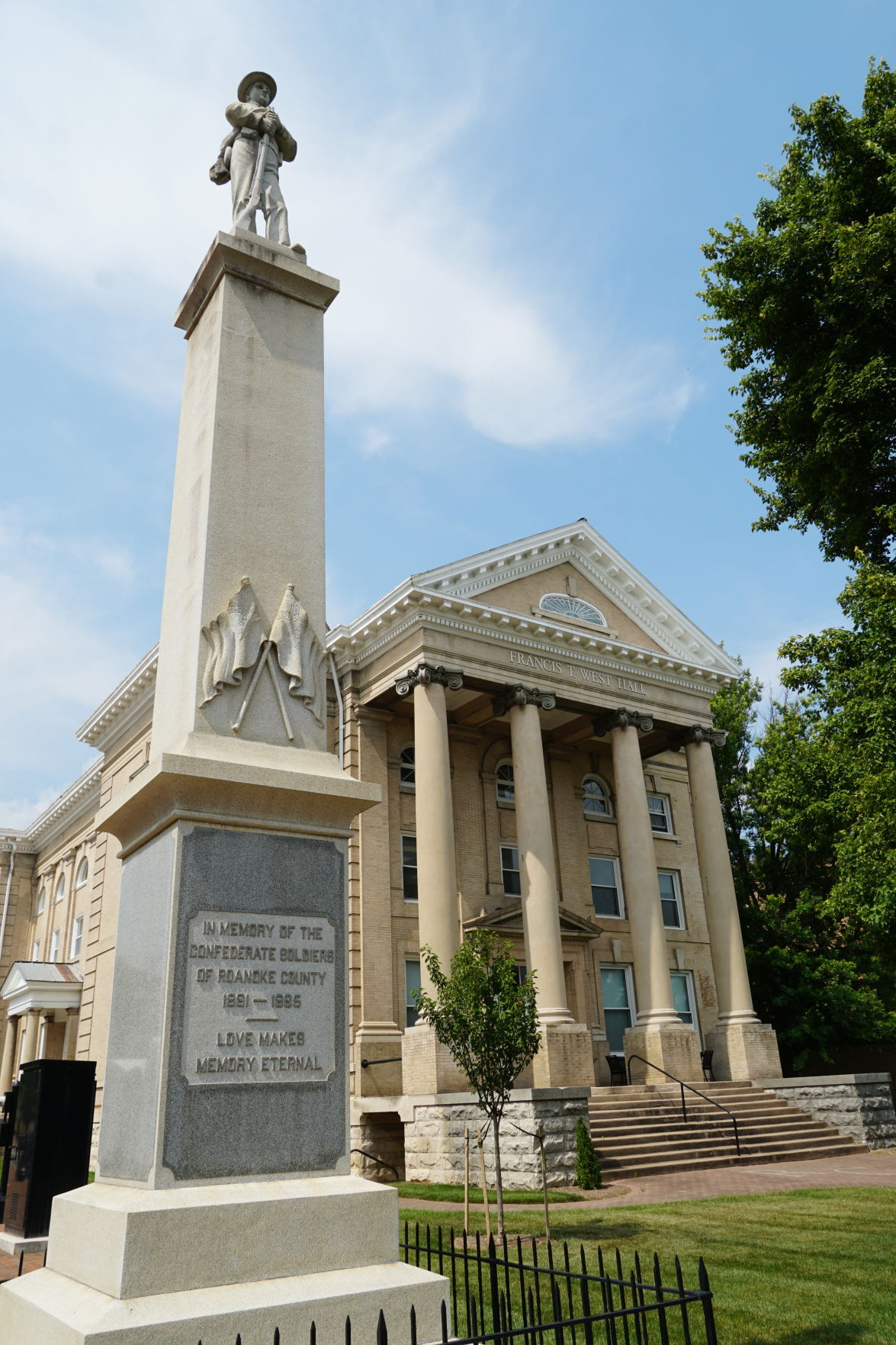 This is a remarkable order on many levels beyond simply our ongoing reappraisal of what the Confederacy was all about and whether those associated with it should be honored.

Here’s the most remarkable thing of all: This appears to be the first time in Virginia that a judge has ordered a statue outside the courthouse removed. You could fairly call this unprecedented.

There are multiple instances of judges ordering portraits of Confederate figures hanging inside a courthouse taken down.

In 2015, Judge Martin Clark ordered a painting of J.E.B. Stuart removed from his courtroom in Patrick County.

Earlier this year, Fairfax County Judge David Bernhard ruled that a Black defendant could not get a fair trial in a courtroom lined with pictures of former judges, some of them Confederate officers and slaveholders, and ordered them removed.

However, we can’t find any examples of Virginia judges unilaterally ordering statues removed.

Judges have ruled on statues—such as in Charlottesville—in the context of litigation over whether the city had the power to take the statues down.

Here, Circuit Judge Charles Dorsey acted on his own initiative and his own authority, which raises some fascinating legal questions.

Namely, could every Confederate statue outside courthouses across the state get taken down by judges who find their presence raises questions about the justice administered inside?

Botetourt County has been debating what to do about the Confederate statue outside its courthouse—a statue unique because it also references “the dark days” of Reconstruction, when Virginia actually experimented with multi-racial government.

Could a Botetourt judge simply gavel it away absent a pending court case? Under Dorsey’s precedent, the answer would seem to be yes.

The Confederate statue he has ordered removed isn’t even technically in front of the Roanoke County Courthouse, it’s next door in front of the old courthouse that is now owned by Roanoke College, although that property distinction is probably not always clear to passersby.

Dorsey addresses this in six-page letter that he sent to Jason Peters, chairman of the Roanoke County Board of Supervisors. It’s a fascinating and well-researched document—with legal citations and footnotes!—that ought to be read by anyone interested in the subject of Confederate statues, no matter your point of view. (It’s attached to the online version of this editorial.)

Dorsey tells us that “for some time I’ve had concerns” about the statue and hoped “that something would have happened.” After “a lot of thinking and reading,” he talked to Roanoke College President Michael Maxey, then Roanoke County Administrator Dan O’Donnell, who referred him to Peters. He says Peters asked for something in writing, which resulted first in that six-page letter June 23 and then the court order issued July 8.

Dorsey’s letter comes straight to the point: “The presence of the Confederate statue on the old courthouse lawn interferes with the administration of justice in Roanoke County.” He then spends the rest of the letter explaining how.

As with Judge Clark in his 2015 order, Dorsey talks about his pride in his Southern roots: “I am proud of the innate stubbornness that we all tend to have on matters that are near and dear to us. But that stubbornness must yield to reason, conscience, consideration of fairness for all of us. My heritage is defined by what I’m proud of, not having ancestors in the Confederate Army.”

Then he comes to this story: “Approximately two weeks ago I looked out my window in the courthouse and saw a young woman, who appeared to be African American, walk by the statue of the armed Confederate on Main Street. She turned right onto College Avenue and, without breaking a stride, looked up at the statue, looked down at the street, and began shaking her head.”

Dorsey said he could not discern her exact emotion but it “had to be a response to the simple question of ‘why?’ That question of ‘why?’ is one that I have had put to me frequently by the public, lawyers and other constituencies working within the Roanoke County Courthouse.”

He then goes on to give a history lesson about the role that slavery played in the Civil War, the role that glorifying the Confederacy played during the Jim Crow era, and how the “justice” of those years was often only justice for certain types of people.

“Formerly enslaved persons and generations that followed learned that the ‘rule of law’ too often did not apply to them,” Dorsey wrote. The implication: The presence of a Confederate statue outside the courthouse suggests it still doesn’t. “Symbols convey the power of meaning,” Dorsey wrote. “No one would suggest a Confederate flag or monument has any place in a courtroom.” By the same logic, it shouldn’t be outside the courthouse, either, “not 40 yards from the exterior wall of the present courthouse.”

Dorsey continued: “It does not matter the number of African Americans in Roanoke County; it does not matter whether any citizen is offended; it only matters that this monument’s message, in its present location, is offensive to the appearance of judicial fairness and neutrality, without hint of prejudice.” Accordingly, “there is a legal, intellectual and moral imperative to move the statue with all deliberate speed.”

Dorsey’s citations reflect the breadth of his thinking. They range from the late Virginia Tech Civil War historian Bud Robertson to the Pulitzer Prize-winning work of Richmond Times-Dispatch columnist Michael Paul Williams to “We Face the Dawn,” the book by Margaret Edds about civil rights lawyers Oliver Hill and Spottswood Robinson.

He says that as a student growing up in Roanoke County “all of us students were lied to” about the true nature of the Lost Cause.

For those curious about such things, it’s worth pointing out that Dorsey is not known as some liberal activist judge. He was named to the bench in 2002, when the General Assembly (which picks our judges) had a Republican majority.

When Judge Dorsey calls a Confederate statue a “large, ugly message” that “casts a literal and metaphorical pall on the administration of justice here in Roanoke County,” we all ought to listen. And not just in Roanoke County.