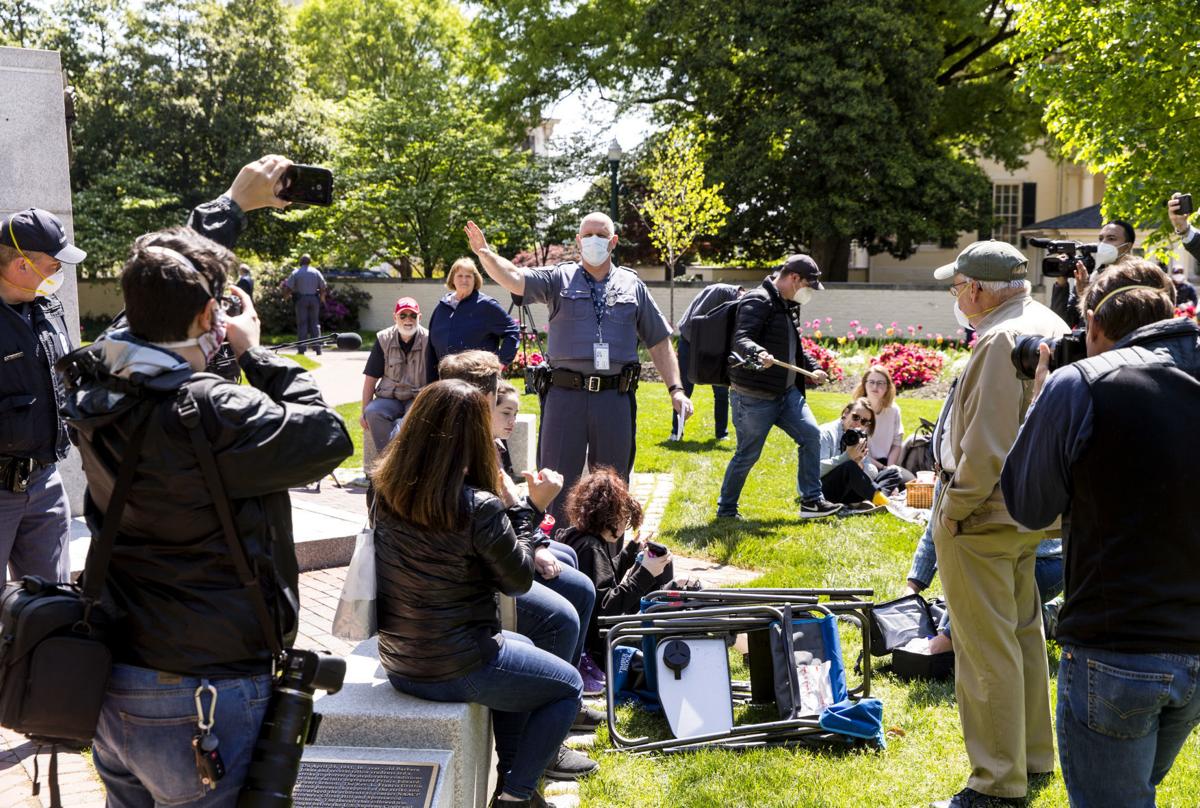 A Capitol Police officer asks protesters to keep their social distance during a ReOpen Virginia protest in Richmond's Capitol Square last April. Many attendees did not wear masks, as the COVID-19 death toll topped 200 statewide. 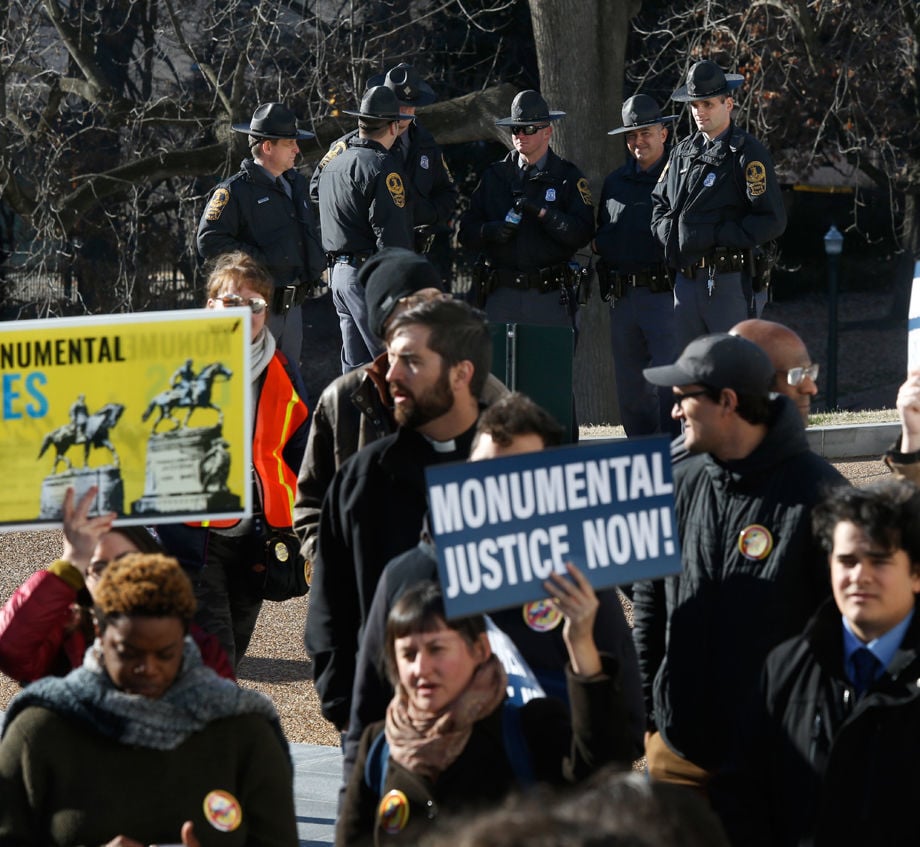 Virginia State Police watch protesters at a Monumental Justice Virginia rally at the State Capitol in Richmond on Jan. 8, 2020, first day of the new legislative session.

As discontent swells nationwide over police departments—their budgets, their actions, their administrations—in Virginia at least one thing will improve: their transparency.

The General Assembly this year passed legislation opening up some police records to greater public review. Gov. Ralph Northam signed the bill, and it will take effect July 1.

In the ongoing tussle between government’s efforts to shield itself from scrutiny and the public’s rightful demands to see behind that curtain, this is a rare victory for open access.

The Virginia Freedom of Information Act allows police records to be released to the public, but it doesn’t mandate release or set guidelines for what should be revealed and what should be kept secret.

And so, police chiefs and sheriffs withhold almost everything—including, The Daily Press newspaper reported, records in which an investigation showed that no crime was committed.

After all, why release anything when buried in those records might be some detail that reflects badly on your department?

The answer to that, of course, is that police and sheriff’s departments work for the public and it is to the public that they are—or should be—accountable. But too often, they prefer to protect their own turf, their own reputations, their own jobs at the expense of transparency.

Jason Nixon, whose wife died in the Virginia Beach mass shooting of 2019, made this very point about accountability and transparency in seeking release of records.

The “records” in this case included his wife’s personal journals, taken by police as part of their investigation into the shooting. Of course he wanted them back.

“I know I sound kind of angry, but I am angry. And I think it’s wrong” for police to withhold such property.

2021 was the second year legislation had been introduced to revise the law in a way that would facilitate release of records.

Opponents—including Commonwealth’s Attorney Jim Hingeley of Albemarle County—argued that the bill as then written could reveal details that should be kept secret. That included information on the mental health of people interviewed in an investigation, or information about “collateral” investigations even if the primary probe no longer was being pursued. Hingeley and others counseled revising the proposed legislation.

Proponents—including the Innocence Project, operating out of the University of Virginia law school—argued that having access to police files was important to overturning improper convictions. The organization already has won exoneration or parole for many clients who did not commit the crimes of which they were accused.

And of course, when people are wrongly convicted, it implies errors or misjudgments on the part of police or prosecutors. Opening records to the public can facilitate independent reviews by outside interests to show where problems might have occurred—and whether they were sloppy mistakes, well-intentioned but regrettable errors, or even the result of bias or corruption.

The legislation as passed tries to protect details that should be withheld for legitimate reasons, by exempting those that would put someone’s safety at risk, would be an unwarranted invasion of privacy, or would imperil an investigation “in a particularly identifiable manner.”

It remains to be seen whether these exemptions will simply become loopholes, employed by police to keep other details secret.

But the new law is an improvement over the old. Virginia has moved further toward openness and signaled its endorsement of transparency. Hopefully, police and sheriff’s departments will get the message.

A Capitol Police officer asks protesters to keep their social distance during a ReOpen Virginia protest in Richmond's Capitol Square last April. Many attendees did not wear masks, as the COVID-19 death toll topped 200 statewide.

Virginia State Police watch protesters at a Monumental Justice Virginia rally at the State Capitol in Richmond on Jan. 8, 2020, first day of the new legislative session.