Greg Jacob, who was counsel to former Vice President Mike Pence, left, and Michael Luttig, a retired federal judge, arrive before the House select committee investigating the Jan. 6, 2021, attack on the Capitol holds a hearing at the Capitol in Washington, Thursday, June 16, 2022.Â (AP Photo/Susan Walsh) 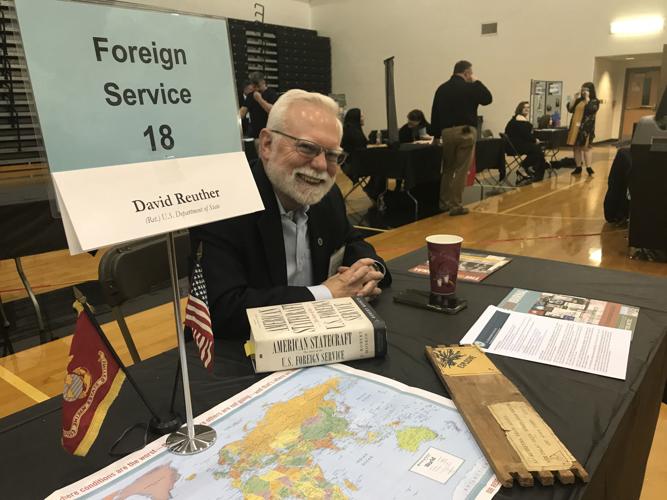 T HE Republican party used to be anchored in the interests of the United States, and its elected representatives were committed to their oaths of allegiance to the Constitution. Republican senators such as John McCain (AZ), Chuck Hagel (NE), Frank Murkowski (AK), and Bob Dole (KS) were proud supporters of unfettered democracy and the rule of law.

Not so today. The former president and the Republican Party have insisted—and they persist in claiming—that the 2020 election was stolen. Not only that, but they pledge to execute the same challenge to voters, the states, and the Electoral College in 2024 that they attempted in 2020.

The recent Texas Republican convention is a bellwether of the party’s direction. Note the convention’s total rejection of the 2020 presidential election. The convention rebuked the 10 senators who are negotiating bipartisan gun safety measures, even booing Texas Sen. John Cornyn, who later dismissed the convention as a “mob.”

There are other unattractive trends afoot. “Join the MAGA crew,” says the shotgun-wielding ex-governor of Missouri, Eric Greitens, in his Senate campaign ad. “Get a RINO-hunting permit. There’s no bagging limit, no tagging limit, and it doesn’t expire until we save our country.” Has he declared open season on GOP Sen. Liz Cheney (WY)? As the January 6 committee hearings began, she clearly stated, “We cannot let America become a nation of conspiracy theories and thug violence.”

This week, in the fourth committee hearing, retired conservative Judge Michael Luttig testified that he warned then-Vice President Mike Pence not to participate in the scheme to set aside the decision of the Electoral College. Speaking deliberately, gravely and patriotically, he said, “Donald Trump and his allies and supporters are a clear and present danger to American democracy.”

Who is Judge Luttig to speak so sharply? He was born in Texas. He received his law degree from the University of Virginia School of Law. He was associate White House counsel in the Reagan Administration, clerked for Supreme Court justices Antonin Scalia and Warren Burger, worked at the Justice Department, and was appointed to the bench of the 4th Circuit Court of Appeals by President Bush, serving there for almost 15 years. That is, Judge Luttig is a conservative lawyer who is highly respected in Republican circles.

Of course, we don’t have to go to Texas to see where Republicanism is these days. A Star-Exponent interview with hopefuls in last Tuesday’s Republican primary showed serious commitment to the Big Lie about voter fraud. Primary winner Yesli Vega, a deputy sheriff in Prince William County, enjoyed endorsements from Ted Cruz, Ken Cuccinelli, Dave Brat, Corey Stewart, and Ginni Thomas. She falsely maintained that there is evidence of significant voter fraud in the 2020 election. In the interview, she disparaged our teachers by claiming that education is indoctrination. She also called the January 6th hearings—which Fox News has chosen not to broadcast—a Democratic diversion.

Democracy calls for bipartisanship and compromise. Toxic speech and threats of violence from any side are not worthy of America. Our elected representatives should be the political guardians of our democracy.

The voter is the arbiter of their interactions. That is why the vote is the crucial part of democracy and why we should guard against those who want to restrict it. America calls for dialogue, inclusion, respect, and a commitment to the rule of law which Judge Luttig demonstrated in such a heartfelt way.

David Reuther, a retired U.S. Foreign Service officer, is a past chair of the Culpeper Democratic Committee.

One of the reasons for the increase of women in the U.S. workforce is access to contraception and abortion.

REUTHER: Education has always been the foundation of democracy

POLITICIANS who attack educators and what they teach, to gain advantage for themselves at the ballot box, risk damaging one of the cornerstone…

SCHAPIRO: No joke—famed comic is seriously fond of VMI

IN the mid-20th century shtetls of Brooklyn, the Bronx, Queens—pronounced “Qveens”—and before them, the Lower East Side of Manhattan, one migh…

A VIRGINIA Cooperative Extension program, Graze 300 VA has reached another milestone in its progress with producers’ adoption of extended graz…

Some of the very same factors that are driving people out of California are driving others from Virginia.

Richard Kyte: Here’s why we shouldn’t give up on churches

Commentary: Too many people no longer see religion as essential to their understanding of living a good life.

WILLIAMS: Bill Russell was a champion of basketball and social justice

"He was a gamechanger on and off the court," writes columnist Michael Paul Williams.

Williams: 5 years after the Charlottesville march, the war against white supremacy is still up in the air

America, when it comes to the sins of its history, has lacked a "never again" moment.

THE backlash was sure to come.

Greg Jacob, who was counsel to former Vice President Mike Pence, left, and Michael Luttig, a retired federal judge, arrive before the House select committee investigating the Jan. 6, 2021, attack on the Capitol holds a hearing at the Capitol in Washington, Thursday, June 16, 2022.Â (AP Photo/Susan Walsh)