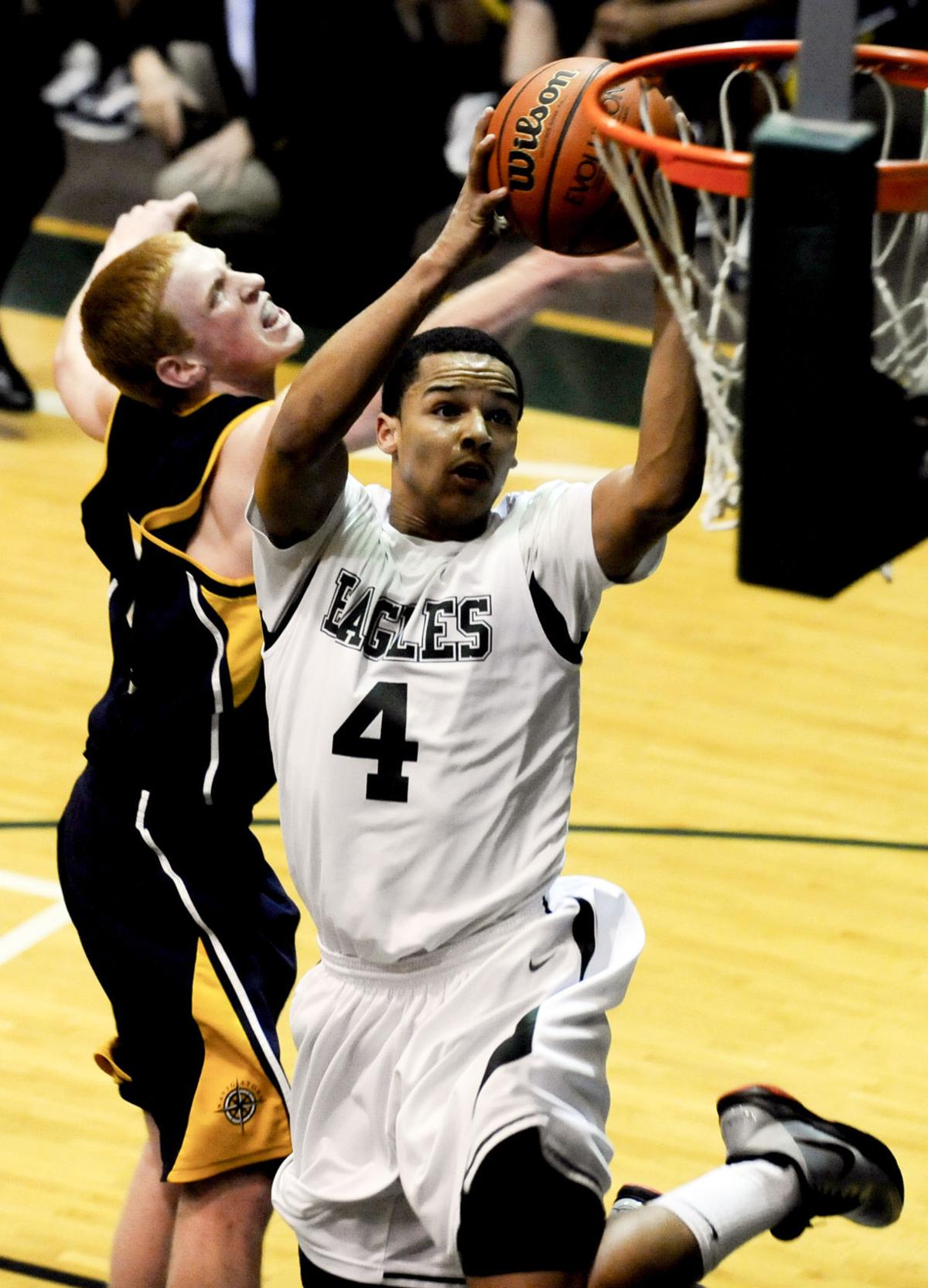 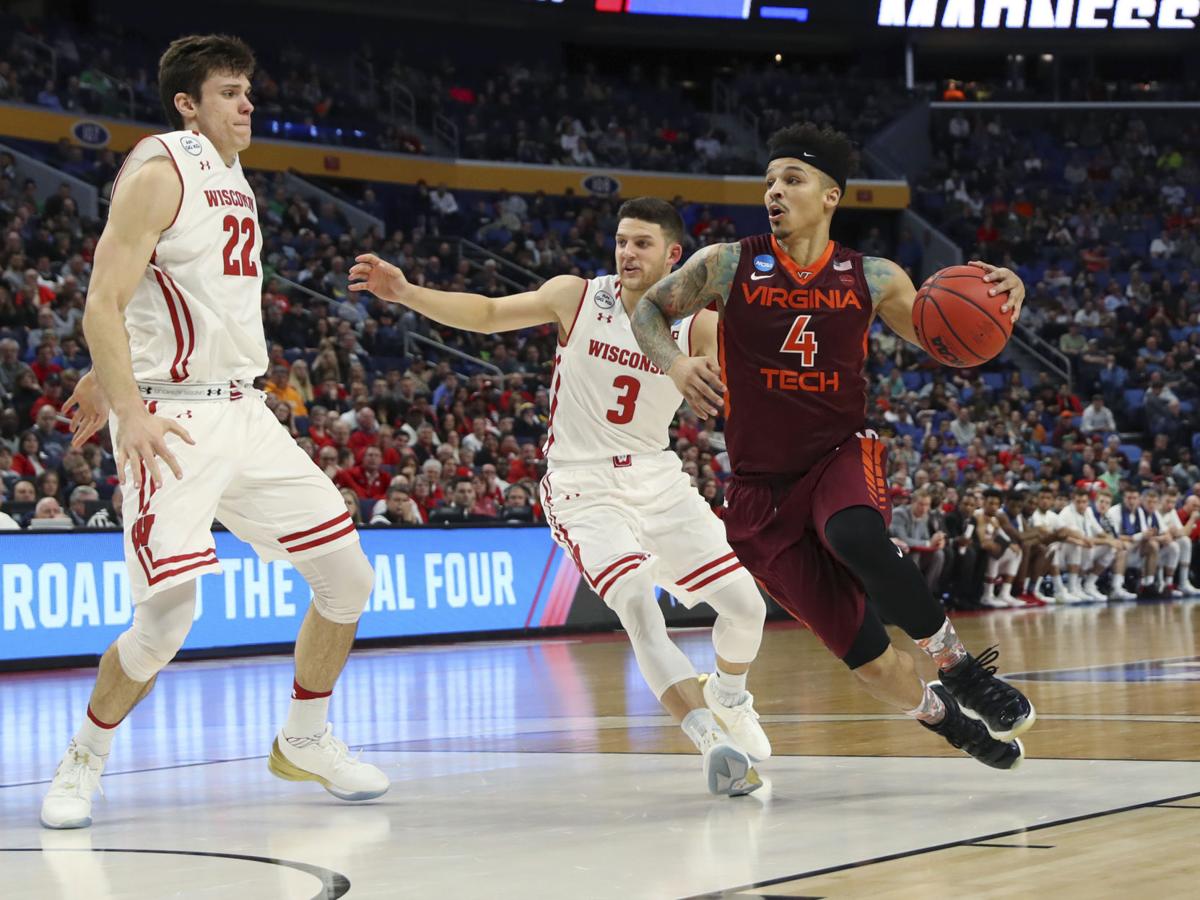 Entering his junior year at C.D. Hylton High School in Woodbridge, Seth Allen sensed it was time for a change.

Allen wasn’t on the radar of college basketball coaches and he believed his hometown was a dead spot between the Washington, D.C. and Richmond areas. So Allen headed to Montrose Christian, a former private school program in Rockville, Md. that produced basketball stars like the NBA’s Kevin Durant and Westmoreland County native Justin Anderson.

“At the time, I guess people didn’t think I was good enough,” Allen said.

Allen’s rejection turned out to be a boon for Fredericksburg Christian School.

His teammate with the Hoop Booth youth organization, Trey Rowser, was on the Eagles’ roster. Rowser, Allen and Hoop Booth 7-foot center Taylor Danaher discussed what it would be like to play together at FCS. Then they agreed to make it happen.

The results were eye-popping.

The Eagles went 31-2 in the 2010-11 season and Allen was named Free Lance-Star player of the year after he averaged 25 points per game and his team advanced to the VISAA Division II quarterfinals.

Allen followed up that season with another first-team All-Area performance as the Eagles finished with a trip to the state semifinals to cap a 56-8 two-year run. His efforts in two seasons at FCS has earned the 6-foot-1 guard Free Lance-Star player of the decade honors.

“He wasn’t only a great player. It was also his leadership,” said former FCS head coach Darren Berkley, who is now the head coach at Massaponax. “Kids would say, ‘We’re not going to lose. We have Seth.’ He brought an aura of greatness. He had so much confidence and he wowed us every day.”

Allen’s move to FCS proved to be mutually beneficial for him and the Eagles. He was able to demonstrate his abilities to college coaches and the Eagles had unprecedented success.

Even though FCS wasn’t known as a powerhouse on the private school scene, the presence of Allen, Danaher and others encouraged Berkley to schedule high-level opponents. The Eagles also got to square off with Montrose Christian and Allen scored 25 points in a defeat.

He later poured in 44 points for Hoop Booth at the Southern JamFest AAU tournament and scored 26 in a contest that featured future Wake Forest forward Aaron Rountree on the opposing team. With scouts’ eyes on Rountree and others, Allen delivered.

Turgeon offered Allen a scholarship at Texas A&M and later recruited Allen to Maryland when he was hired by the Terrapins in May of 2011. Allen orally committed to Maryland in a matter of days. He played two seasons in College Park before he finished his college career at Virginia Tech.

He scored 1,487 points for the Terrapins and Hokies and was named ACC Sixth Man of the Year as a Virginia Tech senior in 2017.

Allen said because Berkley was still a quality player in his own right, the coach challenged him every day to get better. He said former Hoop Booth coach Craig Boothe, now the head coach at Chancellor, pushed him, as well.

He said playing football at FCS as a junior under Tim Coleman made him bigger, stronger and faster. Berkley said the leg strength Allen gained combined with his skill set enabled him to regularly split double-teams. Allen was also receiving Division I football interest but chose to stick solely with basketball as a senior.

“Basketball was my first love. Football was just secondary,” Allen said. “But at FCS, I got to play both sides of the ball and that was really nice because I saw how good I could be.“Coach Coleman really challenged me. He wanted me to do kick return, punt return, wide receiver, DB. I was doing everything. He always told me, ‘Don’t put all your eggs in one basket, try to do as much as you can with the time that you have.’”

As Allen has now embarked on a professional career overseas—he played in Italy last season—he recalls the impact FCS made in his life. He said he’s grateful to the school for more than just its athletic department. The Eagles pray before every contest. Bible class and weekly chapel were required.

“First and foremost it gave me a way stronger relationship with God and that’s something I carry on to this day,” Allen said of his time at FCS. “I didn’t really grow up in a strong religious family so to be able to learn about God, Jesus Christ and the Holy Spirit still helps me to this day.”