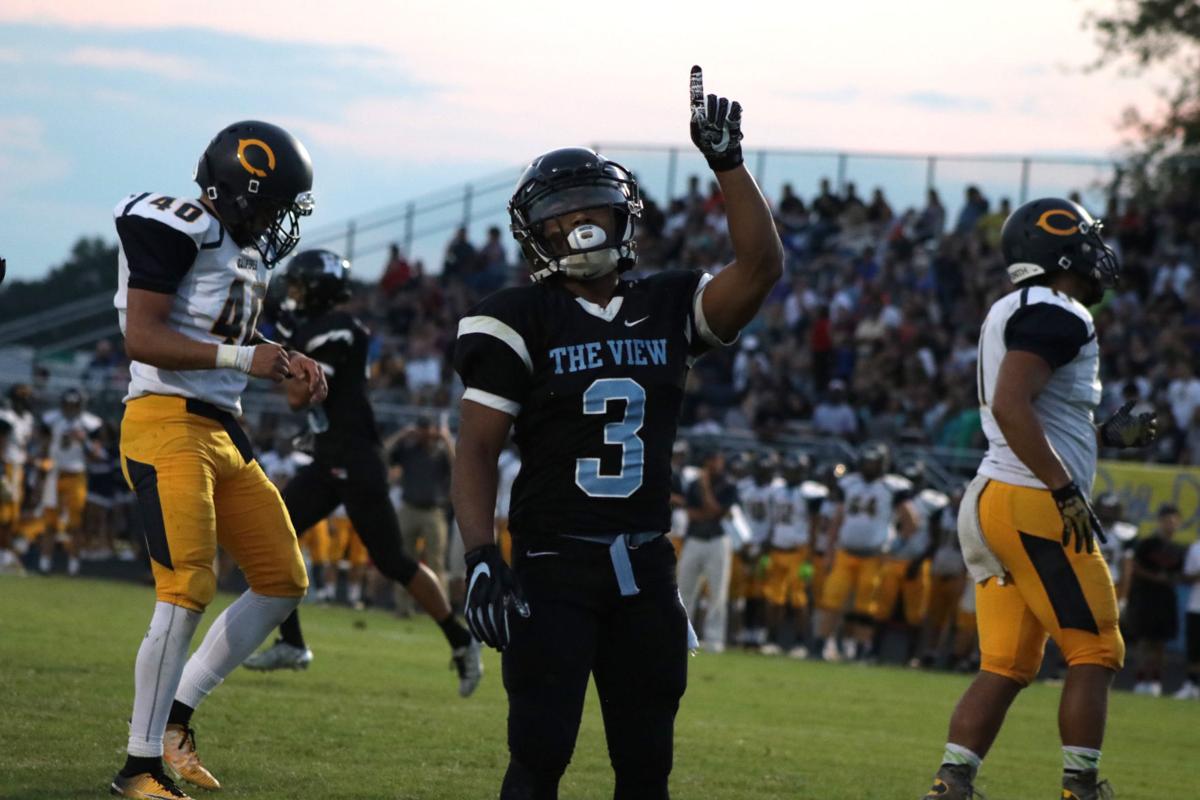 Eastern View alum D’Ago Hunter (3) was granted a full scholarship to Towson (Md.) University last week after attending the school as a preferred walk-on since 2018. 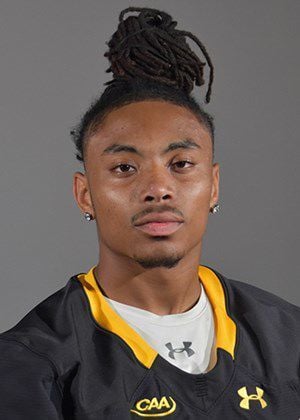 D’Ago Hunter had just wrapped up a Zoom meeting with his coaches and teammates on the Towson (Md.) University football team—the kind of thing that’s become routine over the past year amid the COVID-19 pandemic.

What followed was anything but routine, however.

Hunter’s phone rang right after the meeting. It was Tigers head coach Rob Ambrose, and he had big news for the redshirt sophomore.

“[Ambrose] told me that I’ve exceeded expectations for the team and that I have done everything asked of me,” Hunter said of the conversation, which took place last Wednesday. “He then went on to say that I’ve been granted a full scholarship.”

The 2018 Eastern View High School graduate said his initial reaction to the news was a sense of satisfaction.

“It means that all of my past work is paying off,” he said. “I’ve been able to hold on and trust the process and trust in God through the ups and downs to get to where I’m at today, and I believe this is a validation that I am on this team to make an impact and to make this team better on and off the field.”

Earning a scholarship to a Division I program is a big deal for any student-athlete, but it would be hard to argue that the accomplishment means more to anyone than it does to Hunter. After all, he had to work extremely hard just to get noticed.

As a senior, Hunter amassed over 2,000 all-purpose yards and scored 29 total touchdowns while playing wide receiver, running back, kick returner and punt returner for the Cyclones. Those numbers garnered him first-team Class 4 all-state honors at both returner spots. He also earned second-team accolades at defensive back.

Hunter’s massive senior campaign came on the heels of a junior season where he totaled more than 1,300 all-purpose yards and found the end zone 17 times.

However, despite the fact that Hunter’s stats towered above the large majority of his peers’, his stature did not.

Because of his size—he was listed in the neighborhood of 5-foot-6 and 160 pounds as a senior at Eastern View—most D-I schools didn’t even bother to look at Hunter’s highlights. He had plenty of interest from smaller programs, but just about everyone who had actually watched him play knew where he belonged.

“I always knew he was a D-I player, but there were a lot of schools that backed off him because they said he was too small,” Cyclones head coach Greg Hatfield told the Star-Exponent last year. “Many said if he were a few inches taller they would’ve offered him a scholarship in a heartbeat. My response was, ‘If he were a few inches taller you wouldn’t have a chance, because [Alabama head coach] Nick Saban would be sitting in D’Ago’s living room with an offer in hand.’”

“D’Ago’s a true home-run hitter,” said Matt Lowry, a former Eastern View quarterback and teammate of Hunter’s. “By that, I mean he’s always just one play away from putting six on the board. You want the ball in his hands as much as possible no matter where he is on the field.”

Towson decided to take a chance on Hunter, extending him a preferred walk-on offer. He accepted it in February 2018, but there was still a steep hill to climb if he was going to prove he truly belonged at the D-I level.

As a freshman that fall, Hunter played in three of the Tigers’ games on special teams. Then Towson’s coaching staff decided to redshirt him, abruptly ending his season.

“It was tough, because the NCAA had just implemented the rule where you could still redshirt as long as you didn’t play in more than four games,” Hunter said last year. “But instead of complaining about it, I sat back, took notes and learned a lot listening to my coaches and watching the guys who were in front of me.”

As a redshirt freshman in 2019, Hunter took over duties as the Tigers’ primary kick returner. He wasted no time showing what he could do, returning a kick 92 yards for his first collegiate touchdown against Bucknell on October 19 and finishing the year fifth in the Colonial Athletic Association at 26.7 yards per return.

But Hunter wasn’t content to stop there. He also locked down the punt return slot and earned playing time at both wide receiver and running back, racking up 797 all-purpose yards.

Eager to prove that he was only just getting started, Hunter again had the rug pulled out from under him when Towson canceled its 2020 season because of coronavirus mitigation concerns.

“I was already back on campus training with the team and we were wrapping up the first week of workouts when we got the bad news,” Hunter said last July. “It felt unreal. I’ve been playing football for 15 years, and this hurt.”

Nonetheless, Hunter remained unwavering in his commitment to the sport. He trained like a madman for the past 10 months, and said he doesn’t plan on changing his approach now that he finally has a scholarship.

“There’s still more work to be done,” he emphasized. “With the season coming up [in September], I’ve been working even harder on my craft. It’s been almost two years since I’ve played a football game, so I am very excited and ready to get back on the field.”

“He deserves every accolade he gets,” Hatfield said. “In a day where too many young athletes are anxious to tell you how good they are, D’Ago has always been the hardest worker in the room.”

Hunter said the approach he’s taken to get to where he’s at is something he’d recommend for any young athlete, regardless of their size or background.

“First and foremost, I’d tell young athletes to trust in God and the path he takes you on,” he said. “Your life is your life and not anybody else’s. If you believe you are destined to do great things in this world, then that’s what will happen. Work on your craft, no matter what it is, and remember that the little things matter.”

UVA's Mandy Alonso ready for big game against UNC: 'Even if they come out swinging... we know they can’t sustain it'

“It’s our culture versus theirs. We’re going to go harder, longer each play and the whole game than they will. Even if they come out swinging, we just have to be able to sustain it and we know they can’t sustain it, because the past four years, they haven’t been able to.”

College football picks: Rivalry matchups arrive early for Tech and UVA, but both are underdogs

The Hokies renew an old rivalry when they visit Morgantown for a game against West Virginia, while UVA travels to Chapel Hill for the latest installment of ‘the South’s oldest rivalry’ between the ‘Hoos and North Carolina.

More than 185,070 Virginians packed the state's sports venues Saturday in a return to live events

After Ra'Shaun Henry’s performance in Week 1 against William & Mary, he’s up to nine catches as a Cavalier. Five of his nine grabs have gone for touchdowns.

ACC media members selected UVa to finish fifth in the Coastal Division. The Cavaliers feel they’re much better than that billing, and they’re ready to embark on a season they believe could end with a division title.

BLACKSBURG — They’re still looking for that middle ground, something between bravado and ball security, between swashbuckling and sensible.

Lines to enter Lane Stadium and the lines at concession stands were not as long Saturday as they were for the opener.

Eastern View alum D’Ago Hunter (3) was granted a full scholarship to Towson (Md.) University last week after attending the school as a preferred walk-on since 2018.