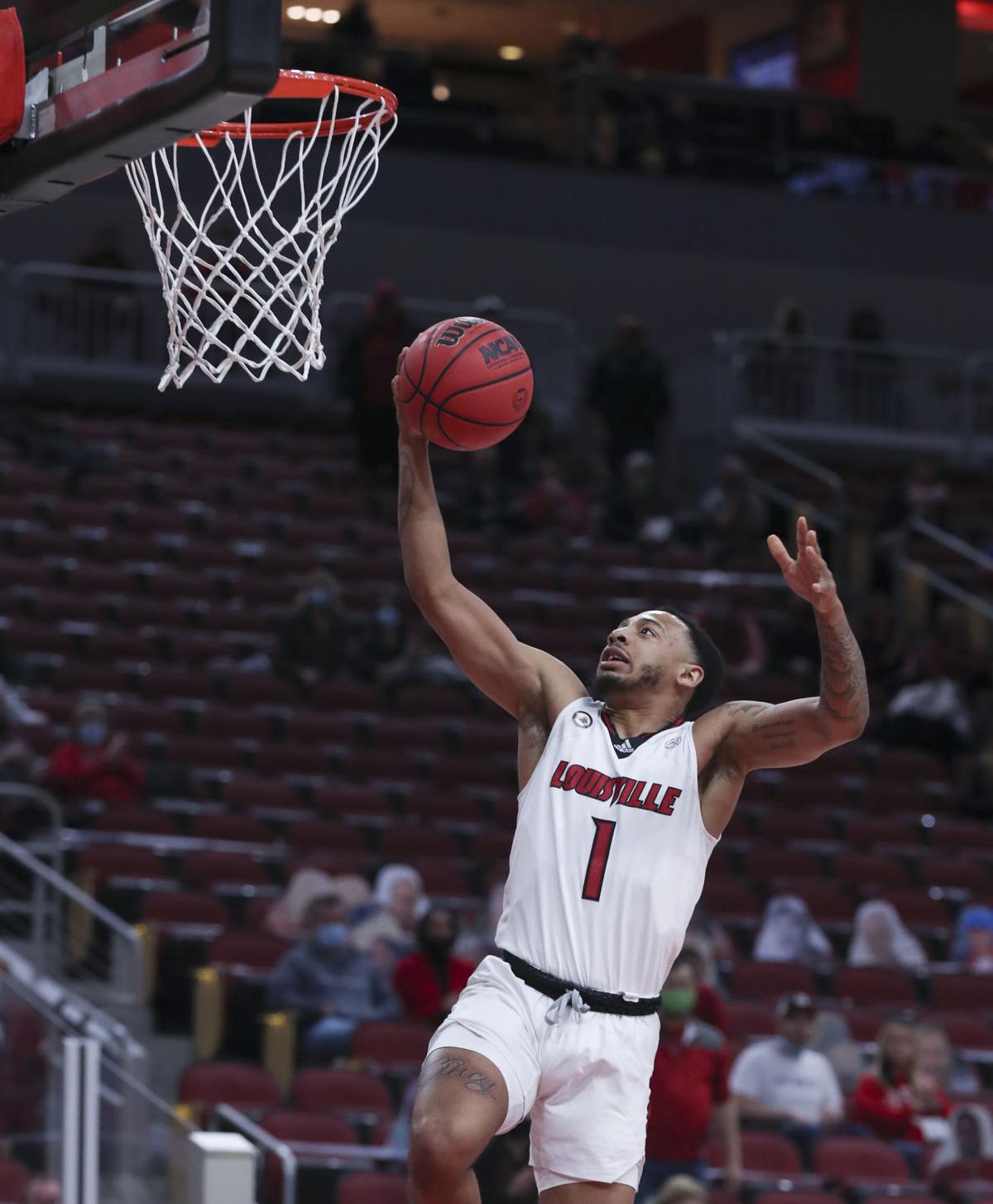 Louisville’s Carlik Jones, a Radford graduate transfer, scores on a fast break against Virginia Tech at the KFC Yum! Center. 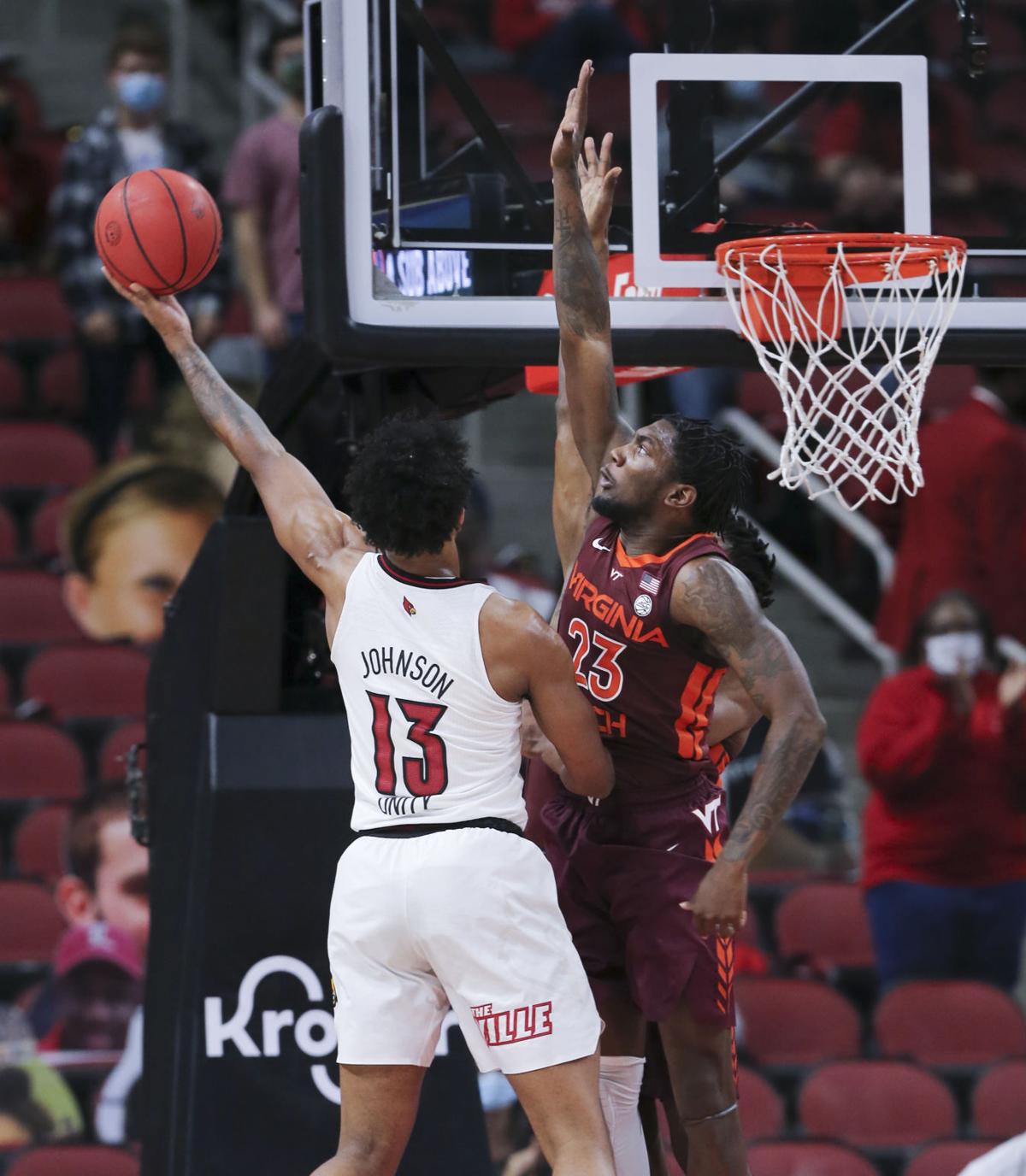 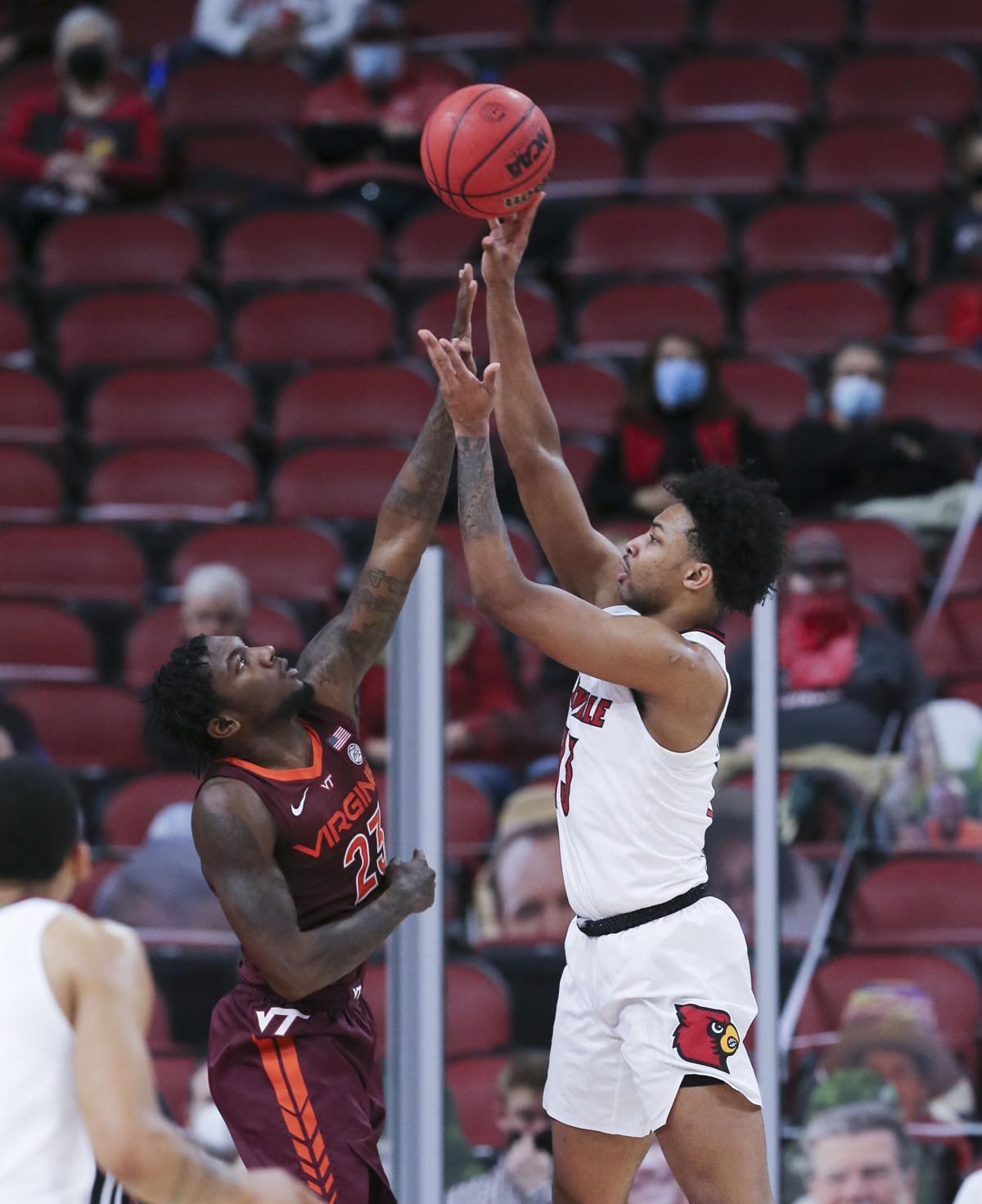 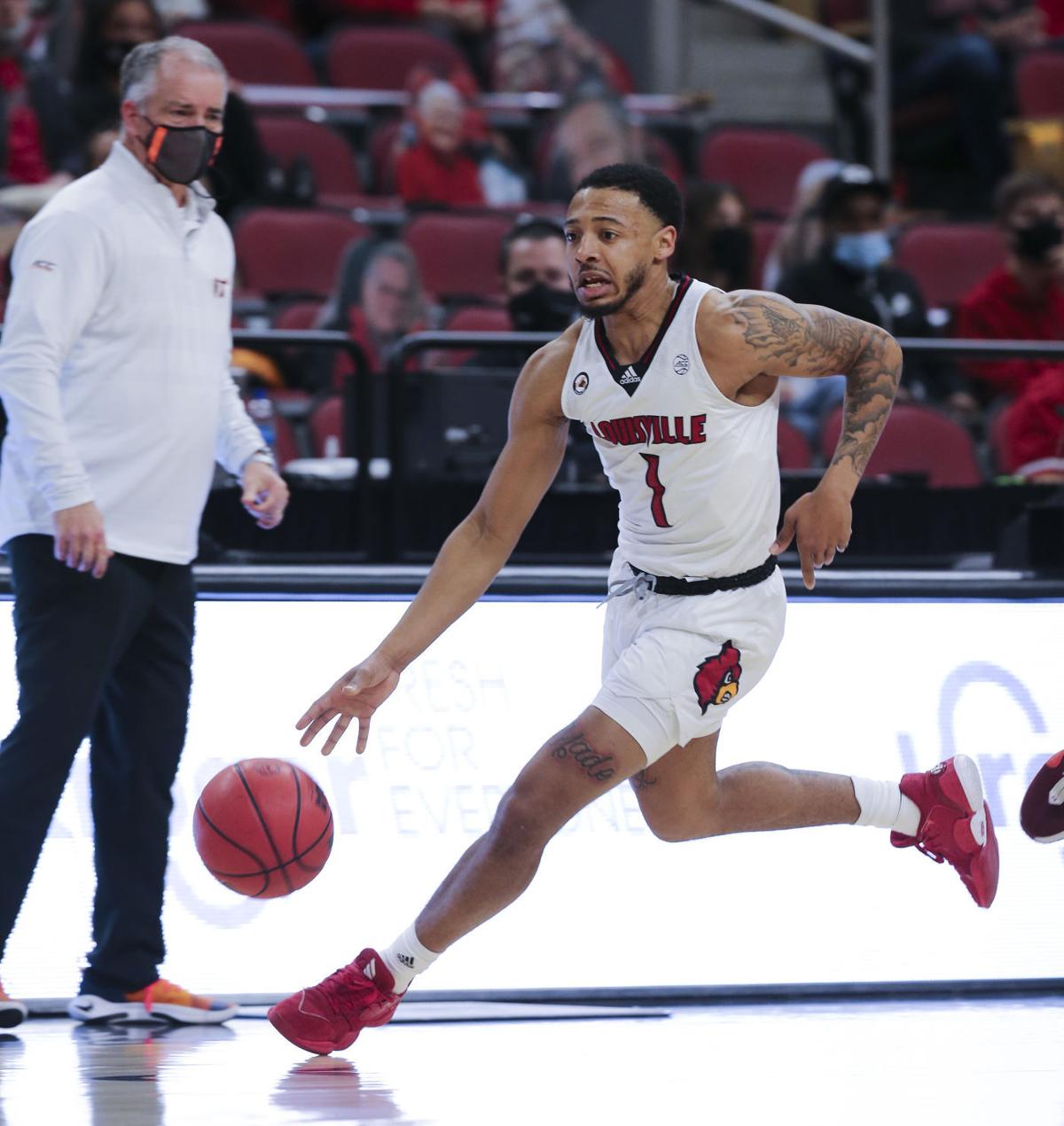 Louisville’s Carlik Jones, a Radford graduate transfer, sprints down the court on a fast break as Virginia Tech coach Mike Young looks on.

By Mark Berman the roanoke times

Virginia Tech has not beaten the Cardinals since a win in February 1991, back when the teams were Metro Conference rivals and Frankie Allen was the Tech coach.

The Hokies cut a 14-point second-half lead to 73-71, but Hunter Cattoor missed a 3-pointer at the buzzer.

The Hokies (8-2, 2-1), who trailed the entire second half, saw their four-game winning streak come to an end.

Louisville (8-1, 3-0), which is second in the “others receiving votes” category of the Associated Press Top 25 poll, won its fourth straight game.

Redshirt freshman forward Jae’Lyn Withers had 16 points and 12 rebounds off the bench for Louisville. David Johnson had 17 points.

Jalen Cone had 23 points and six 3-pointers off the bench for Virginia Tech.

Leading 36-31 at halftime, Louisville scored the first seven points of the second half to build a 43-31 cushion with 17:32 remaining.

Cone later made a 3-pointer to cut the lead to 67-62, but Jones answered with a jumper.

After Cattoor made a layup with 1:57 left, Quinn Slazinski made one of two free throws for a 72-66 lead.

Alleyne stole the ball from Jones with 26 seconds left. Keve Aluma made two free throws to cut the lead to 72-71 with 6.6 seconds to go.

Johnson made one of two free throws to extend the lead to 73-71 with 5.5 seconds left.

Alleyne had 15 points, while Aluma had 11 points and Mutts 10 points.

Thanks in part to three 3-pointers, the Hokies jumped to an 11-0 lead with 17:36 left in the first half. Virginia Tech was 4 of 4 from the field at that point.

Virginia Tech shot 41.7% from the field in the first half, when it turned the ball over six times.

The Cardinals had 14 points in the paint in the first half to Virginia Tech’s four.

Virginia Tech reserve center John Ojiako, who had yet to play this season because of knee surgery, made his season debut Wednesday.

Virginia waltzed into Littlejohn Coliseum on Saturday and demolished Clemson, using an elite defensive performance and glorious 3-point shooting to beat the No. 12 Tigers.

No. 19 Virginia Tech dominates Notre Dame on the glass in 77-63 win

BLACKSBURG — Going into this basketball season, Mike Young expected his Virginia Tech team to be far more competitive rebounding than it was a year ago. The Hokies had assembled a far bigger and deeper frontcourt than they had in Young’s first season.

Sam Hauser came one rebound shy of his fourth consecutive double-double, Jay Huff calmly drained four shots from beyond the arc and Casey Morsell looked like the best version of himself on both ends as UVa cruised by Notre Dame.

Louisville’s Carlik Jones, a Radford graduate transfer, scores on a fast break against Virginia Tech at the KFC Yum! Center.

Louisville’s Carlik Jones, a Radford graduate transfer, sprints down the court on a fast break as Virginia Tech coach Mike Young looks on.