Subscribe
Read Today's E-edition
Share This
Second-half tone setting, composure could be biggest keys in A-10 title game between VCU, St. Bonaventure
0 comments
Share this
1 of 3 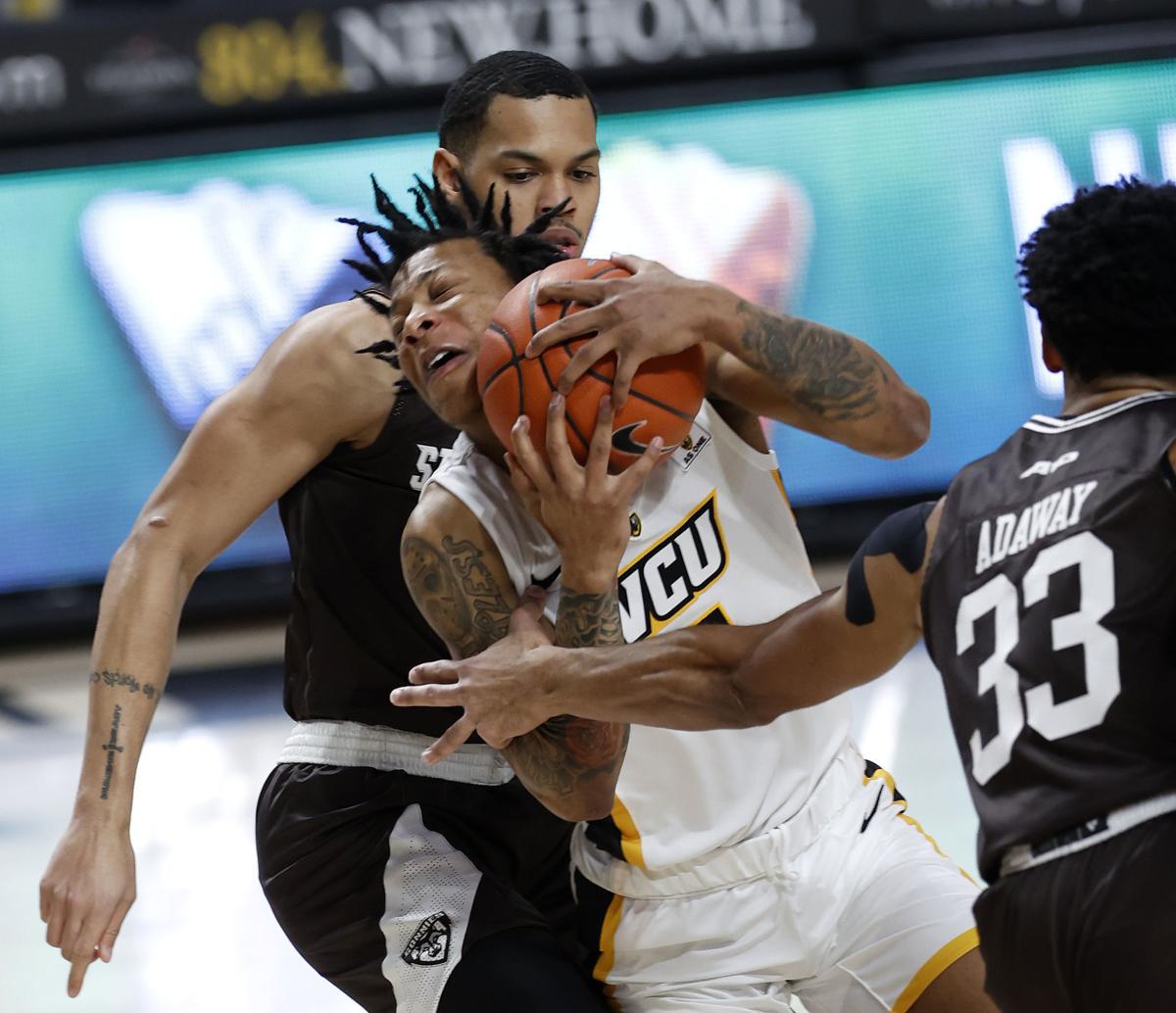 Adrian Baldwin (center) and VCU split their two regular-season games with St. Bonaventure this year, with each team winning on its home floor. 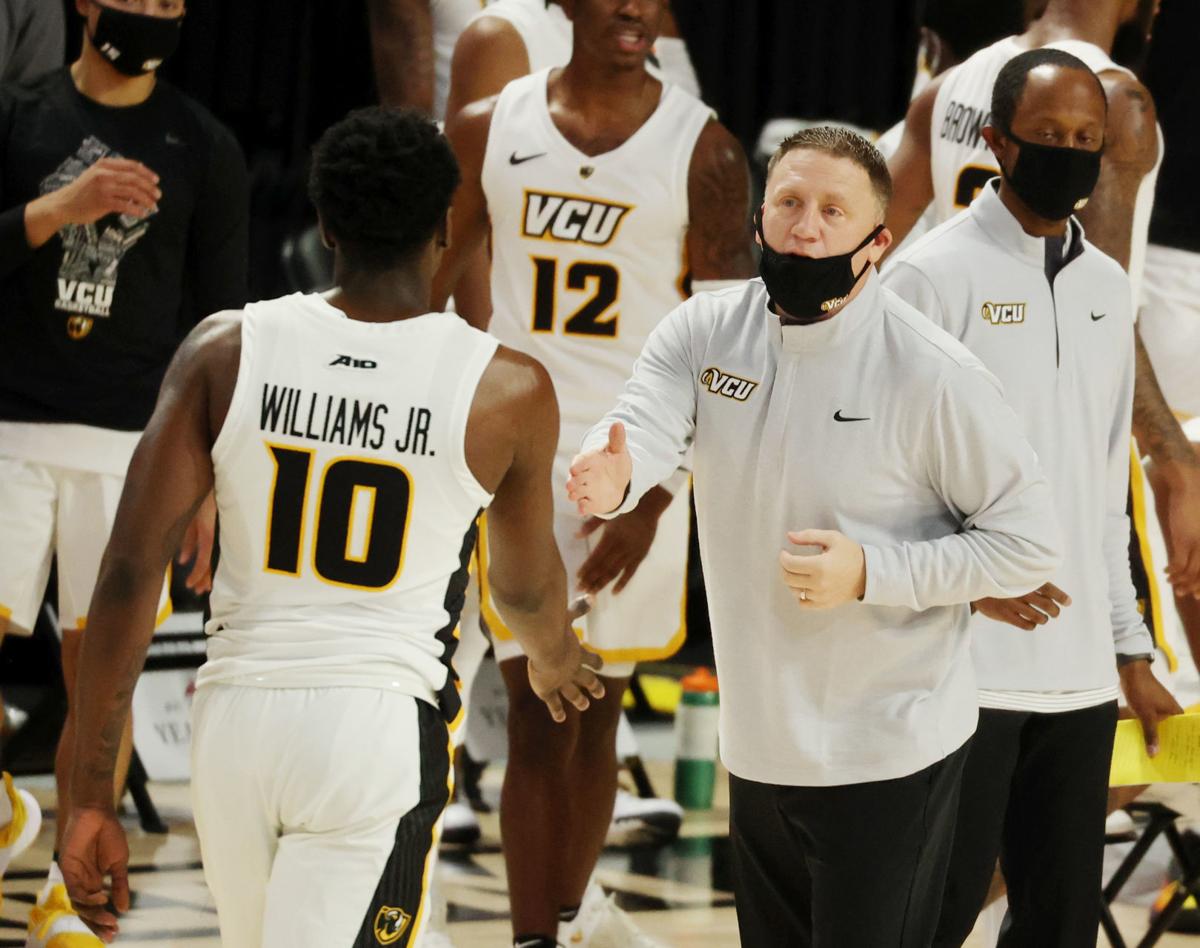 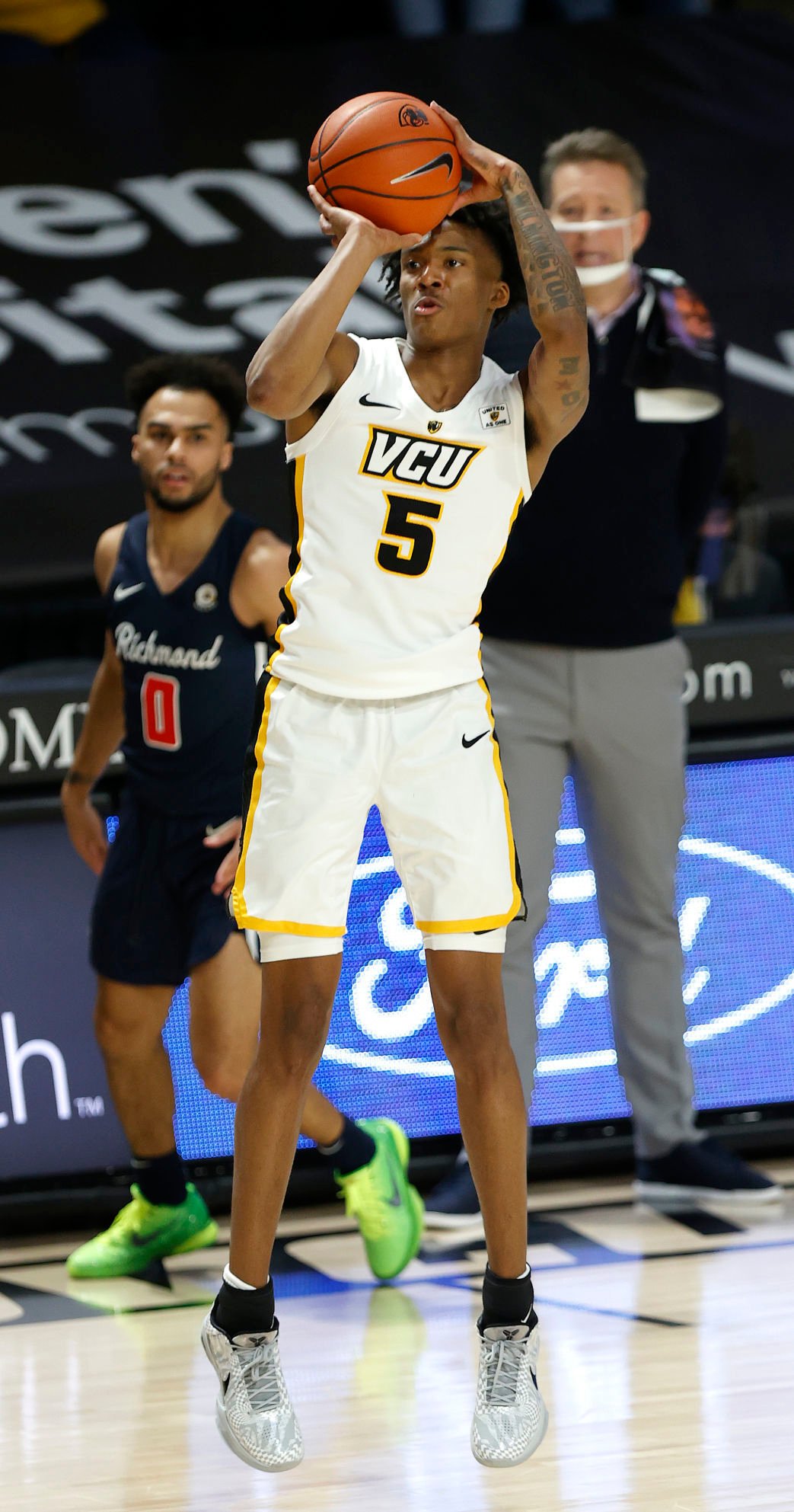 As it stands, VCU and St. Bonaventure are each 40 minutes away from an Atlantic 10 tournament title heading into Sunday.

But there’s about a five-minute segment the Rams’ Vince Williams believes could be the most important in determining who prevails when the clock hits zero.

The first matchup then had a dramatic swing that culminated in a Bonnies win. The second matchup turned into a nail-biter for the Rams late before they secured a 3-point victory.

Mash the two St. Bonaventure second halves against VCU together, and the Bonnies have shot a combined 51.9% and outscored the Rams 83-48, buoyed by their 45-14 half in the first game.

Considering how the regular-season games against St. Bonaventure went is why Williams pointed out this week what he thinks could be the biggest key Sunday: the Rams’ second-half performance—in particular, the first five minutes of the half heading into the first media timeout at the under-16-minute mark. It could be a tone-setting stretch.

“I feel like that first media [timeout] is basically going to predict the ending of the game,” Williams said.

The top-seeded Bonnies (15-4) and second-seeded Rams (19-6) will be out for their programs’ second A-10 tournament title when they tip off at 1 p.m. Sunday at Dayton’s UD Arena. It’ll be the first A-10 final between the tournament’s top two seeds since 2013.

VCU got here with an underclassman-heavy rotation and St. Bonaventure with a rotation of mostly juniors. But defense is both squads’ calling card, and could be the vehicle one team or the other rides toward setting the tone at the beginning of the second half and thereafter.

“I just think watching both of those games again this week and preparing for St. Bonaventure, we still got to be us with having great respect for them,” VCU coach Mike Rhoades said. “Because they’re going to do what they do, what got them where they’re at. But we got to make sure we play with great poise and great toughness.”

The Bonnies are fourth in the country in scoring defense, limiting opponents to 60.1 points per game, and ninth in the nation in field goal-percentage defense, holding teams to an average of 38.8% shooting from the field.

Then 6-10 center Osun Osunniyi is ninth in the country with 2.84 blocks per game. Osunniyi tied his career high of seven blocks against both Dayton in the Bonnies’ regular-season finale and against Saint Louis in the A-10 tournament semifinals.

“He’s dominant at times just blocking shots and getting in the way and defending the rim,” Rhoades said. “Which, not many people in college basketball do it like him. And it’s special.”

Adrian Baldwin (center) and VCU split their two regular-season games with St. Bonaventure this year, with each team winning on its home floor.