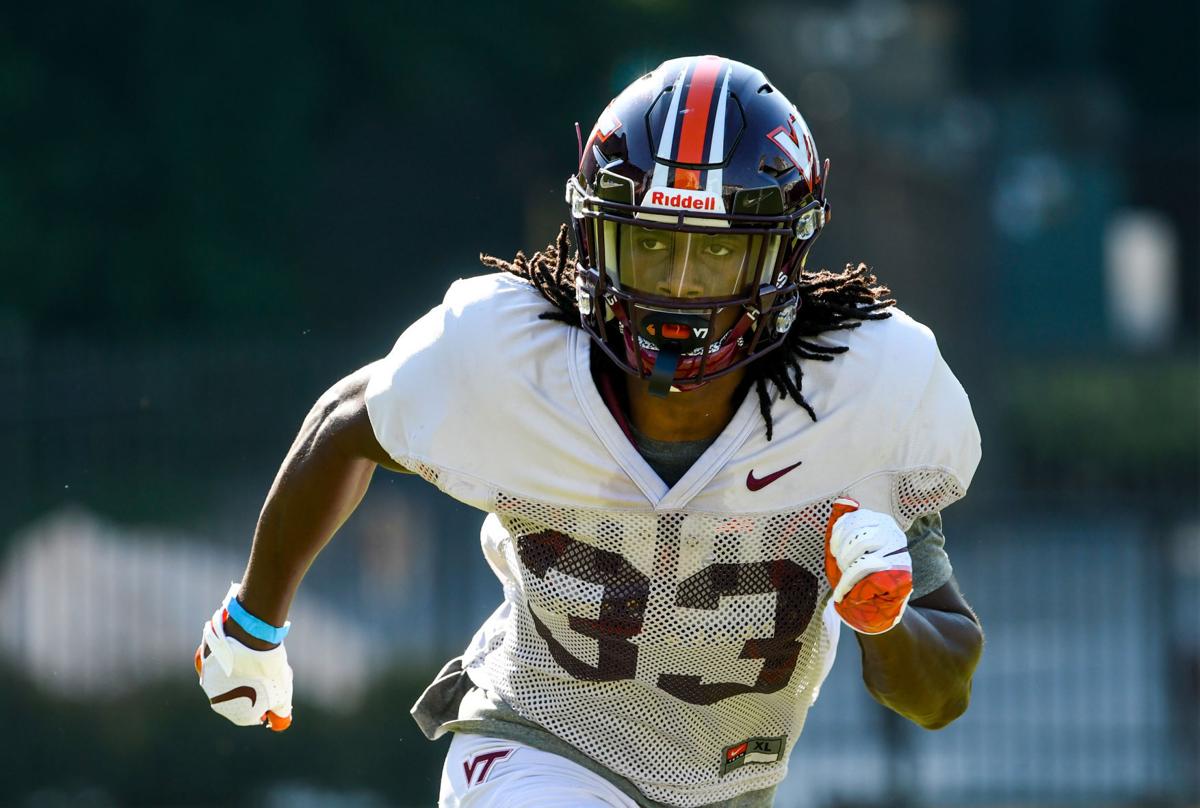 Virginia Tech safety Keonta Jenkins is pictured during a practice on Aug. 25, 2020. The Hokies are hoping Jenkins is cleared for action when they travel to play West Virginia on Saturday. 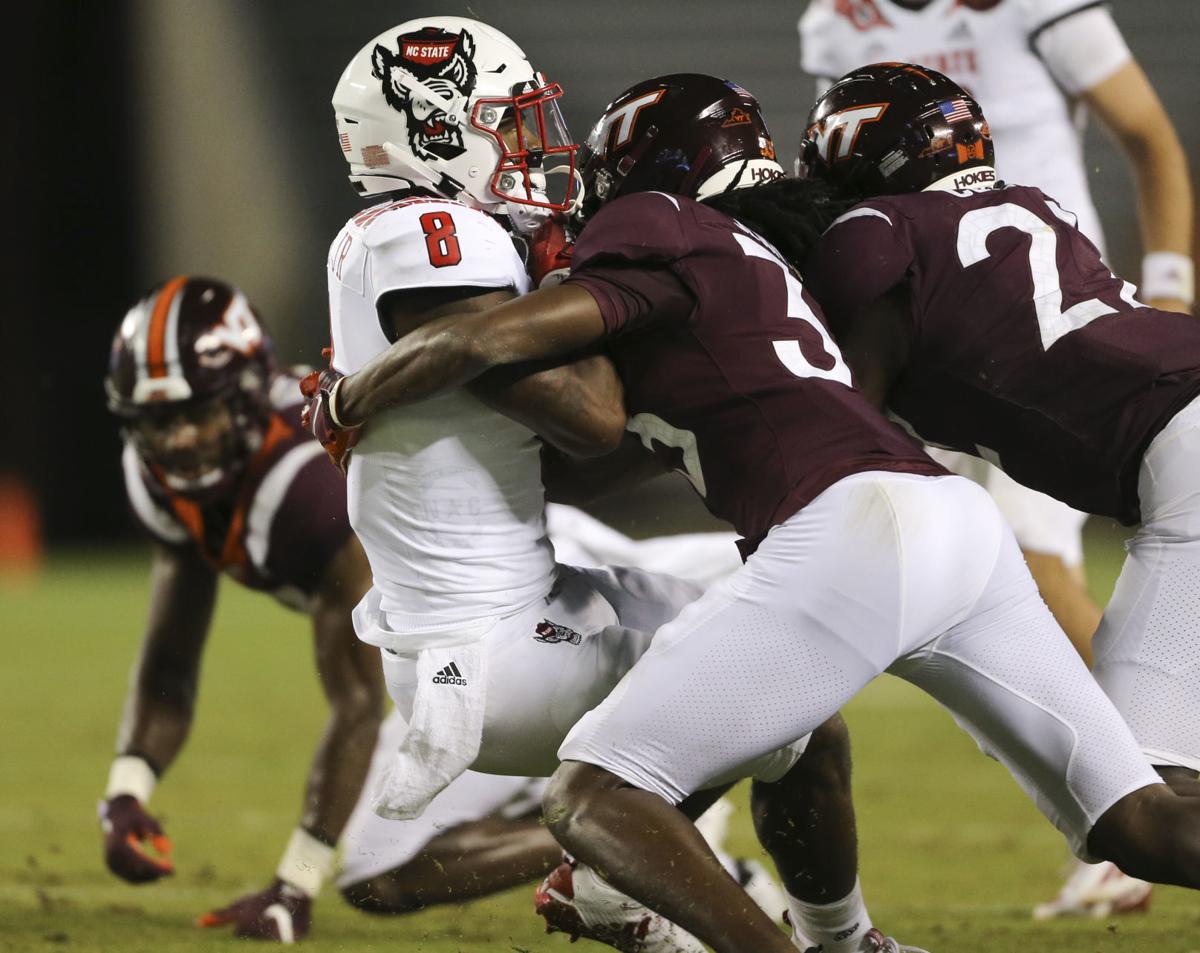 By Mike Niziolek the roanoke times

BLACKSBURG—Virginia Tech free safety Keonta Jenkins could return to the lineup in Morgantown after missing Week 2 with an ankle injury.

The second-year freshman got the starting nod in the opener against North Carolina and had three solo tackles.

“Indications I’m getting on Keonta are that he will be back full-go this week, ready to go,” coach Justin Fuente, said on Monday.

Jenkins, a three-star recruit from Jean Ribault High School in Jacksonville, Florida, was one of Tech’s first 2020 signees to get playing time last year. He was forced into a starting role right out of the gate last fall with much of the secondary dealing with COVID-19.

The defender’s own bout with the coronavirus sidelined him for multiple games and he mostly played special teams when he was cleared to return.

Vanderbilt transfer Tae Daley got the starting nod against Middle Tennessee and true freshman Jalen Stroman got into the game as well.

“Tae did a good job when he was in there,” Fuente said. “I like that between Keonta, Tae and Jalen Stroman continuing to develop in there, there’s three guys that I think can have a chance to really help this team.”

That was Daley’s first game since November 2019.

“It was great,” Daley said. “I’ve been waiting for it for a long time. It was definitely great to get back out there.”

Daley had mixed emotions watching film of his performance from the first two weeks. He thought he did some things well, but the film wasn’t quite up to his standards.

“I’m really just getting back into the feel,” Daley said. “I got to be a little better attacking the ball and being a little more aggressive.”

It didn’t help that Daley missed time in the spring and fall battling various injuries, but he’s not using any of that as an excuse.

“At the end of the day it doesn’t really matter,” Daley said, of missing practice time. “When my number is called, I have to be ready whether I’m hurt or not. I battled through those injuries and tried to be in good spirits about it. Just stay locked in even when I’m not in and taking mental reps. Anything I can do to help the team. That’s really it.”

Daley has developed a strong rapport with Jenkins since moving over to free safety at the start of fall camp. Daley’s experience—he’s played in 33 career games and made 17 starts—has made him a defacto mentor at the position.

“He’s a good player,” Daley said. “He’s trying to learn everyday and get better. I’ve seen a couple things and I know a couple things from my experience, anytime he asks me something or I can help, I’m more than happy to do so.”

That experience could come in handy this week since Daley has been in a long list of tough environments while in the SEC including Georgia, Florida and Notre Dame.

“This is going to really test what this team is about as far as us facing adversity and coming together. Beating the odds, you know what I’m saying?” Daley said.

NFL Week 6 Market: Will weather be a factor?

Try as she may, Sarah Hatfield just couldn’t get comfortable during her freshman year at VCU.

Virginia Tech QB Braxton Burmeister: ‘There’s nothing holding me back’

Virginia Tech QB Braxton Burmeister: ‘There’s nothing holding me back’

He also will be suspended for the first half of next week’s game against Pittsburgh.

The ACC commissioner said he is "really optimistic."

McFarling: For heartbroken Hokies, it's more than a feeling

Virginia Tech safety Keonta Jenkins is pictured during a practice on Aug. 25, 2020. The Hokies are hoping Jenkins is cleared for action when they travel to play West Virginia on Saturday.