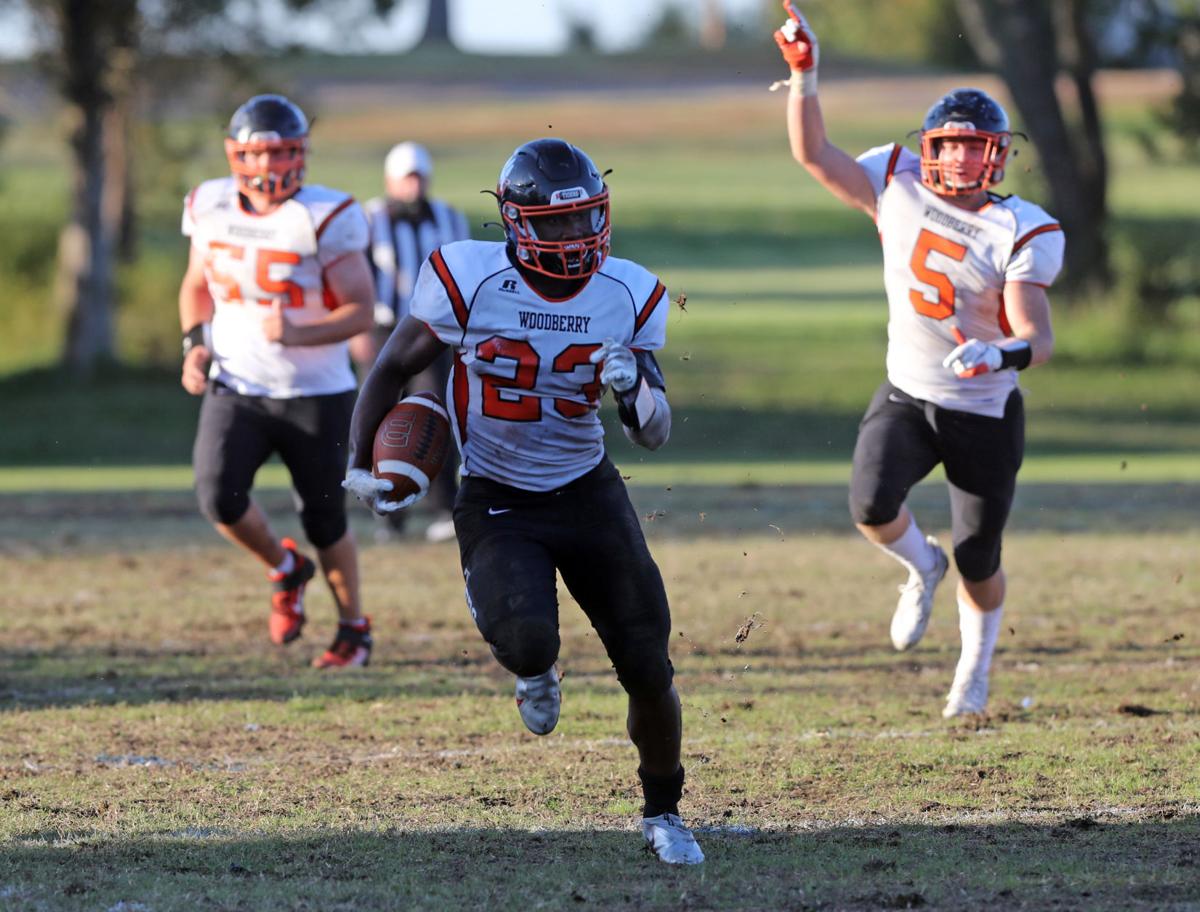 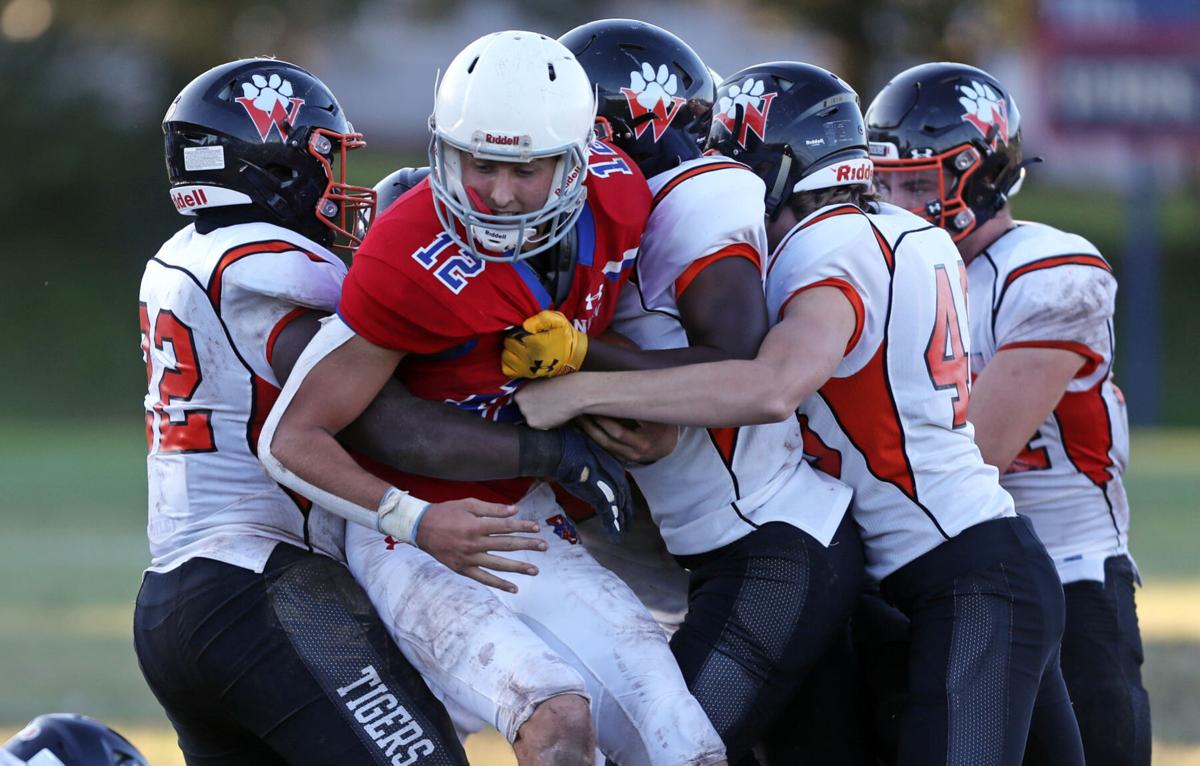 FORK UNION—Donovan Baker dedicated the past 12 months to becoming the best football player he can be.

The junior running back showcased the fruits of his labor Friday with a four-touchdown performance during Woodberry Forest’s 47-21 victory over Fork Union Military Academy.

“It was fun,” Baker said. “We treated it like our Super Bowl, because this may be our only game this year. Also, [offensive lineman] Graham [Godwin], we played together in North Carolina and this could be our last game together, and I really wanted to make a memory.”

Baker did that and then some.

He rushed for 285 yards on 18 carries, including a pair of touchdowns on his first three carries, to lead the Tigers.

“Donovan’s a guy that just works so hard in the offseason,” Woodberry Forest coach Scott Braswell said. “He’s a great kid, a disciplined kid and I thought he’s really going to have a breakout year if we can just have a season, so I was just so happy for him. He’s the kind of guy, very quiet, very soft-spoken, but he’s also very driven, goal-oriented and disciplined and I was just so happy for him to get a pay day. He, in a way, typifies the whole team, they worked hard and this was their one chance and it was good for them to have a good day.”

The junior running back left his mark early on as he rumbled 21 yards untouched to give Woodberry Forest a 7-0 lead just two minutes into the contest.

Fork Union (1-5) had a strong start of its own, moving the ball inside the 30-yard line, but the Blue Devils’ drive stalled and ended with no points. On Woodberry Forest’s ensuing possession, Baker rumbled 68 yards to the end zone as the Tigers extended their lead to 13-0 with 6:54 left in the first quarter.

Baker then capped off the quarter with his third rushing touchdown of the day, this one from the wildcat formation as he plowed his way in from four yards out to give his team a 20-0 lead with 49.4 seconds left in the opening stanza.

The good vibes continued for the Tigers in the second quarter as senior quarterback Ben Locklear capped another long scoring drive with a one-yard touchdown run on a QB sneak with 2:48 left in the half to build a 27-0 lead at intermission.

After having two games canceled because of COVID-19, Braswell said his team was just happy to be on the field playing football.

“This was just great to get out here and play somebody after so long,” he said. “One of the coaches talked about it, it’s been sort of like Groundhog Day. Every day we come out and practice and there’s never a game at the end of that week. So, it was nice for the guys. They’ve done such a good job throughout the spring, summer and fall and I’m just so happy for them to come out here and have a good day.”

Baker found the end zone again for the Tigers on their first drive of the second half. The junior running back broke off a 47-yard touchdown run for his fourth touchdown of the contest and a 34-0 lead with 7:48 left in the third quarter.

The Woodberry passing game added to the lead later in the quarter as Xavier Gaillardetz scored on a 14-yard touchdown pass from Locklear on a slant pattern to build a commanding 41-0 advantage.

The Blue Devils finally got on the board on the ensuing kickoff as Dominique Julius returned the kick 82 yards for a touchdown to cut the lead to 41-7.

In the fourth quarter, Tank Yaghoubi scored from a yard out to stretch the WFS lead to 47-7 with 11:14 remaining.

Fork Union answered with a pair of touchdowns in the final quarter to close out the game. Alex Williams caught a nine-yard touchdown from Meyer. V’Jon Hampton added a 33 yard run in the final minutes to wrap up the scoring.

Woodberry Forest is still holding out hope for another game before the semester ends. Braswell said the athletic department has reached out to several private schools, including North Cross, Plymouth Christian and Fredericksburg Christian, to try and schedule a game for next Saturday. Braswell said they hope to know something definitive by Monday.

If this was their only game this fall, Braswell believes it’s something to build off of.

Having played together for years, it was only fitting that Eastern View High School softball players Macey Moore and Des Scott decided to cele…

Like just about everything so far in 2020, Alexus Thomas’ college decision took somewhat of a wait-and-see approach.

Governor Ralph Northam gave the go-ahead for the VHSL to proceed with its Championship + 1 schedule Thursday when he signed the fourth amendment of Executive Order, which included changes with regards to recreational sports.

With the scheduled start date for high school sports under its “Championships + 1” model fast approaching, the Virginia High School League has…