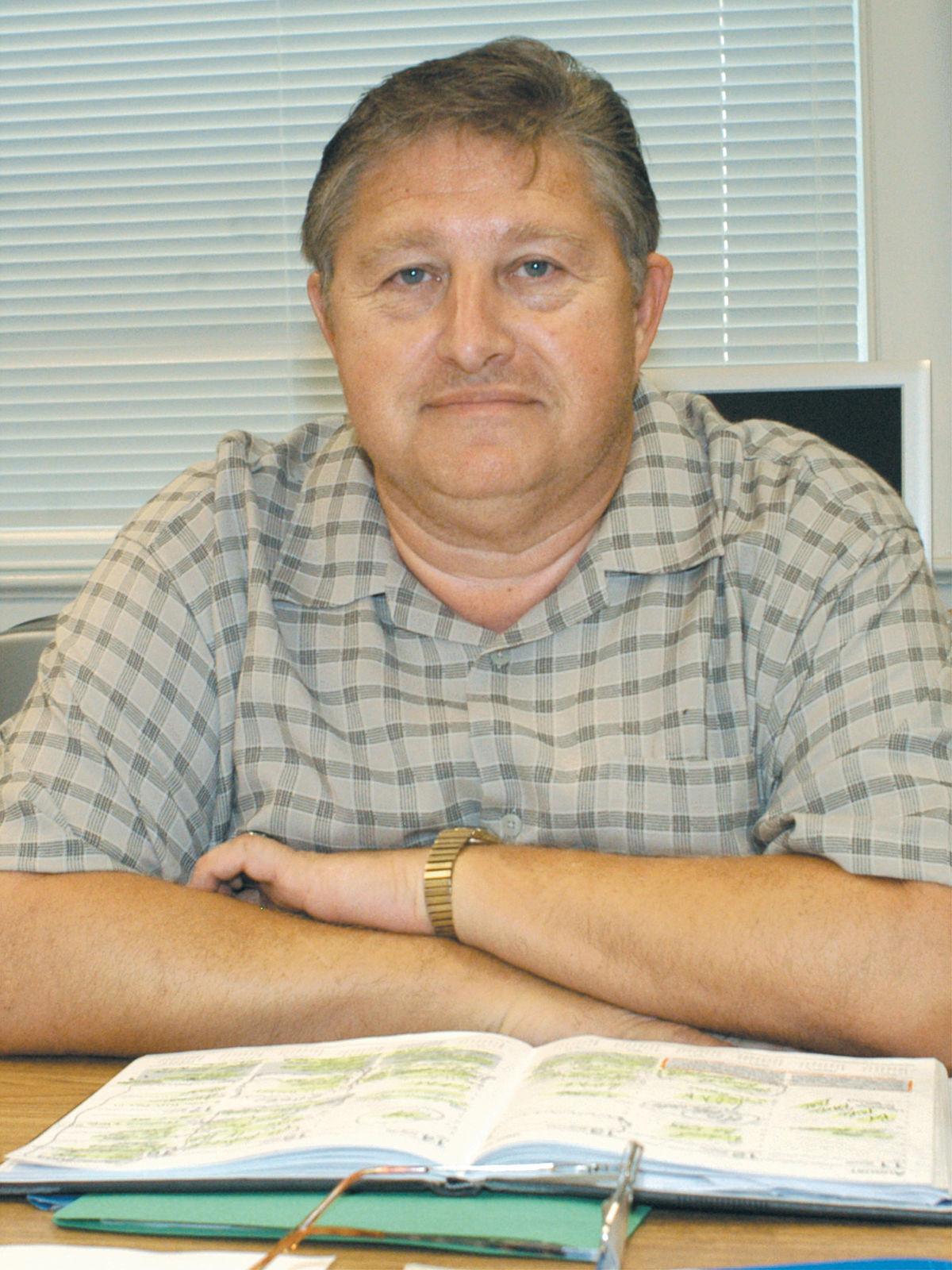 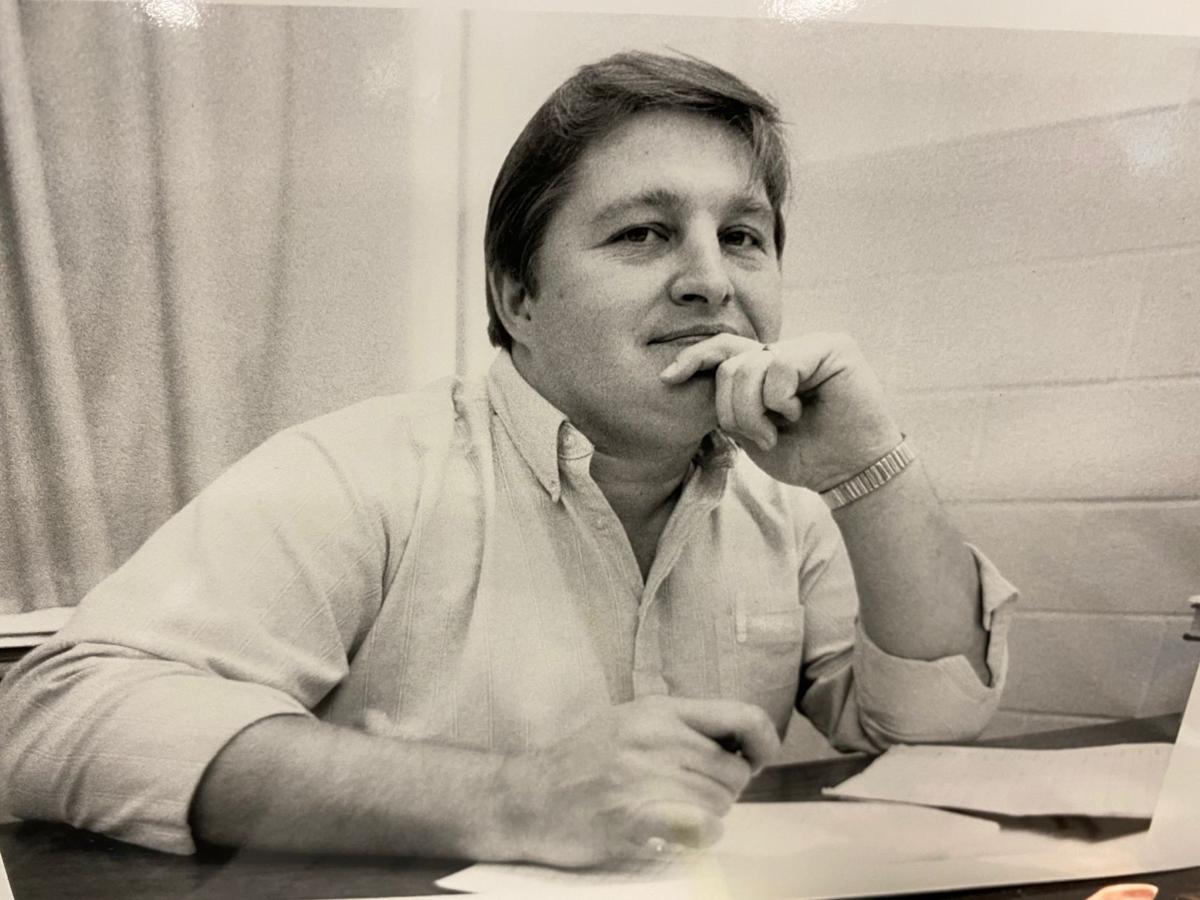 When Robbie Jenkins thinks about how devoted his father was to his family, his mind immediately zeroes in on a moment that took place almost 21 years ago.

The date was Nov. 25, 2000. Jenkins was a backup quarterback on Bridgewater College’s football team, and the Eagles were in San Antonio, Texas for an NCAA Division III playoff game against Trinity University.

“I got dressed with the rest of the team and walked out onto the field for pregame warmups,” he recalled. “And when I looked up in the stands, there was my dad, in San Antonio, Texas, well over 1,000 miles from home, even though he and I both knew it was highly unlikely that I would play.

“That’s how my dad was. It never mattered where any of his kids were at; you always knew when you looked up, you were going to see him.”

Jenkins, 68, had been battling COVID-19-induced double pneumonia, which led to kidney failure.

“It didn’t fully hit me that he was gone until I was at my nephew’s ballgame the other day,” said Mike Jenkins, the youngest of Bobby’s two biological sons. “I looked up, and for the first time ever, my dad wasn’t there. I think that was the toughest moment for me during this whole situation.”

Always passionate about sports, Jenkins coached football and baseball during his 18-year stint as a history teacher at CCHS. He stepped down from the Blue Devils’ football staff in the mid-1990s as Robbie and Mike entered the program though, not wanting their successes to be perceived as a product of nepotism.

“Being accountable for your actions was very important to him,” Mike said of his father. “He wanted to make sure we earned everything we got, so he constantly pushed us to work hard and always do the right thing.”

With their dad watching them from the bleachers every Friday night, the brothers, both quarterbacks, flourished.

Robbie threw for a then-school-record 21 touchdowns during the 1996 season, buoying CCHS to a share of the Commonwealth District championship and its first playoff berth in 13 years.

Mike took over as the Blue Devils’ starting QB in 1998, tossing 48 TD passes over the next two years and leading CCHS to back-to-back district titles. During his senior campaign in 1999, he not only broke Robbie’s record with 28 TDs, but he led the Blue Devils to a 14-0 record and the Class 5 state championship.

Both Mike and Robbie went on to play at the collegiate level, and they’ve each spent the better part of the last two decades coaching both high school and youth sports.

“He always pushed us to be the very best version of ourselves, both on and off the field,” Mike said. “I’ll never forget when we were kids and we’d be out in the yard chopping wood. If we didn’t stack the wood pile exactly the way he wanted it, where he wanted it, he’d make us do it all over again.

“It was always about doing things the right way, whether it was chopping wood, playing football, doing schoolwork or something as simple as how we treated others,” he added. “He’s the main reason why my brother and I became the people, and student-athletes, that we did.”

“In many ways, he was the perfect father,” Chelsea said. “He was always there, he pushed us to be the people we are today, and we knew he loved us deeply.”

Jenkins’ love and support didn’t end there, however.

“He always considered his players and his students family,” Mike said. “And he always pushed them to their limits and challenged them mentally, physically and emotionally the same way he did with us. Everyone knew that he did it because he cared about them.”

One such example of Jenkins’ impact on his protégés is Jabrel Mines, who played football for him at Caroline.

“He wanted the best out of you on the field and would not allow you to settle for anything less,” said Mines, who went on to play at William & Mary and earn a Bachelor of Science in kinesiology and health sciences. “Unlike most coaches, however, his guidance did not stop once you left the field. He wanted the best out of you in every aspect of your life because he truly cared about you.”

Mines, whose senior year of high school marked both his fourth season on the Cavaliers’ varsity squad and Jenkins’ fourth as its head coach, recalled the program’s struggles early in Jenkins’ tenure and the coach’s response to them.

“After we went 1-9 my freshman year, a lot of the players, myself included, were wondering if things were going to work,” he said. “The first day of camp my sophomore year, he asked me to go dig a hole. I was so angry because I didn’t come to practice to dig holes, I came to play football. If I wanted to dig holes then I would’ve stayed home and worked with my mom in her flower garden.”

Nonetheless, Mines grabbed a shovel and started digging. And he continued to do so until Jenkins told him he was finished.

“Little did I know, he was testing me to see if I would buy-in to doing anything he asked of me because he wanted me to be a team captain,” Mines continued. “He saw something in me that I honestly did not see in myself at the time. And if I wasn’t going to trust him completely to have my best interests as a student-athlete and a person at heart, then how could everyone else?”

Caroline drastically improved its record during Mines’ sophomore season, going 5-5. The following year, the Cavaliers narrowly missed the playoffs after posting a 7-3 mark.

With Mines leading the charge on the field and Jenkins calling the shots from the sidelines, Caroline went 8-3, earning a share of the Battlefield District title and its first playoff berth since 1993.

“By that time, the hole had blossomed into a flower bed,” Mines said with a smile. “That hole’s transformation into a beautiful flower bed represented a new foundation and a change in culture for us.”

“You have to surround yourself with good people ... people you can trust,” said Mike, who served as an assistant coach on his dad’s staff at Caroline alongside Robbie and Steve Jenkins, Bobby’s younger brother. “He knew he had to change the culture there and create an environment where it wasn’t about winning; it was about trusting him and doing the right thing. The wins came as a product of that.”

Another player from those teams said trusting Jenkins is perhaps the best decision he’s ever made.

“The influence he had on the person I am today is immeasurable. I will always remember him telling me if I quit at something one time, then I’ll be a quitter for the rest of my life,” said Marcus Dorsey, who is now an active-duty service member. “He was tough on us, but deep down we knew he was a gentle giant with a heart of gold.”

Dorsey recalled Jenkins wearing his heart on his sleeve for all his players to see.

“If players couldn’t afford certain items, whether it was equipment or some other necessity, he would pay for them himself,” he said. “He would literally give you the shirt off his back if you needed it.”

Jenkins’ generosity also extended to his fellow coaches as well.

“He gave me my first coaching opportunity after I moved to Virginia,” said Ken Wakefield, a New York native who served as an assistant under Jenkins at Caroline before later becoming the head coach at Culpeper and now Patrick Henry (Ashland). “I’ll always be grateful for that, as well as the high standards he demanded from everyone around him.”

Jenkins stepped down as the Cavaliers’ coach following a 6-4 mark in 2008. Caroline has not posted a winning campaign since then.

His accomplishments as a high school coach weren’t Jenkins’ only contributions to the local sports landscape. He pioneered Culpeper’s first youth football league, coached semipro teams in both Culpeper and Fredericksburg and was regularly involved with the Fellowship of Christian Athletes over the years..

“He believed that every kid should be able to play sports for free,” Mike said. “It was so important to him that they have that opportunity, because he knew how valuable playing sports can be in a child’s development as a person.”

In his later years, Jenkins did all he could to make sure his six grandchildren— Caleb, Jayden, Lauryn, Grayson, Logan and Kayleigh—felt the same love that he’d shown their parents and so many others he’d come in contact with throughout his life.

“He was always involved in their lives, whether it was taking day trips to Luray, Colonial Beach or right around the corner to Lake Pelham to feed the ducks” Robbie said. “And of course he was always there to run them to football, basketball, soccer or rugby practices.”

“All of his grandchildren loved him endlessly,” Chelsea said. “And that’s because his entire life revolved around his family. We all miss him, and losing him created a void for all of us that will never be filled.”

Starting the year 7-0 would make most teams ecstatic.

Week 9 of the 2021 (fall) high school football season is upon us. This week’s slate of games includes a Battlefield District contest between C…

At long last, Maliq Brown can take a deep breath and focus on playing basketball.

It wasn’t supposed to be this way for the Eastern View football team.

Eastern View had four runners finish in the top 10 to edge the Foxes, 44-45 for the team title.

Seone Goode was pleased with how the Eastern View volleyball team played in its regular-season finale, but certain the Cyclones hadn't played …