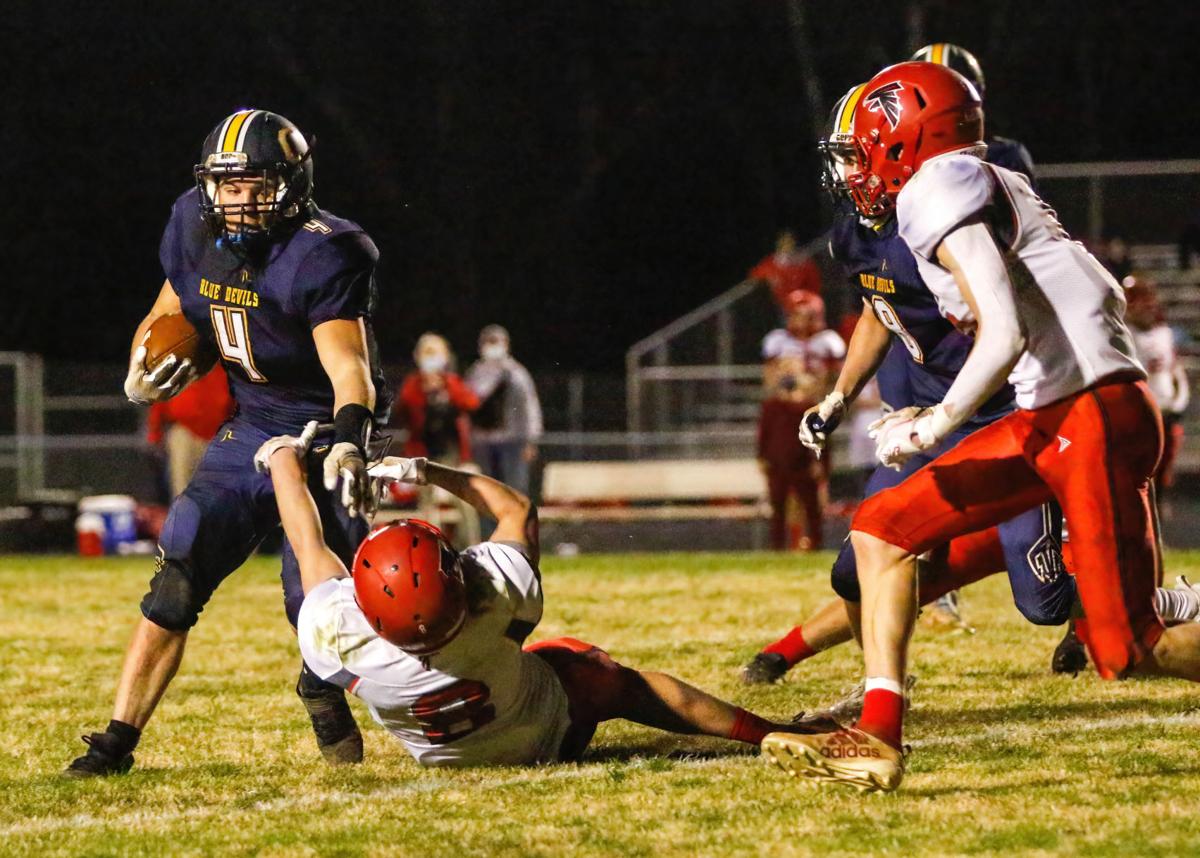 Culpeper’s Riley Harrison (4) flattens Fauquier’s Kobe Link (8) during a game on March 26. Harrison was a first-team all-Region 4C and first-team all-Class 4 Northwestern District pick at both running back and linebacker. 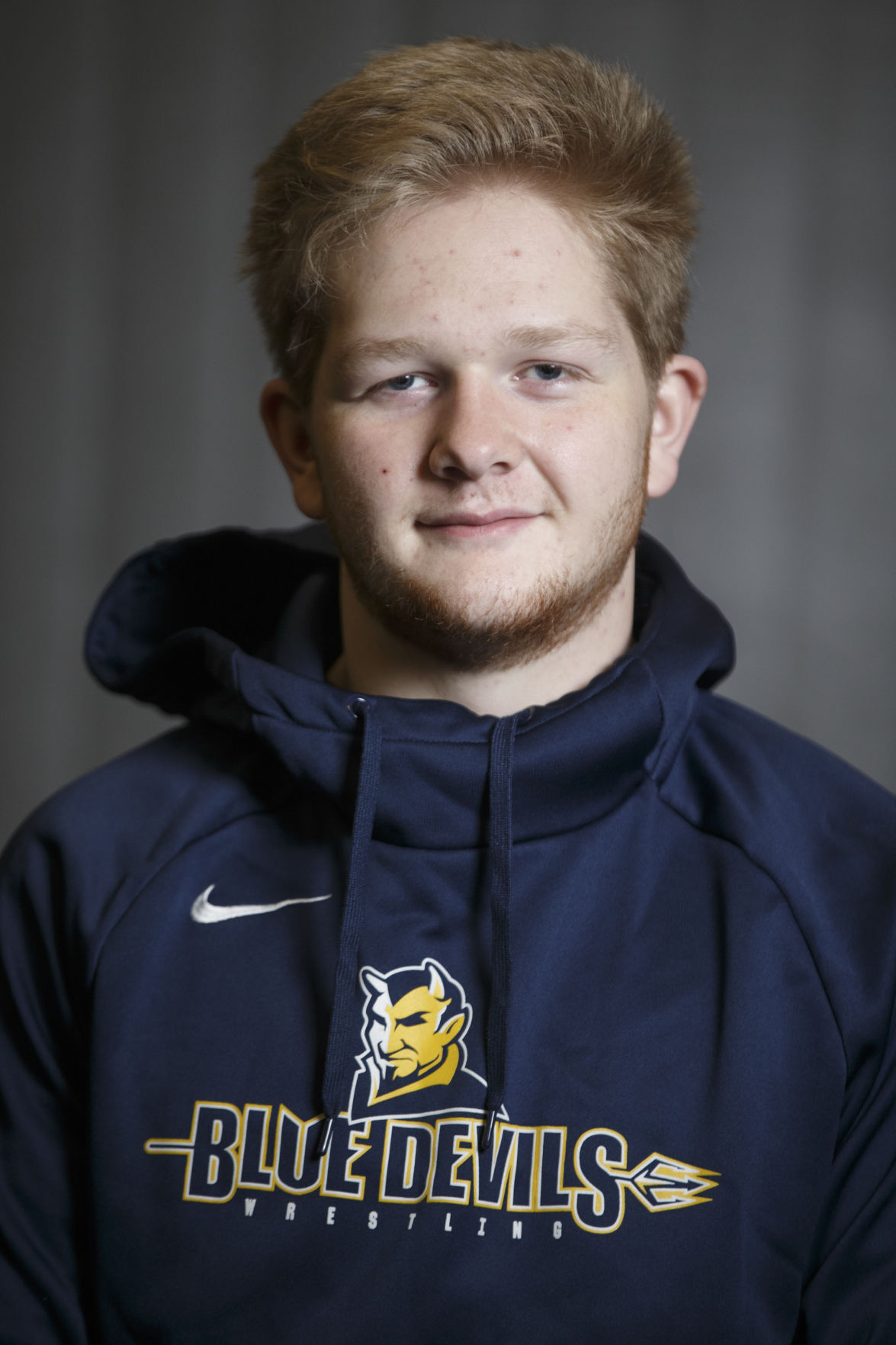 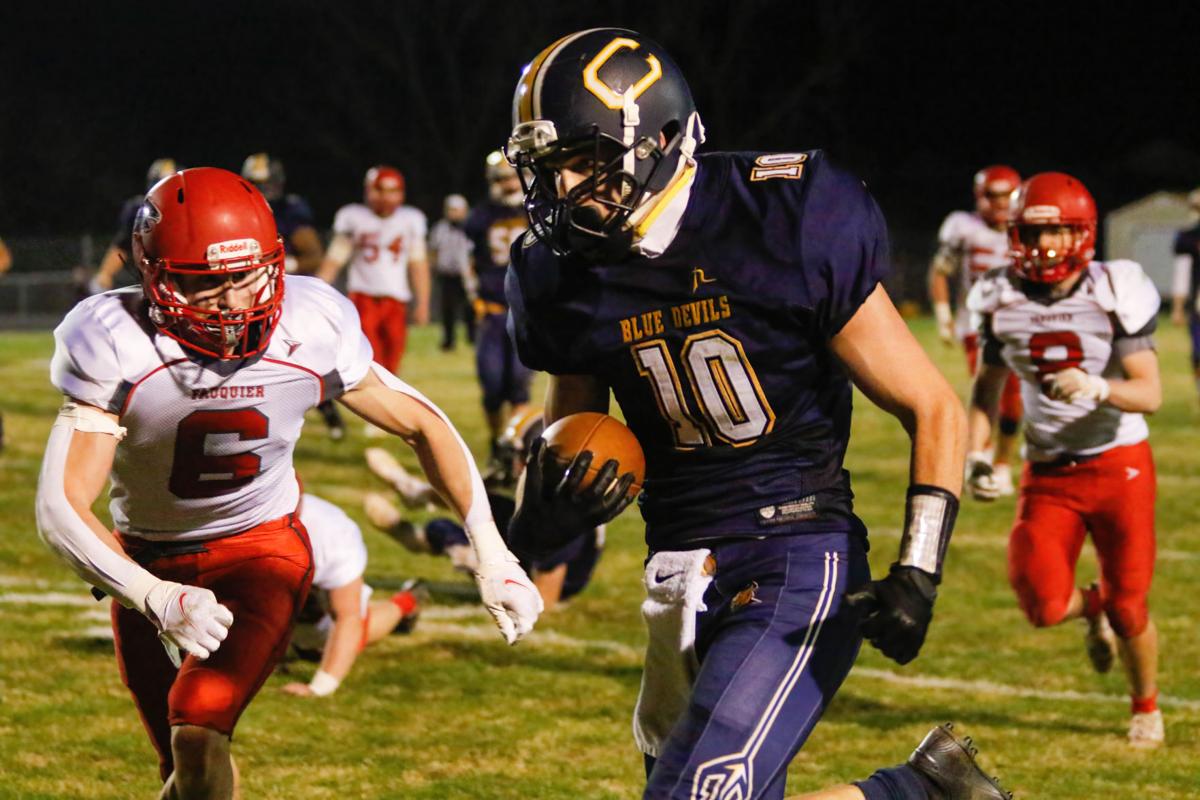 UVA-bound Culpeper senior Joe Holland (10) was named second-team all-Region 4C at punter. He earned first-team accolades at the same position on the all-Class 4 Northwestern District team, while also landing on the second team as a tight end as well.

Two-way standout Riley Harrison was one of four Culpeper High football players who received recognition when the all-Region 4C team was announced on Tuesday.

Harrison was the Blue Devils’ only first-team selection, garnering those honors on both offense and defense.

On offense, the senior rushed for team-highs of 559 yards and seven touchdowns despite sharing tailback duties with Malachi Terrell. He averaged over 6.7 yards per carry and posted back-to-back 100-plus-yard efforts in Culpeper’s final two games of the season, going for 189 yards and four scores in a 43-3 victory over Rock Ridge and then racking up 149 yards and a touchdown in a 45-21 loss to Sherando.

Harrison was a unanimous pick on defense by the region’s coaches. He led the Blue Devils in tackles (58) and tackles for loss (17) and was tied for second in sacks (4) from his linebacker spot.

“It’s a blessing to receive such an honor,” said Harrison, who will play for The Apprentice School in Newport News beginning this fall. “I will truly miss playing at Culpeper.”

Terrell was a second-team honoree at running back after tallying 528 yards and four scores. The dynamic sophomore turned in three 100-yard outings: 138 yards and a touchdown against Handley, 103 yards and a score on Rock Ridge and 119 yards and two touchdowns against Sherando.

“Riley and Malachi really helped us find our identity on offense,” said Blue Devils head coach James Ford, who guided the squad to a 2-5 record following an 0-4 start. “Being able to depend on them to pick up tough yards really took pressure off our freshman quarterback [Bennett Sutherland].”

Senior offensive lineman Bracken Hibbert was one of the reasons why Harrison and Terrell found so much room to run, and he was rewarded with second-team accolades for his efforts.

“Coming into the season, we felt like we had a strong group up front,” Ford said. “Bracken was a leader for us in the trenches.”

Rounding out the all-region performers for Culpeper was senior Joe Holland, who made the second team as a punter. Holland will be moving on to the University of Virginia in the fall, where he’ll play linebacker as a preferred walk-on.

Harrison was a unanimous first-team selection at both running back and linebacker, while Terrell, Hibbert and Holland all made the first team at the same positions they earned all-region for. Hibbert (33 TKL, 4 SCK, 11 TFL) and Holland (16 REC., 139 YDS., TD) also landed on the second team at defensive line and tight end, respectively.

Three senior Culpeper football players made their college destinations official at a signing ceremony held Tuesday afternoon at the school.

The Culpeper baseball team fell behind early in a 9-0 loss at Kettle Run Tuesday night.

To say Monday’s season-opening loss to James Monroe left a bad taste in the mouth of the Eastern View baseball team would be an understatement.

The Culpeper baseball team started its season off on a high note Wednesday night, thumping visiting Warren County 13-3 in a matchup that was s…

Culpeper’s Riley Harrison (4) flattens Fauquier’s Kobe Link (8) during a game on March 26. Harrison was a first-team all-Region 4C and first-team all-Class 4 Northwestern District pick at both running back and linebacker.

UVA-bound Culpeper senior Joe Holland (10) was named second-team all-Region 4C at punter. He earned first-team accolades at the same position on the all-Class 4 Northwestern District team, while also landing on the second team as a tight end as well.