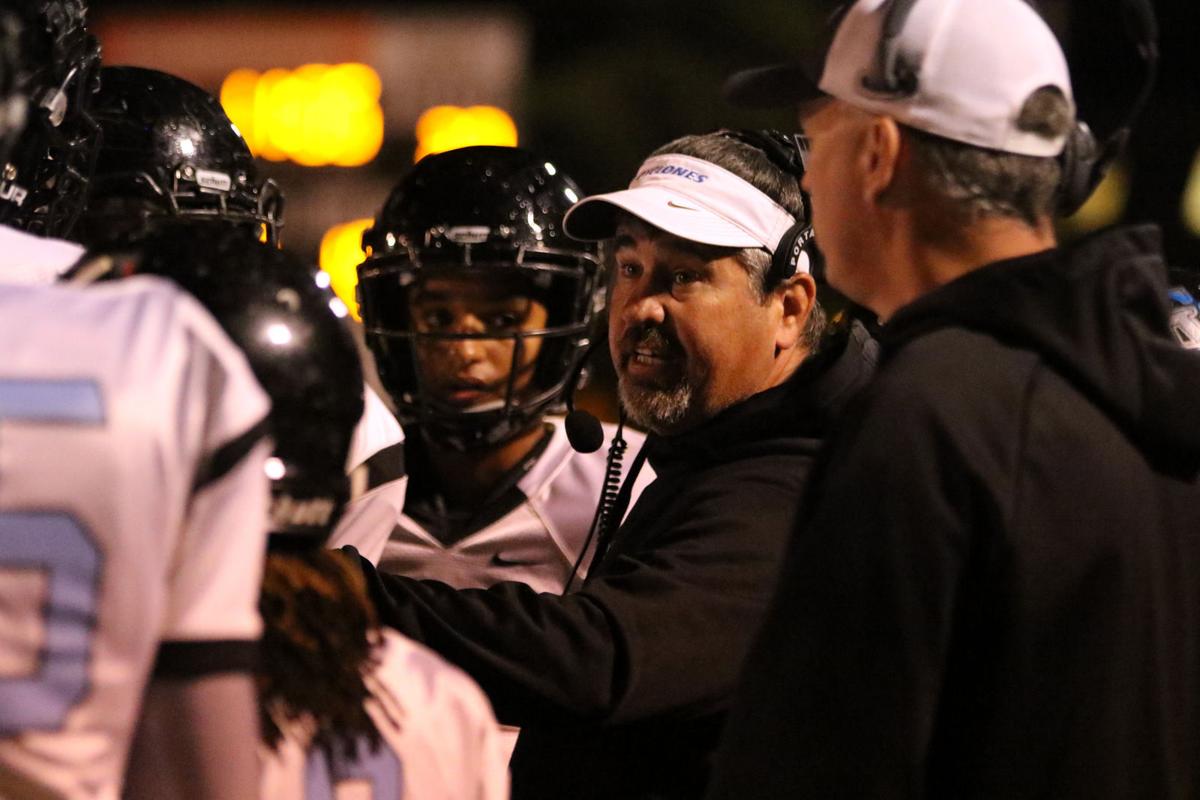 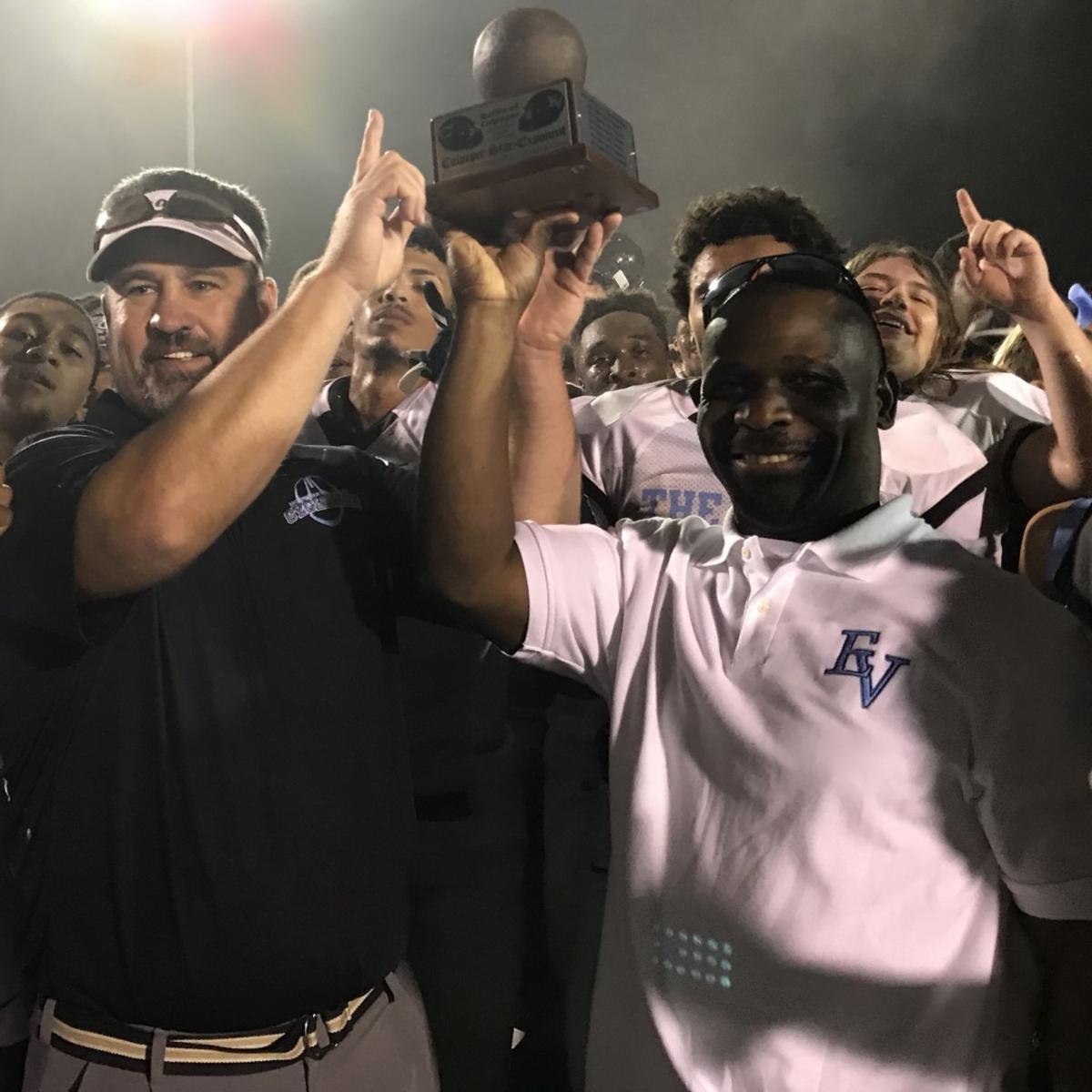 Like all good things, Greg Hatfield knew his wildly successful tenure as Eastern View High School’s head football coach would come to an end one day.

Unfortunately for Cyclone fans, that day has come.

Bobcats, We would like to announce the hiring of our new Battlefield Football Coach, Greg Hatfield. BHS is really excited to have landed such a great individual and outstanding coach. Coach has lead successful programs in the past, the most recent being Eastern View HS. pic.twitter.com/2HCMvukROR

“It was time to make a change,” Hatfield said when reached by phone late Tuesday afternoon. “My time at Eastern View has been incredibly special, but it’s important that we always strive to find new challenges in life. This is my next one.”

Hatfield’s decision marks the end of an era for the Cyclones, who have never known another head coach.

When Eastern View opened its doors in 2008, athletic director Mark Settle was looking for someone who could build a program virtually from scratch. Hatfield was the head coach at nearby Fauquier at the time, and he was fresh off leading the Falcons to their first playoff berth in five years. Prior to that, he’d directed Central-Woodstock to its first two district championships and postseason trips in program history in 2003 and 2004.

Hatfield’s growing resume and Settle’s familiarity with him—they’d gotten to know each other while serving as assistants on Lou Sorrentino’s staff at Culpeper in the mid-1990s—convinced Settle that he had the right man for the job.

“[Eastern View] was the new kid on the block, and we needed to figure out who we wanted to be as a football program,” Settle said Tuesday afternoon. “It was the right fit for both him and our school, and 13 years later the rest is history.”

The Cyclones experienced a taste of success immediately, posting back-to-back 7-3 marks before going 8-4 and advancing to the regional title game in Hatfield’s third season at the helm.

Despite the on-field results, Hatfield said those years posed quite a challenge.

“We really were building things from scratch,” he recalled. “Culpeper had really struggled in the last few seasons (going 2-8 three straight years) before Eastern View opened, so we inherited a lot of young men who simply didn’t know how to win and what it took to do so on a consistent basis.”

The challenges of building a consistent winner were apparent in 2011 and 2012, when the Cyclones finished a combined 9-11. But the following season, the fruits of Hatfield and Co.’s labor began to ripen.

“We went from working in parking lots before the fields were even ready to being a perennial contender year in and year out,” said Hatfield, who ends his tenure at Eastern View with a 109-36 record that includes a perfect 13-0 mark against rival Culpeper. “I’m very proud of everything we were able to accomplish while I was there. I’m also extremely grateful to Mark for giving me the opportunity 13 years ago and to the Eastern View community as a whole for their tremendous support over the years.”

“Greg did a great job of turning so many kids into fine young men when they came through the program,” Settle pointed out. “And that’s even more important than the wins and losses on the field.”

Blake Leake, who played four seasons for Hatfield before graduating in 2020, backed up Settle’s remarks.

“Coach Hatfield’s record speaks for itself, but what he’s done for so many players in his program that have moved on to the next level—myself and my brother included—can’t be spoken about enough,” Leake said Tuesday evening. “He’s been providing young men with a pathway to success for years, and I think that’s the most impressive thing about the program he built. He surrounded his players with successful men that molded us into being not only great football players, but also high-character people.”

“He was a big help in getting me into college,” Hoskin added. “He’s always been more than just a coach to me. I consider him a father figure, and I’m extremely grateful to have been able to play for him these past four years.”

The admiration for Hatfield doesn’t emanate solely from his former players, however.

“I’ve cherished being able to compete against Greg,” said longtime Courtland head coach J.C. Hall, whose 6-4 career record against Eastern View makes him one of the few people who can claim success against Hatfield’s teams. “It was always two good friends going at it in a knock-down, drag-out battle for two hours. You had to show up ready to battle, because his teams were well-coached and very physical on both sides of the ball.”

Hatfield said those matchups with the Cougars are among a handful of memories that stand out the most to him when looking back on his time with the Cyclones.

“We had some tremendous battles with Courtland, Chancellor and Sherando, to name just a few,” he remembered. “I’ll also never forget beating Louisa in the ‘Miracle at Mineral’ in the 2018 regional semifinals, which led to us eventually winning our first regional championship the following week against a great Dinwiddie team. We had some great ones against them over the years as well.”

Hatfield’s next challenge will come on the state’s biggest stage. Battlefield has the second-highest enrollment of any public high school in Virginia, with 2,946 students at the start of the 2019-20 school year. The Bobcats compete in Region 6B and are members of the Cedar Run District. The district is comprised of fellow Prince William County schools Osbourn Park, Patriot and Unity Reed, as well as Manassas City’s Osbourn and Loudoun County’s John Champe.

“It’s the highest level of football in the state,” he said. “I’m very excited to get up there and get started.”

The Hatfield-to-Battlefield process began after Scott Girolmo decided to resign as the Bobcats’ head coach in order to accept the same job at Prince George. Hatfield was aware of the situation because of his relationship with Mark Cox, who achieved his own level of success after starting Battlefield’s program from scratch when the school opened in 2005. Cox went on to compile a 98-42 mark with one state title and a pair of regional crowns during his 12 seasons at the helm.

“I know Mark very well, so we had conversations when the position came open,” Hatfield said. “[Battlefield] is a spectacular place that has an excellent athletic department with high standards.”

“All the ingredients are in place for Battlefield to be a perennial contender,” he added. “The talent and the facilities are there, and I can promise you we are going to bring the grit that became a trademark of our teams at Eastern View.”

Hatfield said he and his wife Susie are still deciding what the best course of action is for their three youngest children, all of whom are currently enrolled at Floyd T. Binns Middle School in Culpeper. Daughter Hailey will be a high school freshman in the fall, while sons Luke and Brock will be entering the eighth and seventh grades, respectively.

“We’re still mulling our options,” he said. “But I can practically guarantee you that my boys will be playing football for me.”

Hatfield’s two oldest children, daughters Emily and Sarah, graduated from Eastern View in 2019 and 2020, respectively. They both played several sports, including field hockey and soccer. Sarah led the Cyclones to the 2019 Class 4 state championship in field hockey, finishing as the program’s all-time leading scorer in the process.

“When you’ve lived in a community for this long, it becomes as ingrained in you as you do in it,” Hatfield said. “Both Emily and Sarah loved competing for Eastern View. Hailey has already gotten a taste of that as a part of the junior varsity field hockey team, and I think Luke and Brock probably thought they’d be doing the same. So it’s incredibly hard to leave this wonderful place behind for so many reasons. But I do so with a smile on my face and the knowledge that my time here has been great.”

Week 4 of the 2021 (fall) high school football season is upon us. This week’s slate of games includes a matchup between ex-Northwestern Distri…

When Robbie Jenkins thinks about how devoted his father was to his family, his mind immediately zeroes in on a moment that took place almost 2…

Eastern View football coach Brian Lowery likes to remind his players that if they focus on doing their jobs and being the best they can be, th…

By NATHAN LOPRETE FOR THE CULPEPER STAR-EXPONENT