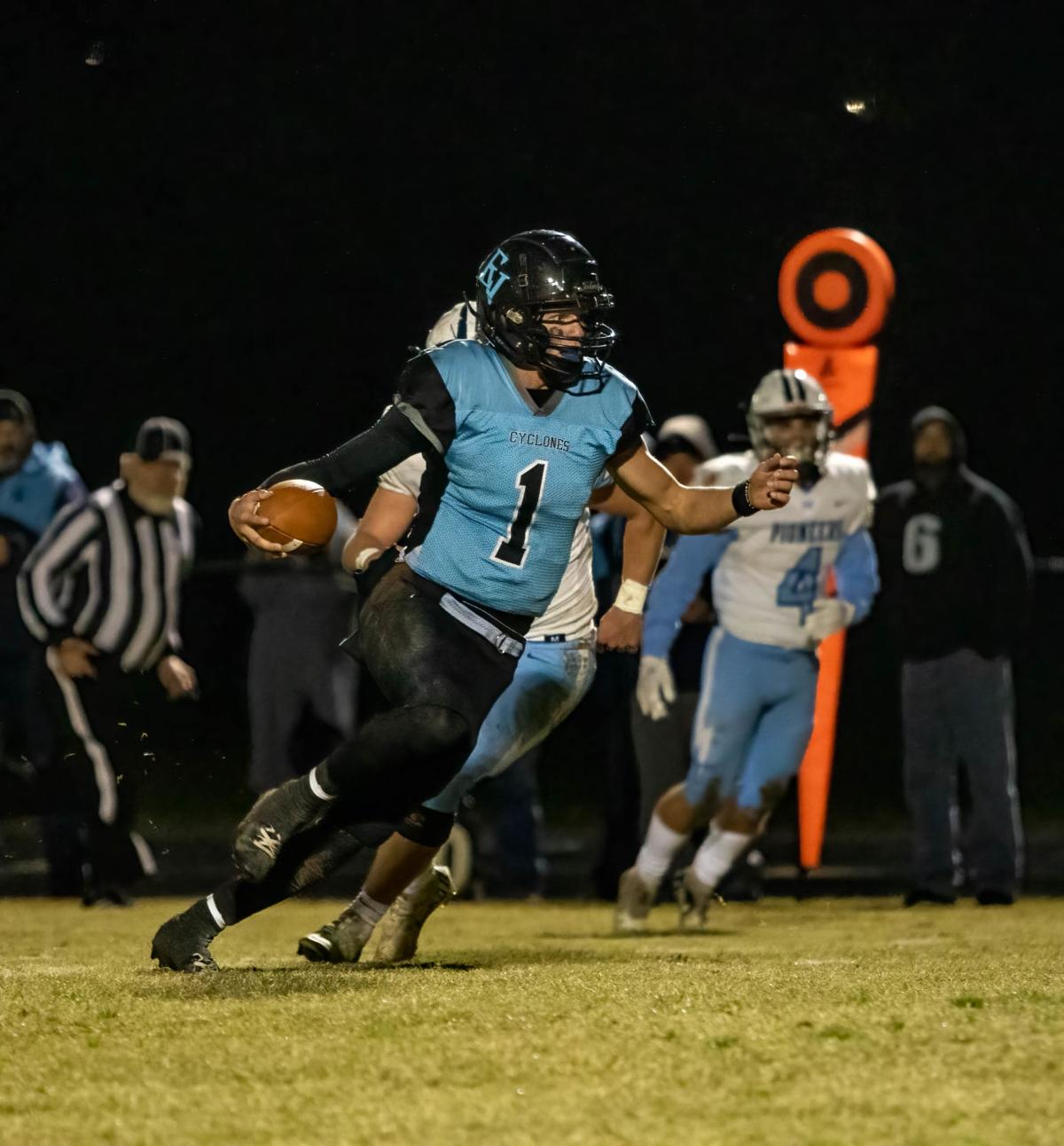 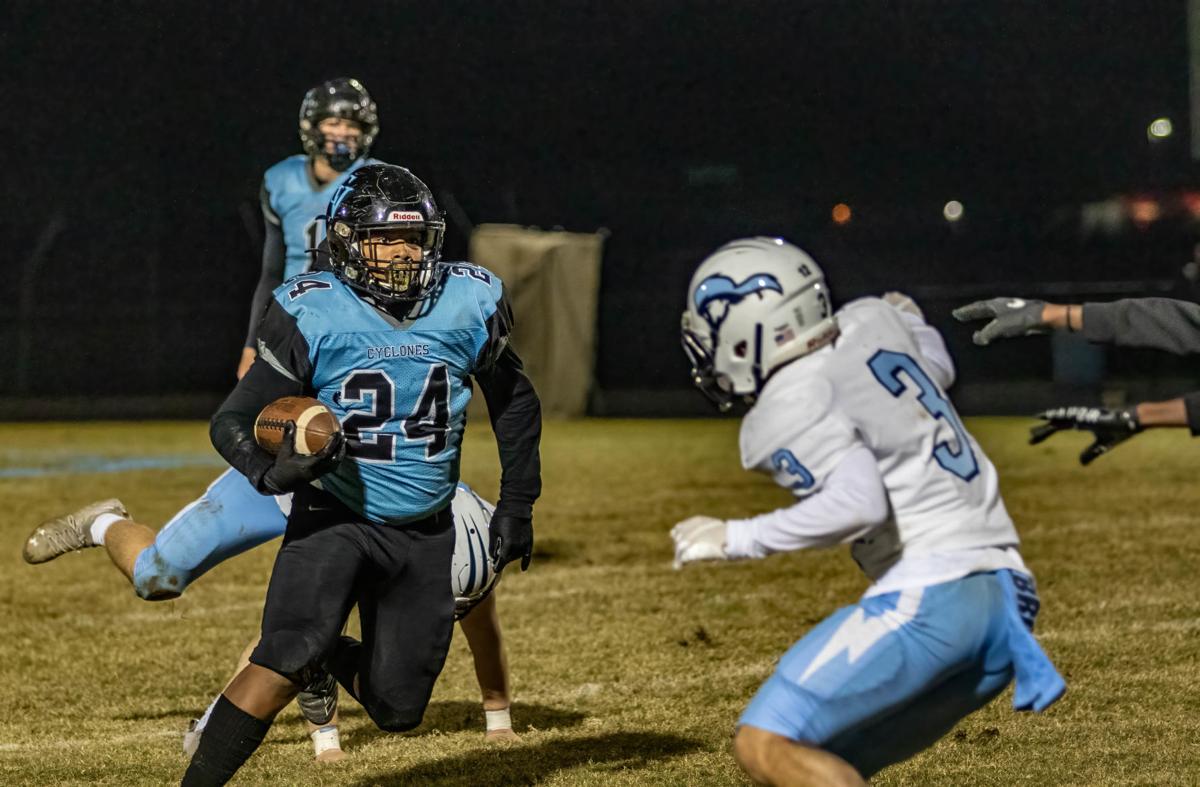 Caden Huseby ran for three touchdowns, all in the first half, as the Eastern View football team defeated visiting Millbrook 49-28 in its season finale last Friday night.

The senior quarterback scored on runs of 8, 1 and 24 yards to help the Cyclones snap a four-game losing streak. He finished the contest with 70 yards rushing on nine carries and also completed 12 of 25 pass attempts for 188 yards.

Eastern View (5-5) built a quick 10-0 lead in the first quarter courtesy of a Brett Clatterbaugh interception return for a TD, followed by a safety. Then Huseby went to work, closing out the period with his first scoring scamper and tacking on the other two in the second stanza to stake the Cyclones to an insurmountable 29-0 advantage.

Eastern View continued to emphasize its rushing attack in the second half, as Deuce Washington, Jayden Williams and Brayden Walker all scored one TD each.

Washington finished with a team-high 71 yards on nine carries, and the Cyclones racked up a total of 223 yards on the ground.

“The kids played hard and played for each other, and that was very good to see,” said Brian Lowery, who completed his first season as Eastern View’s head coach. “Chemistry is such a huge part of football, so to see the younger kids want to play hard and send our seniors out with a win was awesome.”

Lowery added that his squad seemed unfazed by the fact that it had been officially eliminated from playoff contention prior to Friday’s contest.

“It’s very easy for teams to just fold and quit when playoffs are out of the picture, and the kids didn’t do that” he pointed out. “That’s a testament to their character as young men.”

Detric Brown completed 17 of 29 passes for 297 yards and three scores for Millbrook (1-9), which trailed 29-7 at halftime. C.J. Standen was on the receiving end of many of Brown’s throws, hauling in eight catches for 203 yards and a TD.

The Cyclones will lose just 10 seniors to graduation from this year’s roster, and Lowery said the underclassmen will begin preparations for next season in just a few weeks.

“We all need a short break, but we can’t wait to get back in the weight room in a few weeks,” Lowery said. “Winning that last game gives us a lot of positive momentum heading into the offseason.”

High school basketball coaches differ on their opinions when asked about playing in holiday tournaments while their players are on winter break.

These rare photos show Tom Brady from his baseball days