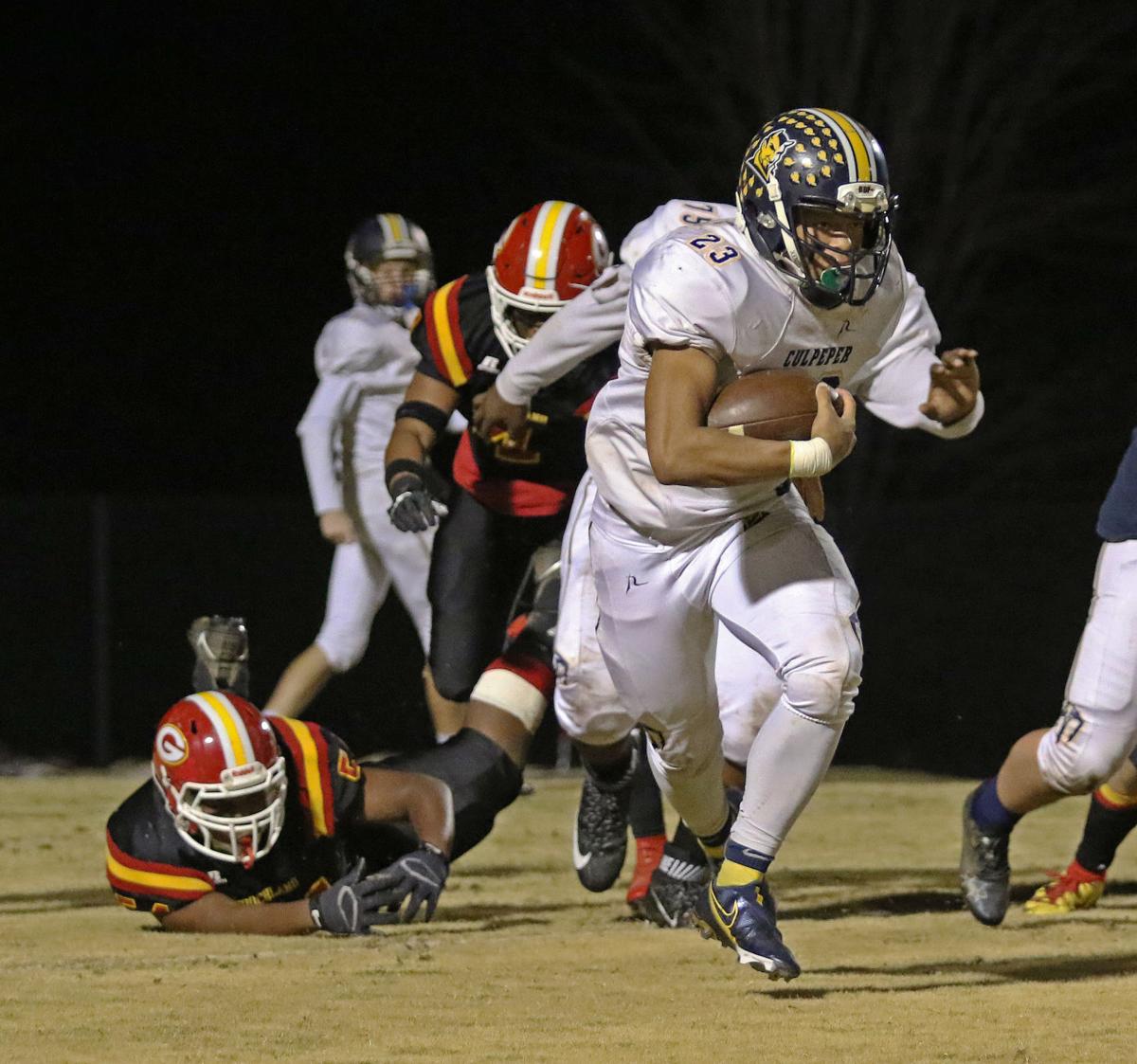 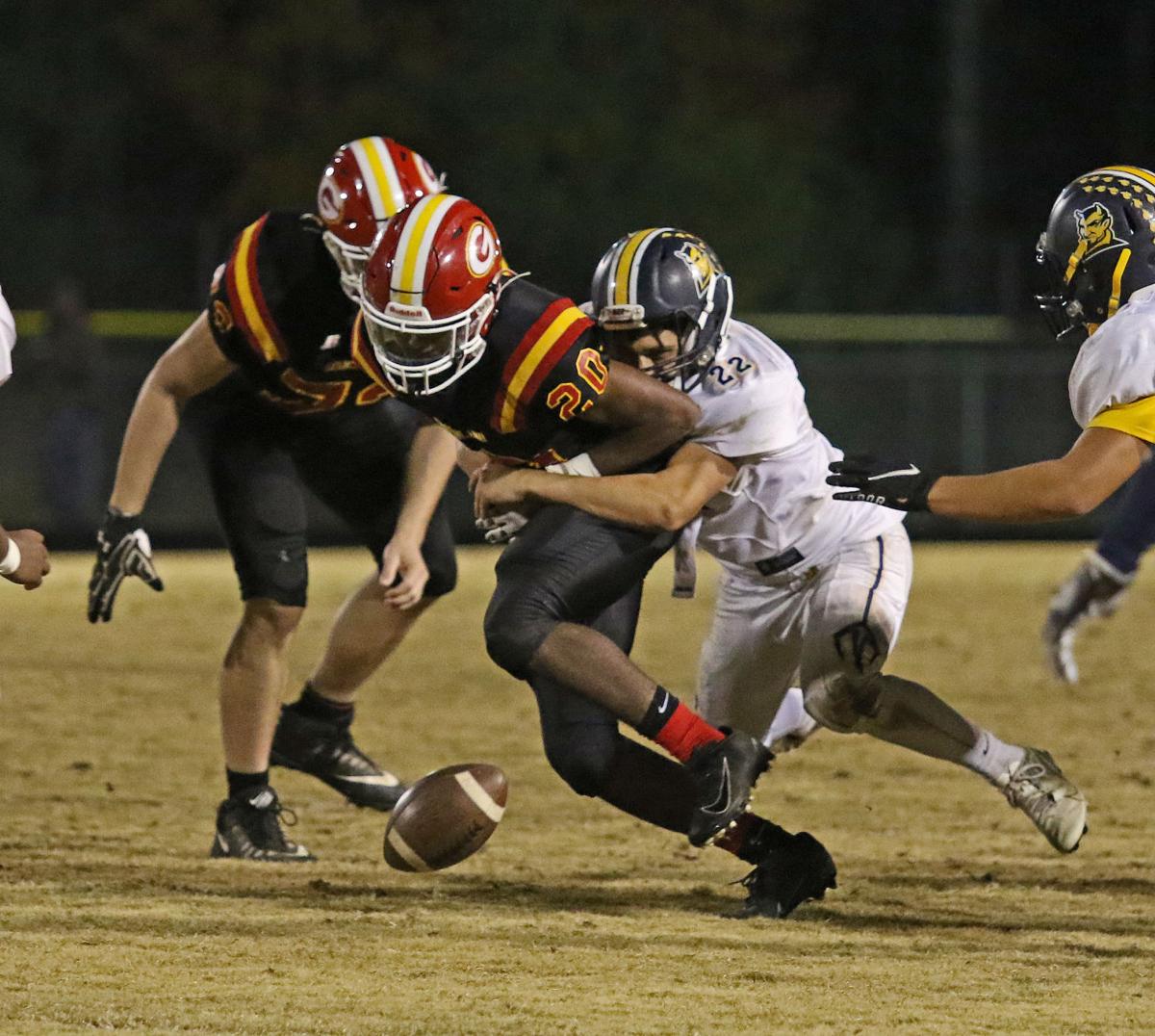 With both teams mired in a three-game losing streak, something had to give in Friday’s Region 3B first-round playoff matchup between Culpeper County and Goochland.

Unfortunately for the Blue Devils, the host Bulldogs made one more big play than they did in what proved to be a seesaw affair.

C.J. Towles’ 12-yard touchdown pass to Jason Woodson with 58 seconds to go lifted Goochland to a 24-23 victory, sending the Bulldogs to the regional semifinals and ending Culpeper’s most successful campaign in three years.

Goochland fired the opening salvo in its first-ever meeting with Culpeper (4-7), taking a 3-0 lead on Tyler Black’s 23-yard field goal midway through the first quarter.

The Blue Devils responded with a field goal of their own, as R.J. Uribe’s 25-yard attempt tied the score at 3 early in the second period.

Towles snapped the deadlock by breaking free for a 55-yard scoring scamper just before halftime, sending the Bulldogs to the locker room with a 10-3 advantage.

As it has so often this season, Culpeper turned to Malachi Terrell when push came to shove.

Terrell’s 60-yard TD run midway through the third quarter pulled the Blue Devils even at 10 apiece. He tacked on another score on a short run later in the stanza, giving them their first lead of the night at 17-10.

Terrell, who leads the Fredericksburg area in rushing, finished the contest with 197 yards on the ground.

Undeterred by the hard running of Terrell, Goochland fired back with a 46-yard scoring strike from Towles to Derek Pierce that knotted things up again at 17 just a minute into the fourth period.

Towles completed 6 of 14 passes for 153 yards and tallied 99 yards rushing.

Facing a fourth-and-1 at the Bulldogs’ 5-yard line with just under six minutes remaining, Culpeper again turned to Terrell. The junior powered his way into the end zone to put the Blue Devils up 23-17. However, Uribe’s extra-point attempt was off the mark, which left the door open for Goochland to take the lead on Woodson’s TD catch and Black’s successful point-after attempt.

Culpeper managed to convert two quick first downs on the game’s final possession, but ultimately ran out of time.

“You all played like champions,” Blue Devils head coach James Ford told his squad during the postgame huddle. “You all played hard but came up just short. I thank you, am proud of you and appreciate you all, but remember to do what you’re supposed to do so we can be back next year. I love you all!”

The Culpeper Star-Exponent’s Devin Payne contributed to this report.

Tom Brady talks about what he looks forward to in retirement

Tom Brady talks about what he looks forward to in retirement

Cam Heyward apologizes after punching Justin Herbert in the stomach

Cam Heyward apologizes after punching Justin Herbert in the stomach

The Lancies 2021: A feasting of the best of area high school football

Orange County kept within striking distance in the first half, but second-seeded George Washington-Danville held the visiting Hornets scoreles…

Caden Huseby ran for three touchdowns, all in the first half, as the Eastern View football team defeated visiting Millbrook 49-28 in its seaso…

King George junior quarterback Zach Ferguson was struggling throughout the Foxes’ Region 4B quarterfinal against visiting Chancellor on Friday night.