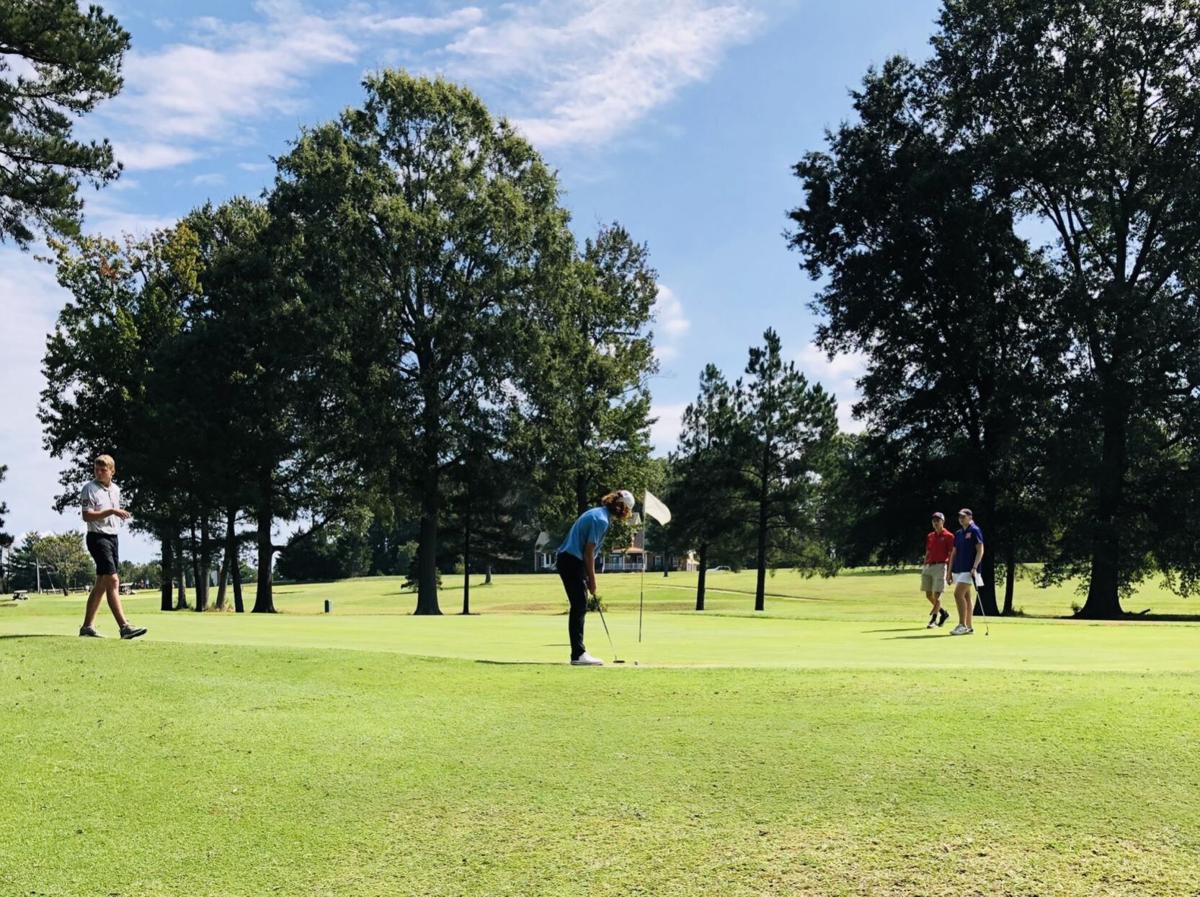 Eastern View’s Jason Mills in action at the Region 4B golf tournament on Wednesday, Sept. 29, 2021. Mills shot a combined 158 over the course of the two-day event, helping the Cyclones finish fifth overall. 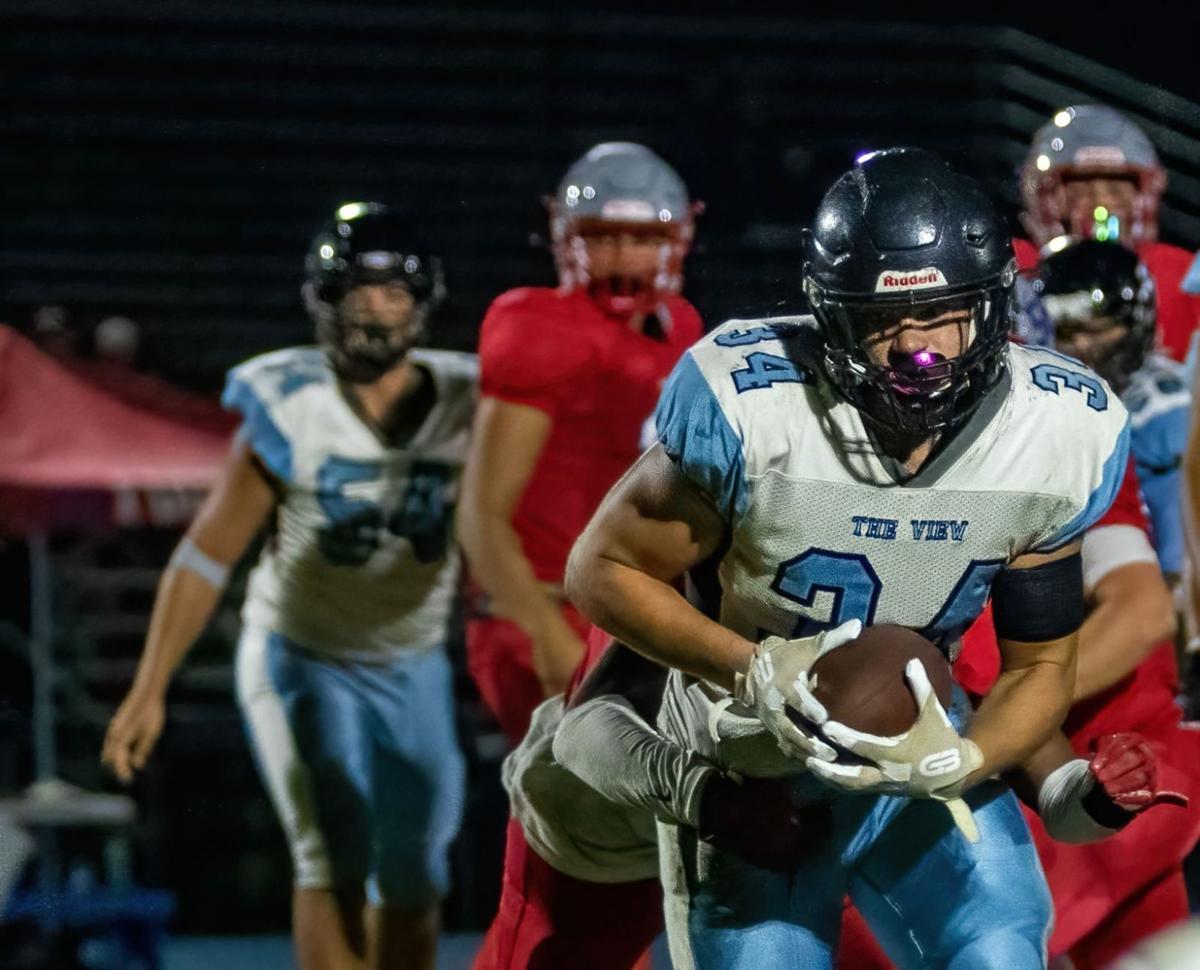 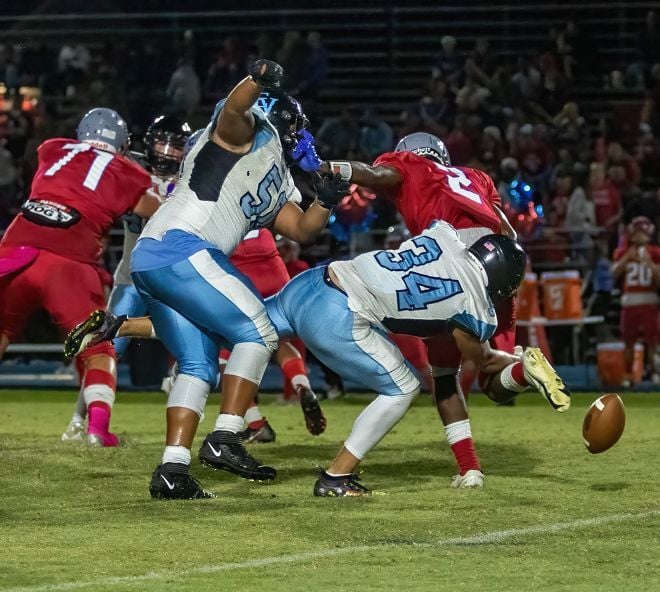 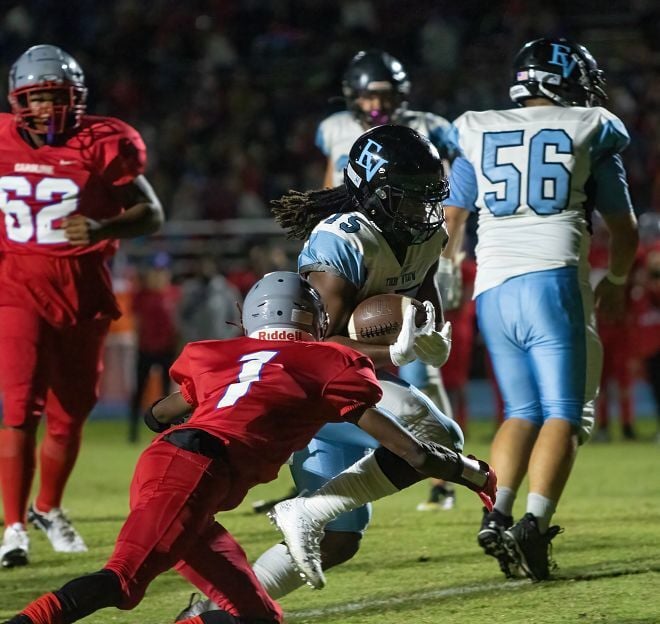 Eastern View's Deuce Washington (15) runs past Caroline's Dominque Washington (1) during a game at Caroline on Friday, Oct. 1, 2021.  Washington scored a touchdown in the Cyclones' 35-0 win.

The Eastern View golf team wrapped up its season by finishing fifth overall at the Region 4B tournament, which was held last Wednesday and Thursday at The Hollows Golf Club in Montpelier.

The Cyclones shot a combined 663 over the course of the two-day event. Jason Mills led the way with a 158, which tied him for 11th place in the individual standings.

“We had the best season in school history,” Cyclones coach Patrick Thornhill said. “We swept district competition, set a new school record for best team score, and many of our guys posted career-best performances. I’m proud of our team and very excited for the future.”

Thornhill has good reason to be excited. Of those five players, only Robert Scott is a senior. Mills and Leonardo are sophomores, while Robson and Peter Scott are juniors.

“The sky’s the limit with these guys,” Thornhill added.

Monacan shot a 627 to win the team championship, while Powhatan was the runner-up with a 633. Both of those squads will advance to the Class 4 state competition, which will be held on Oct. 12 at Glenrochie Country Club in Abingdon.

EASTERN VIEW 35, CAROLINE 0 Senior quarterback Caden Huseby completed 10 of 15 passes for 75 yards and a pair of touchdowns to lead the visiting Cyclones to a Battlefield District victory at Caroline.

Huseby connected with senior wide receiver Connor Weeks for a 10-yard score in the second quarter, which extended Eastern View’s lead to 20-0 at the time. He added a 12-yard TD to freshman tight end Brett Clatterbaugh in the fourth period.

Junior running back Deuce Washington scored on a 10-yard run to give the Cyclones (4-1 overall, 2-1 district) a 14-0 advantage in the first quarter. Sophomore backfield mate Jayden Williams chipped in a 1-yard scoring scamper as well.

Eastern View will be back in action when it hosts James Monroe next Friday.

Starting the year 7-0 would make most teams ecstatic.

Week 9 of the 2021 (fall) high school football season is upon us. This week’s slate of games includes a Battlefield District contest between C…

It wasn’t supposed to be this way for the Eastern View football team.

At long last, Maliq Brown can take a deep breath and focus on playing basketball.

Eastern View had four runners finish in the top 10 to edge the Foxes, 44-45 for the team title.

Seone Goode was pleased with how the Eastern View volleyball team played in its regular-season finale, but certain the Cyclones hadn't played …

Victory was already well in hand, but Vern Lunsford couldn’t pass up a shot at passing history for Zach Ferguson.

Eastern View’s Jason Mills in action at the Region 4B golf tournament on Wednesday, Sept. 29, 2021. Mills shot a combined 158 over the course of the two-day event, helping the Cyclones finish fifth overall.

Eastern View's Deuce Washington (15) runs past Caroline's Dominque Washington (1) during a game at Caroline on Friday, Oct. 1, 2021.  Washington scored a touchdown in the Cyclones' 35-0 win.