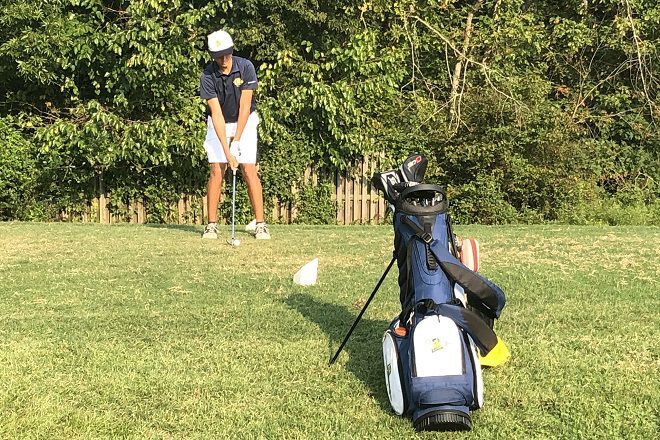 Culpeper County’s Nathan Amos putts during Monday’s tri-match with Spotsylvania and Liberty (Bealeton) at the Country Club of Culpeper. Amos shot a 40 to take medalist honors for the seventh time so far this season. 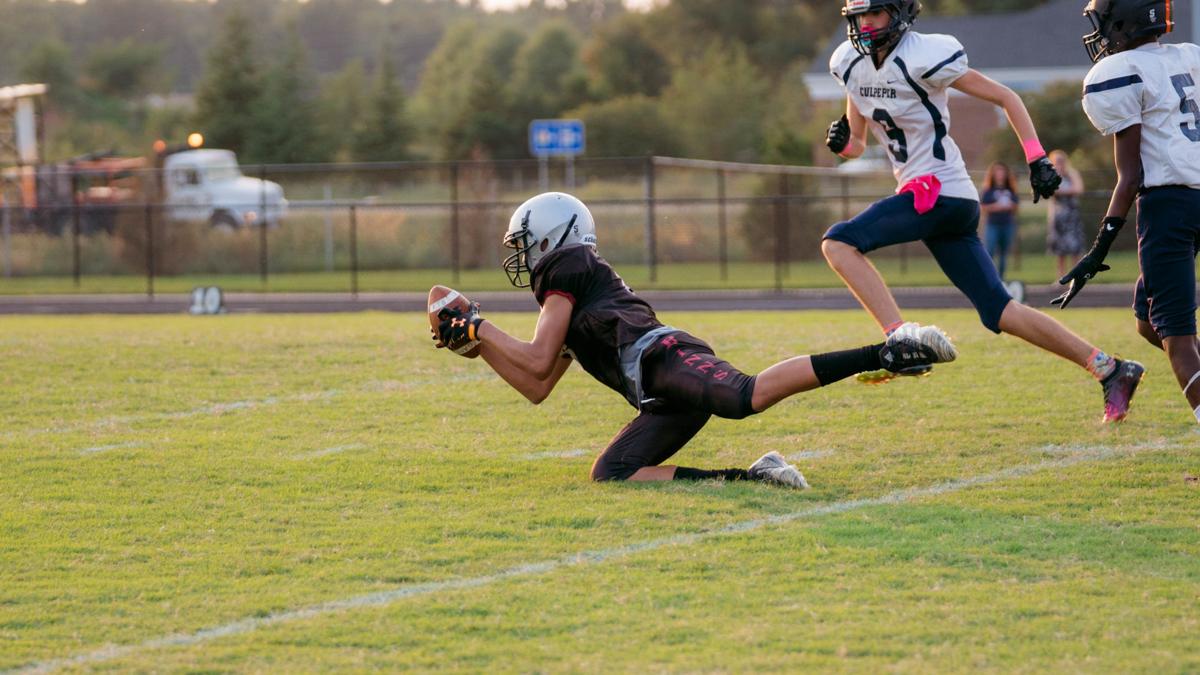 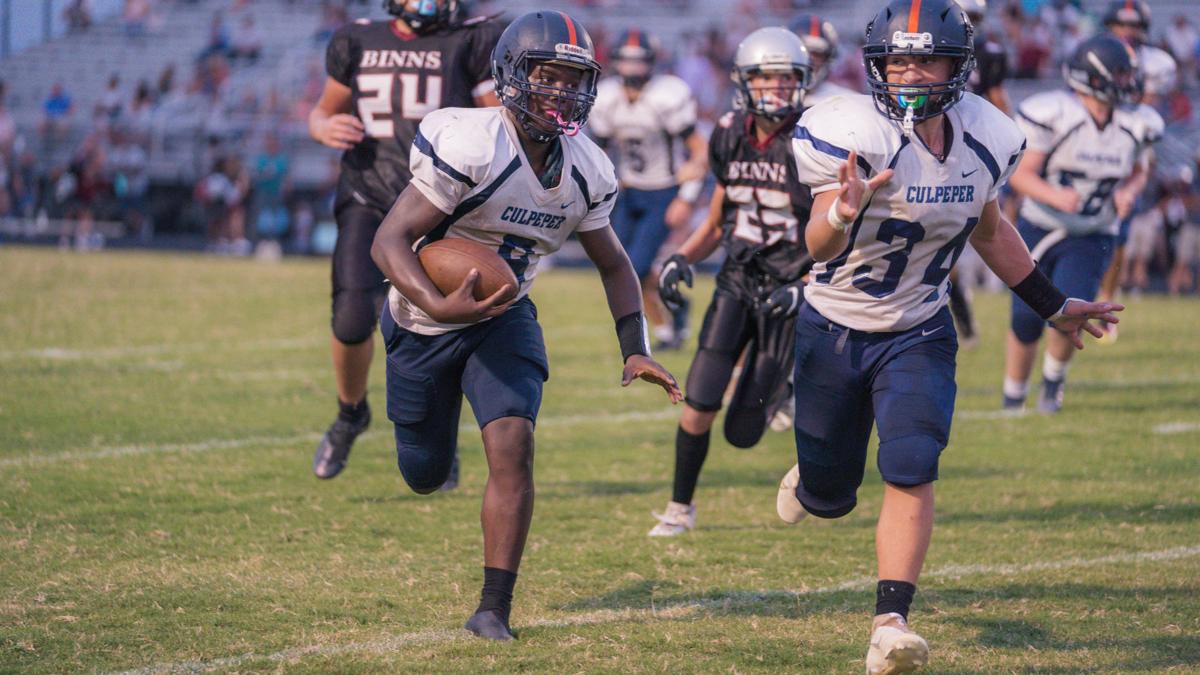 Culpeper County’s Nathan Amos won medalist honors, but Spotsylvania earned a team victory at Monday’s golf tri-match against the Blue Devils and Liberty (Bealeton) at the Country Club of Culpeper.

It was the seventh individual medal so far this season for Amos, who shot a 40.

Teammate Colton Metzgar was right behind Amos, finishing in second place with a 41.

Overall, Culpeper finished with a 175 on the afternoon.

Spotsylvania’s Wyatt Brown notched third after shooting a 43, while teammate James LaVoy took sixth with a 49. Nate Webner (50) and Toby LaVoy (51) also turned in solid performances, helping the Knights barely edge the Blue Devils with a 173.

Liberty, which finished with a 207, was paced by Liam Collins and Evan Earhart, who both shot a 48 to tie for fourth.

Culpeper (5-7) played in the Skyline Hawk Invitational on Tuesday. Look for results from that match later this week in the Star-Exponent.

The Blackhawks scored a touchdown in overtime to hold off off the visiting Cougars in the season opener for both teams at Eastern View High School on Monday night.

Binns has a quick turnaround for its next game, which will be a road matchup at Walker-Grant in Fredericksburg on Thursday. CMS will also return to action that night, as it will welcome King George to Culpeper County High School’s Broman Field.

There’s an old proverb that goes, “If at first you don’t succeed, try, try again.”

Week 5 of the 2021 (fall) high school football season is upon us. This week’s slate of games includes a Battlefield District contest between E…

If there really is such a thing as a “trap game,” the Culpeper County football team may be facing one this week.

Culpeper County’s Nathan Amos putts during Monday’s tri-match with Spotsylvania and Liberty (Bealeton) at the Country Club of Culpeper. Amos shot a 40 to take medalist honors for the seventh time so far this season.