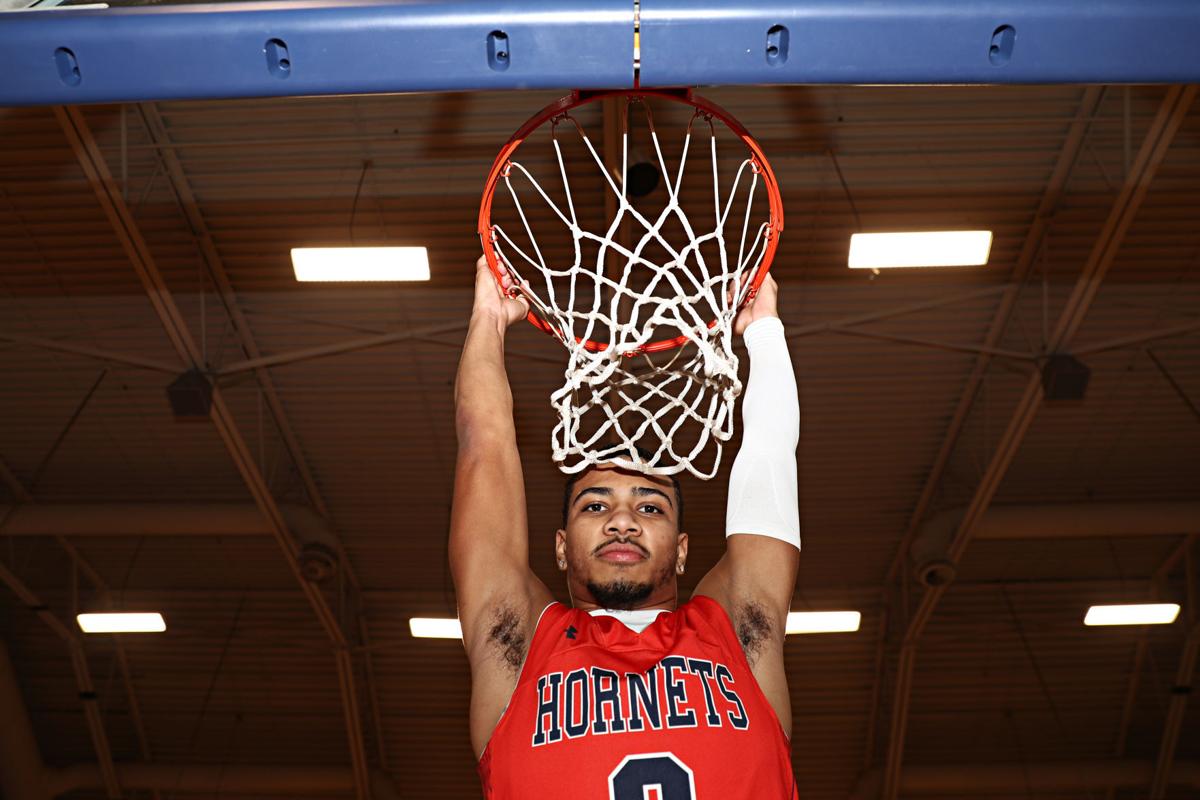 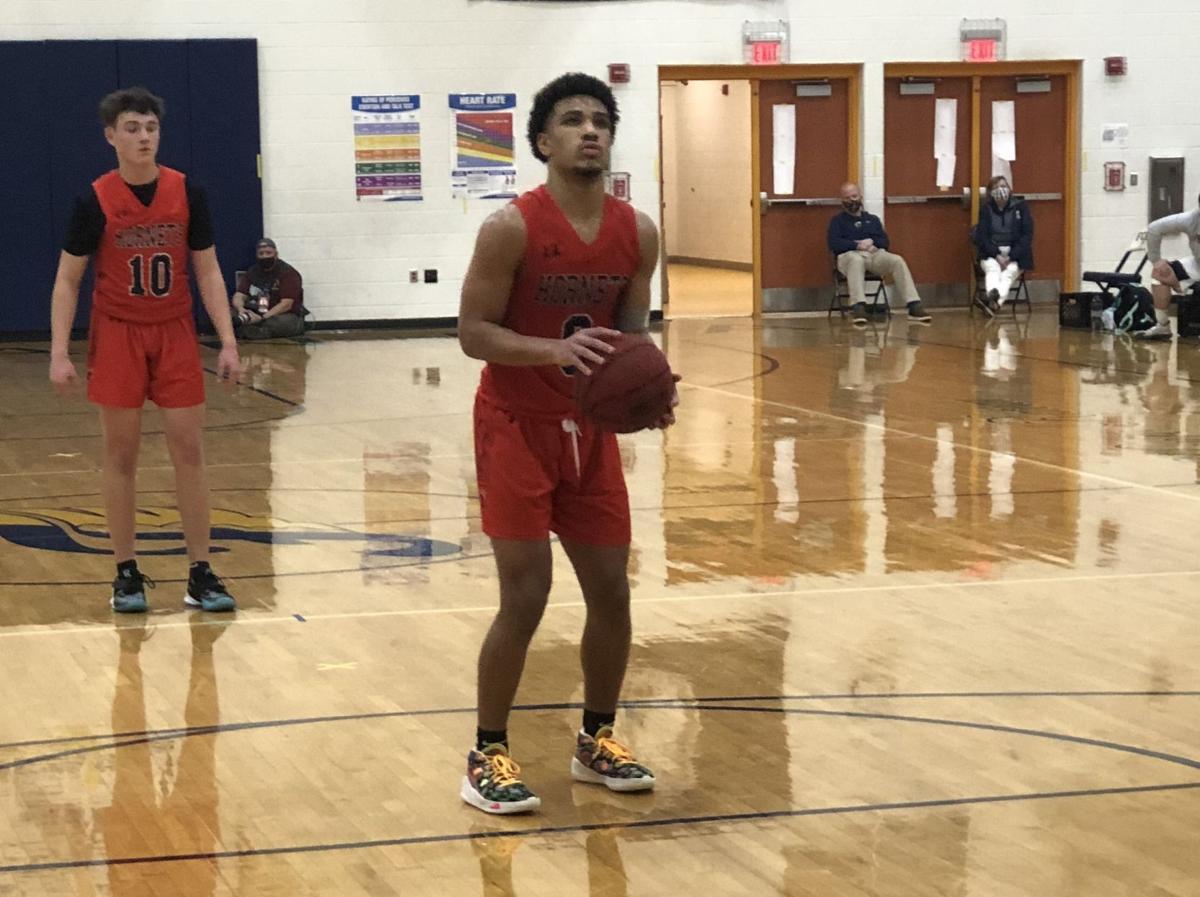 By JOHN HARVEY The Daily Progress

ORANGE—As a starting point guard, Sihle Mthethwa was looked to as an athletic leader at Orange County High School.

The recent high school graduate utilizes that same skill set as a community activist and student leader in Orange County as he fights for social justice in his hometown.

Mthethwa’s work on the court, in the classroom and in the community was recognized recently when he became one of 20 high school students nationwide to win a $20,000 Foot Locker Scholar Athlete scholarship.

“To win this award is an amazing feeling,” Mthethwa said. “It is something that is hard to describe because it is unbelievable. To be told by the Foot Locker Scholarship team that I am one of 20 scholars that won this award makes you feel empowered.”

The scholarship honors graduating high school seniors who serve as “pillars of strength” for their communities, work to build a more equitable society through work in activism, education and social justice and provide an inspiration and catalyst for positive change.

Mthethwa checked off all those boxes as one of the student leaders at Orange County High School. Athletically, he served as captain for the Hornets’ football and basketball teams. In his final season, he was among the top scorers in the Jefferson District and posted a season-best 51 points in a game to eclipse 1,000 points for his career.

His commitment to his school and community are just as impressive. Mthethwa founded the 21st Century Student Leadership Committee and was the student organizer for the Orange County Athletic Department’s spirit committee. He also was the student leader of the Jefferson District Leadership committee.

“I have been involved in sports and community service since I was young,” Mthethwa said. “The 21st Century Leadership committee is a club that I wanted to create to bring students together through school spirit. I organized a group of student leaders to bring positivity and pride to school events. I proposed a new club to my athletic director to establish a student-run committee from different ethnicities, religions, economic and social backgrounds to plan school events with the goal of school unity by improving our school’s climate through spirit. We used the power of social media to promote ourselves and it worked.”

Mthethwa’s commitment to community causes, especially social justice, started at an early age. He was only nine years old when Trayvon Martin, an unarmed Black teenager, was shot and killed by George Zimmerman in Florida. At the age of 10, Mthethwa joined a small group of protesters in Washington D.C. demanding social justice and as the years went by, he has continued to speak out on social justice

“[Martin’s] death impacted me as a child because, unfortunately, that was one of the numerous other deaths that forced Black children to realize that the color of your skin can determine your safety,” he said. “Growing up and seeing all these deaths happen every year, from Ayianna Stanley-Jones to Breonna Taylor, to Daunte Wright, it forces you into the conscious understanding that it could be me or my brother or my best friend next. It messed me up.”

“With the deaths of people like Travon Martin and Mr. [George] Floyd, I realized that these were regular people,” Mthethwa continued. “Trayvon could have been my brother. He was a kid. George Floyd could have been my uncle. These countless deaths inspired me to speak out against racism and systematic forms of oppression. It put a fire in my heart to say something.”

Since then, Mthethwa has become an advocate for social justice in his own community. He became a Black Lives Matter organizer at Orange County High School and served as an anti-racist and bias peer mentor and educator.

“Outside of my academics, sports and social justice have been an important part of my life,” Mthethwa said. “Over the last three years, I have spent about 600 hours being involved with different events to help my community.”

Following Floyd’s death last summer, Mthethwa helped organize two marches in Orange County. The experience is one that he will not soon forget.

“We were threatened to be killed, to be run over by cars and some of our community members showed up to rally against our marches,” Mthethwa said. “Some came with signs of hate, while others came with guns to try and intimidate us. It was hard to see the hatred. It was like right out of a movie on the Civil Rights movement. But, on the other hand, 600 of a multiracial group of people came together to march for justice and love. It was beautiful. It was empowering and very uplifting to see how powerful we become when we stand together and unite on the foundation of human rights.”

One of the marches prompted a petition to demand the removal of the unnamed Confederate statue outside of the Orange County courthouse. More than 24,000 people have signed the online petition.

“With the awakening of racism and racial oppression in America, the question is why is the statue still in front of the courthouse?” Mthethwa asked. “Why can’t it be moved to a battlefield or a cemetery? I know people in Orange had family members that fought and died for the Confederate armies, but we are not the confederacy. We are the United States of America. We must stand up for all Americans, of all races, who fought and died for our country. I think the statue hurts us from coming together. It dishonors our American ideals of equality, liberty and democracy because it is an outright symbol of white supremacy and hate and it disrespects Black people and the ancestors of our enslaved communities.”

Mthethwa credits his background in athletics for preparing him for his role as an activist.

“I am blessed to have played team sports since I was five-years-old,” Mthethwa said. “Team sports prepared me for moments like this. Team sports gave me leadership, a strong work ethic and a deep concern for other. Thus, this gave me the courage to ask people to vote and be involved in trying to stop racism.”

Guidance counselor Jennifer Kurucz encouraged Mthethwa to apply for the Foot Locker Scholar-Athlete scholarship and he’s glad she did.

“I am humbled and honored to win this award,” he said. “The scholarship is extremely important to my future. It is an awesome feeling to have Foot Locker believe in my potential and to help me out with a path to obtain my academic goal. The scholarships is extremely important to me and I have no words to express my gratitude to the Foot Locker Scholarship team for this award.”

During Foot Locker’s announcement, Mthethwa received a phone call from Portland Trail Blazers forward Robert Covington to congratulate him on his fine work in the community.

“It was cool because I was just watching his game the other night,” he said. “It was a hard year for everyone and he told us that it was good to see kids our age doing great things. He then encouraged us to follow our passion and stick with it. He said not too many adults can say they are working on things that they are passionate about. He told us that, no matter what, w should follow our passion and our hearts. It was great advice that I am going to follow.”

Mthethwa, who is expected to announce his college choice soon, has high academic aspirations. He wants to get his Bachelor of Applied Arts in entrepreneurship and global management or global marketing. He wants to own his own business and someday give back to his community.

He also plans to continue to make strides in his community and follow the path of former civil rights activist and politician John Lewis and “get in good trouble.”

What was the craziest story in sports yesterday?

Will we see Max Scherzer traded?

Will we see Max Scherzer traded?

How may players on the Cubs will be traded before the deadline?

How may players on the Cubs will be traded before the deadline?

The Eastern View boys soccer team enjoyed its best season ever in 2021, posting a 9-1 record. In the wake of that banner campaign, a pair of C…

On the heels of a breakout sophomore season, Eastern View’s Thomas Babich has been named to the Free Lance-Star’s All-Area baseball first team.

Eastern View’s boys and girls tennis teams each had one player named to the Free Lance-Star’s All-Area tennis team, which was announced Tuesday.

When all-district running back Riley Harrison went down with an injury during a game at Kettle Run last season, the Culpeper High football tea…

After a sophomore season in which she scored 53 goals, Culpeper High’s Faith Moore has been named to the Free Lance-Star’s All-Area girls lacr…

Eastern View’s Ashton King proved he was one of the best sprinters in the state at June’s Class 4 state track meet, posting runner-up finishes…