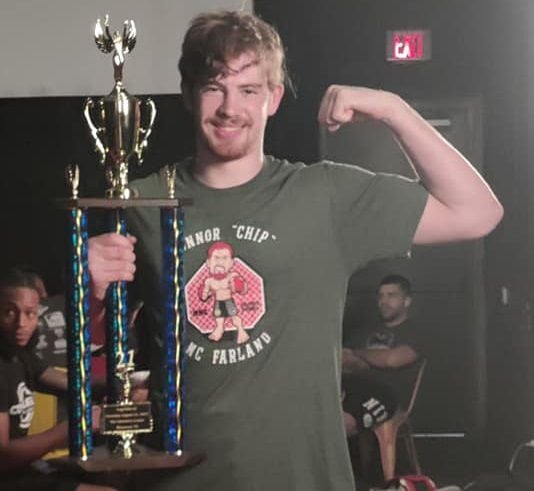 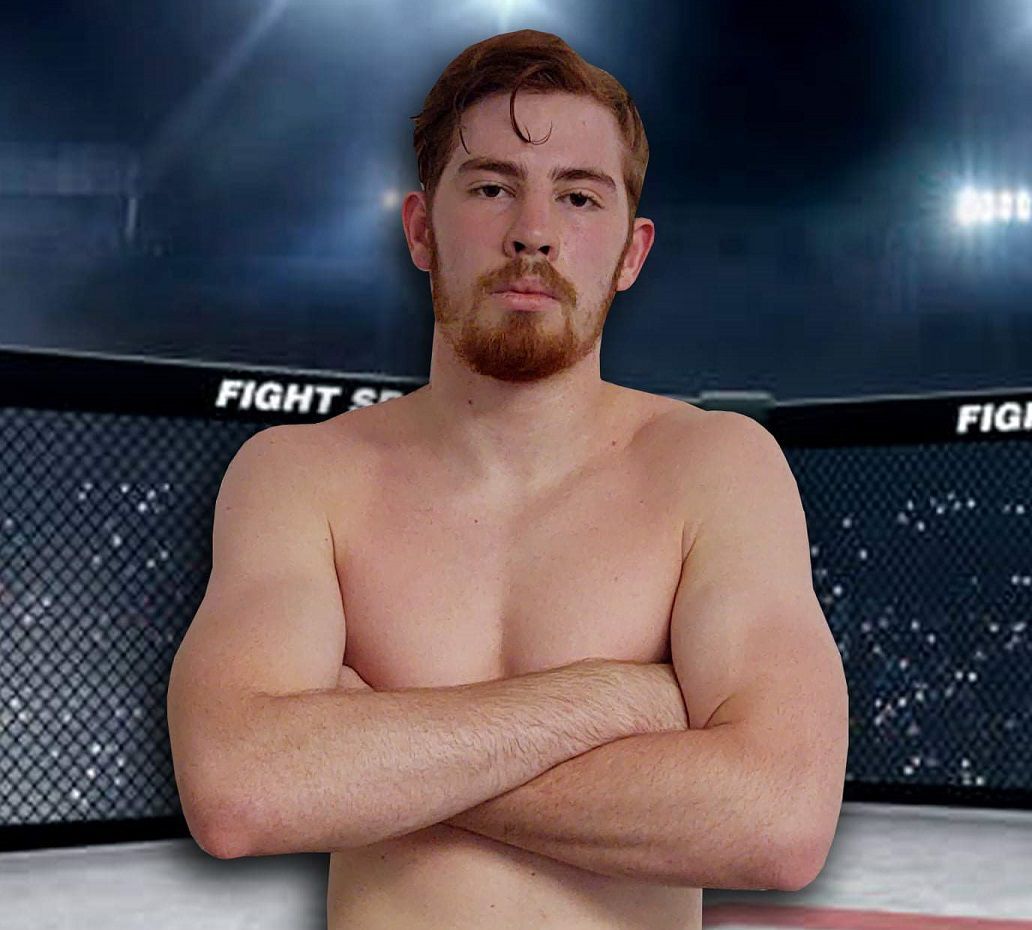 Connor McFarland fought his way through a gamut of emotions in the days leading up to his professional mixed martial arts debut, with anxiety over the bout’s eventual outcome being chief among them.

As it turned out, things worked out better than he ever could’ve imagined.

McFarland defeated Matthew Santangelo via submission in a brisk 26 seconds at Cagezilla 62 at the Salisbury Center in Manassas on Aug. 21.

“I am supper happy with the results,” said McFarland, a 21-year-old who trains at Mountain Kim Martial Arts dojo in Culpeper. “I’m also very relieved to have the self-induced pressure of winning my first fight lifted off my shoulders.”

McFarland used a face crank to make Santangelo tap out. The bout was the shortest on the 10-match card.

“I’m very proud of that,” McFarland said of the quick result. “To perform that way in my first fight in front of all my supporters, it was really special.”

McFarland’s triumph was, in many ways, the culmination of a decade-long journey. He began his martial arts training at Mountain Kim in 2012, initially focusing on taekwondo. In 2015, he added Brazilian jiu-jitsu and catch wrestling to his repertoire. Then in 2017, he started kickboxing.

“When I started kickboxing, that’s when I really began doing what would be considered MMA,” said McFarland, who has dabbled in judo and Muay Thai over the years as well. “The biggest thing that interests me about MMA is the blending of different styles of martial arts. To practice one style is a great learning experience, but to test myself by taking the best parts of various styles and mixing them together gives me a potential sense of perfection that isn’t really attainable otherwise.”

McFarland is so dedicated at achieving that perfection that he’s poured everything into MMA at this stage of his life. After being homeschooled through the seventh grade, he completed the Champions for Christ high school program for students in the Culpeper area. He initially opted to continue his education by enrolling for classes at Germanna Community College, but soon decided to to take another path.

“I decided that I wanted to pursue MMA as a career,” he recalled. “It’s what I enjoy.”

Not to be overlooked are trainers Gabby and Dennis Byrne, who McFarland credited with being instrumental in his development as a fighter.

“I’m super thankful to have Dennis and Gabby in my corner.” he said. “They were not just helpful and supportive during the fight, but I wouldn’t even have gotten to that point without the guidance they’ve provided me over the years.”

“He defeated a game opponent from New York in stunning fashion,” Dennis Byrne said of McFarland’s victory over Santangelo. “It was really exciting to see.”

McFarland isn’t the only pupil the Byrnes have guided to success in the MMA arena as of late. In March, 31-year-old Culpeper resident Trevor Pennington submitted Don Reichard 22 seconds into the second round at Rocket Combat Sports 4 in Rock Hill, S.C. Like McFarland, that was also Pennington’s first bout.

“Reichard is a tough freestyle fighter,” Byrne remarked. “But Trevor entered the ring ready to make a statement, and he didn’t disappoint.”

Both McFarland and Pennington are currently training for their follow-up fights, which are yet to be determined.

Are the Green Bay Packers pretenders?

Amid the losses, Fredericksburg Nationals had some highlights in inaugural season

Fredericksburg Nationals manager Mario Lisson once said that he has until 7:04 p.m. each night to develop players. After that, his focus shift…

Felix Hernandez looked every bit the part of a teenager when he arrived in the United States from Venezuela back in 2002. With one notable, me…

The cars backed up Carl D. Silver Parkway, past the Fredericksburg Expo Center and all the way to Wegmans. This was the good kind of gridlock,…

FredNats dining offers something for everyone

They make time, father and son, usually in those quiet moments preceding first pitch when the former steals away to one of his 30 offices acro…