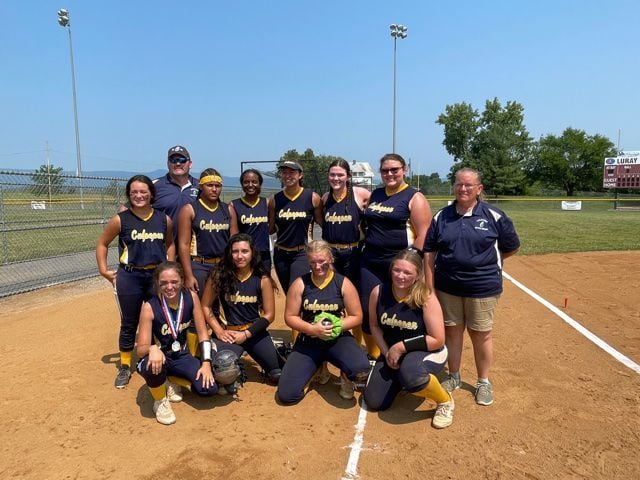 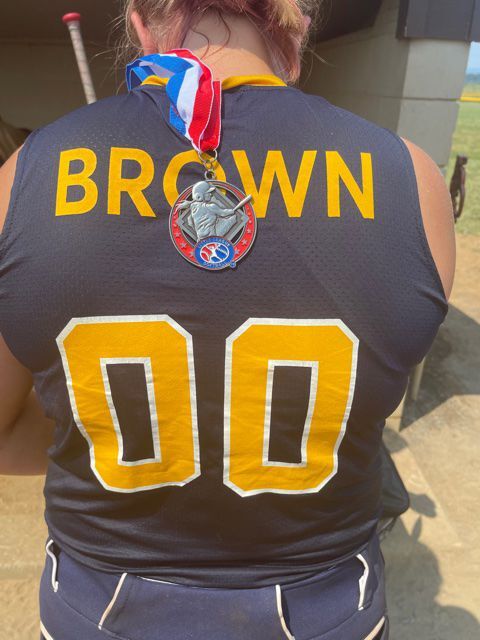 When the District 14 tournament kicked off three weeks ago, Culpeper Little League president Paul Drogoz was optimistic that a handful of the county’s youth baseball and softball teams had a shot at advancing to the state tourney.

Drogoz’s optimism has proven to be well founded, with one Culpeper squad nearly bringing home a state crown.

Culpeper manager Susan Brown was pleased with her squad’s overall performance this summer.

“This team was amazing the entire tournament, from district play right up through states,” she said.

Senior League squads are comprised of children 13-16 years old. Along with the Junior League, which has an age range of 12-14, it’s the next step up from the Little League (also known as the Major Division) designation, which is for kids from 9-12.

”Everyone worked hard and left everything on the field all weekend,” said Aby Brown, a rising junior at Culpeper High School who pitched all but one inning in the entire tourney. “I am so proud of our team for fighting our way to the finals, which is amazing considering where we were after the first day.”

Brown’s comments are in reference to a 12-6 loss to Olive Branch on the opening day of the tournament, July 2. That setback immediately put Culpeper into the loser’s bracket of the double-elimination event with no margin for error the rest of the way.

Facing the nonstop win-or-go-home stakes every time it took the diamond didn’t seem to bother Culpeper though, as it eliminated four other squads over the next three days. It hammered Middlesex 13-3 on July 3, topped Warren County 7-3 on July 4 and sent both Azalea and Phoebus home on July 5 by margins of 5-1 and 11-1, respectively.

The victory over Phoebus sprung Culpeper from the loser’s bracket, setting up its rematch with Olive Branch, from Portsmouth, for the title on July 6.

”I felt that we had the bigger bats and better defense [than Olive Branch],” Aby Brown said. “But we made some mistakes and they capitalized on them.”

After an 11-1 loss to Chesterfield Saturday afternoon, the Culpeper Major All-Star Softball Team is awaiting word on who its opponent will be in a Little League state tournament loser’s bracket contest scheduled for 3 p.m. Sunday in Coeburn.

Culpeper will square off with the winner of Sunday morning’s Richmond County-Coeburn matchup. Should it emerge victorious, it will need to win two more games on Monday to advance to Tuesday’s finals.Culpeper rolled to easy wins in its first two games of the tourney, hammering Central Accomack 10-0 Friday morning and Warwick-Phoebus 17-3 that afternoon.

Stay up-to-date on the exploits of Culpeper’s youth softball and baseball teams by picking up future editions of The Culpeper Star-Exponent, or by visiting starexponent.com.

How far could the Dallas Cowboys go this year?

Two dozen teams competed in this weekend’s Caddyshack Open at the Country Club of Culpeper to support SAFE, aka Services to Abused Families. T…