Ron Rivera spent the first four weeks of the season doing everything short of begging people not to watch.

He declared it was a time of learning for his young team, a replacement for the four preseason games that were canceled due to the coronavirus, and a season where the Washington Football Team would begin to grow and develop.

This week came an abrupt pivot.

“I’m taking my shot,” Rivera said of a weak NFC East. “I’m going to see what happens in these next four. I’m here to win. Now’s an opportunity to see if we can win.”

The coach known as “Riverboat Ron” has made his disdain for critics clear since arriving—he’s going to call the shots, and he’ll own the results.

He said what he sees is an unprecedented opportunity in a weak division where Washington, at 1-3, is just a half-game out.

That led him to installing Kyle Allen as the team’s quarterback this week. After four weeks of baffling in-game time management, where Rivera declared he didn’t want his players to get hurt instead of playing for more chances to score, he’s preparing to take the gloves off against the Rams.

“In the NFL, the difference between winning and losing is so marginal,” defensive lineman Jonathan Allen said. “Even the worst team in the NFL is filled with elite players from top to bottom. It’s just about the ability to play a consistent game and win.”

Consistency is exactly what Rivera wants from Allen—an opportunity for his defense to win games instead of having to play catch-up after turnovers.

Receiver Dontrelle Inman (UVA) said even in practices, Allen’s confidence has come through.

“He believes, and he’s confident in every single throw and decision he makes,” Inman said.

Rivera described the third-year QB as “kind of a game manager with some big-play ability.”

He’ll face a massive test in his first game, taking on the Los Angeles Rams and their vaunted pass rush.

“I think everybody knows what stands out about the Rams defense,” tight end Logan Thomas said. “It’s not hard to look past No. 99.”

That’s Aaron Donald, and while Washington’s offensive line has beaten expectations so far this year, they’ll have their work cut out for them, especially in light of a number of injuries on the unit.

Rams coach Sean McVay is a familiar face in Washington, where he was an assistant coach under Mike Shanahan and Jay Gruden, but McVay noted that with no fans and hardly any holdovers from his time there, it won’t feel like much of a homecoming.

McVay is familiar with Washington’s quarterback carousel, though, and offered some words of encouragement for Dwayne Haskins.

“I think we’ve seen some really good players in this league that have had some adversity—when I was there with you guys in Washington we saw some guys overcome it,” he said, referring to Kirk Cousins.

“You’ve got the pen. You decide to write your own story. Whether it’s there or somewhere else, I think you just keep working and trust that things are never final, and things change in this league all the time. You’ve got to make sure you’re ready.”

"He has confidence in his players. He tells us every day how much he believes in us, and that we're going to get the job done."

Washington is running out of receivers, will lean on practice squad heading into game against Cowboys

"The game is on the line, first touchdown, it's amazing. I'm happy for him."

ARLINGTON, Texas—The World Series matchup between the Los Angeles Dodgers and Tampa Bay Rays is a rare meeting of baseball’s best for the titl…

Le'Veon Bell ready to roll with Chiefs for first time

KANSAS CITY, Mo.—Le’Veon Bell once carried the ball a league-leading 321 times in a single season for the Pittsburgh Steelers.

Ravens hope to address flaws, get healthy during early bye

The NFL’s fluctuating schedule has provided the Baltimore Ravens an early, well-timed bye that will enable the team to work out a few kinks an…

Despite one win each, Eagles, Giants have first place in sight

PHILADELPHIA — It’s Week 7, the Philadelphia Eagles and New York Giants each have one win and both teams are right in the mix for first place.

The league picture gets more clear as the NFL’s premier touchdown producers find the end zone week after week. Here are the best bets to score…

Once again, the Giants and WFT meet with a high draft pick on the line

Washington quarterbacks Kyle Allen (8) and Dwayne Haskins Jr. (7) are a combined 9-15 as starters. Haskins was drafted in the first round in 2019; Allen went undrafted in 2018.

Kyle Allen won four consecutive games for the Panthers last season, then lost the next six. He followed coach Ron Rivera to Washington. 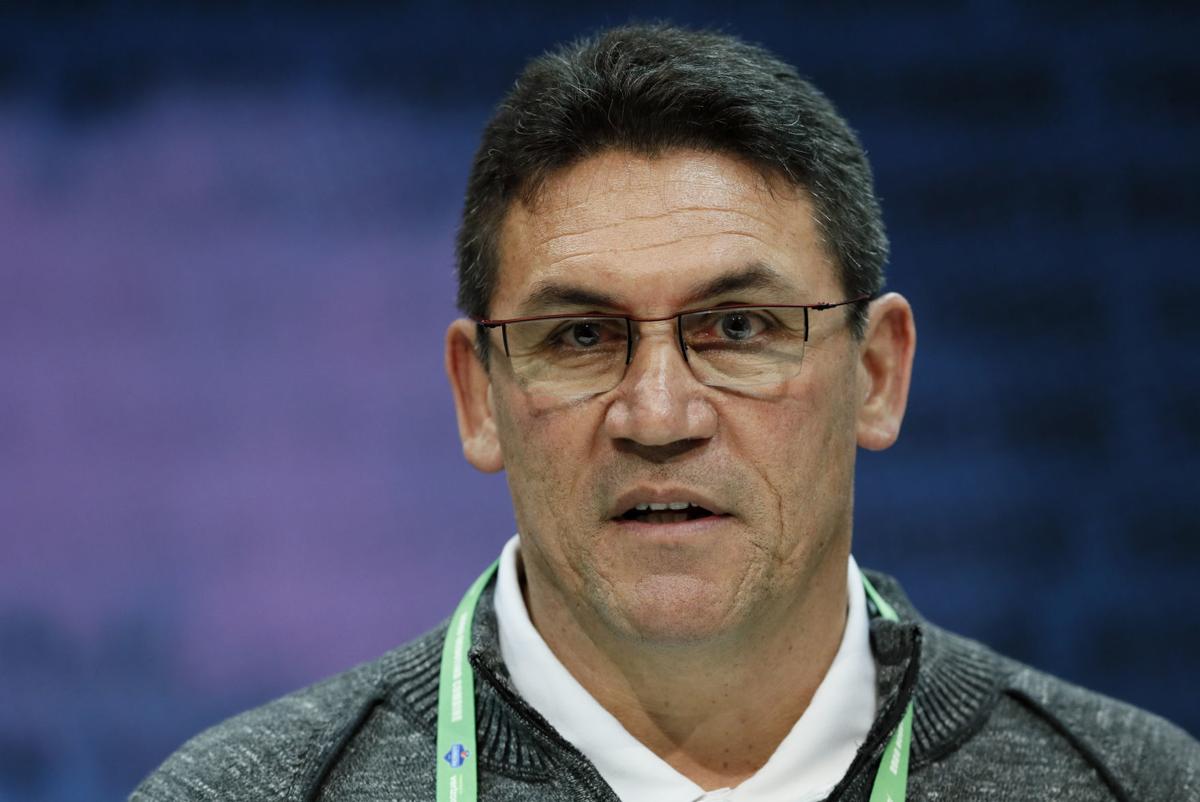 Ron Rivera will lead his first full-team practice with Washington on Thursday in Ashburn.