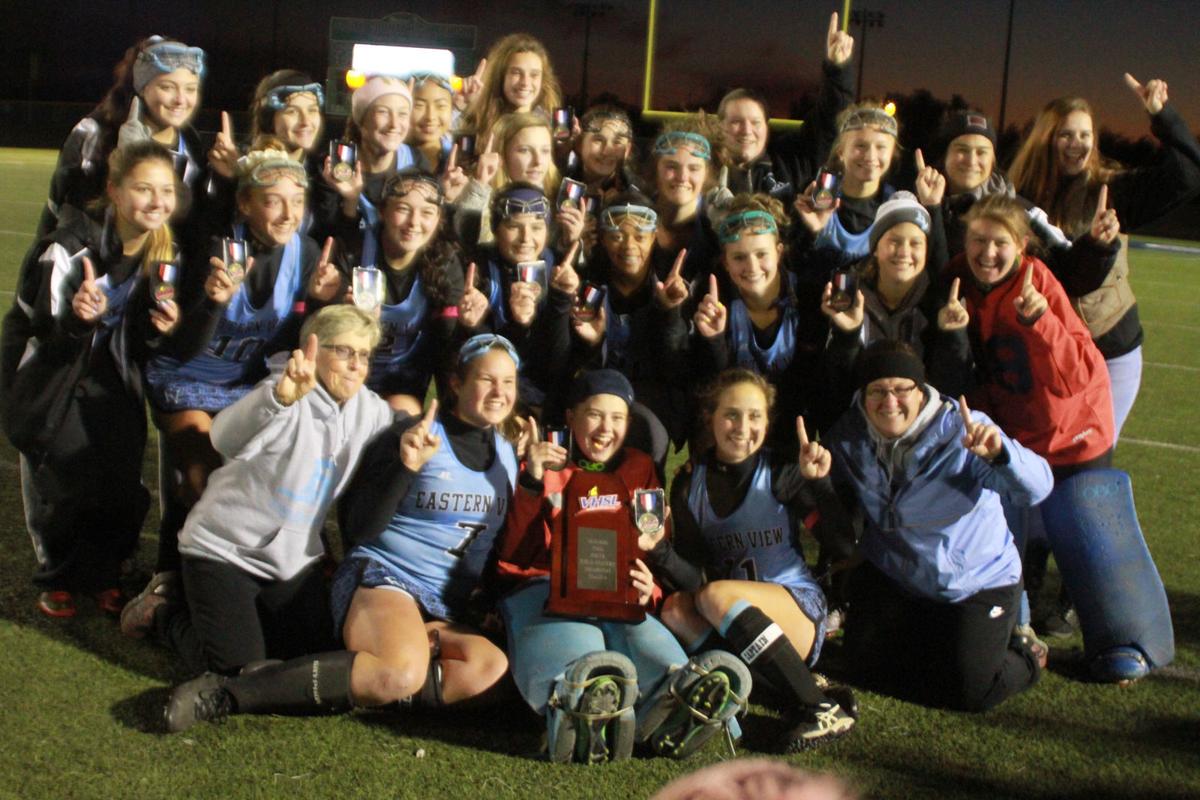 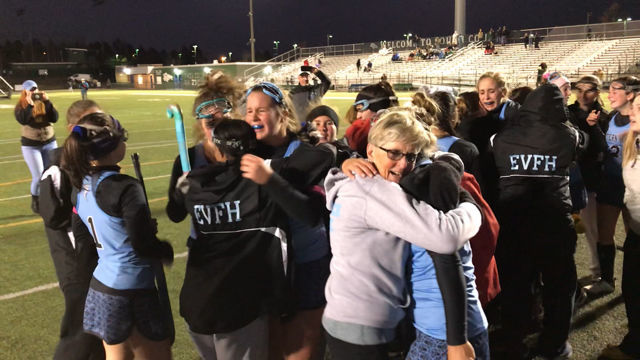 It was cold and windy on the field at South County High School, but Peggy Allen and her Eastern View field hockey team didn’t care.

Fresh off a 3-2 overtime victory over Great Bridge in Saturday’s Class 4 state championship game, it was safe to say Allen and her Cyclones were in a jovial mood. And they should’ve been. After all, they had just won the first state title in program history, and they’d pulled off an amazing run that saw them defeat three region champions in a span of five days to do so.

But perhaps more amazing than their state tournament run was the resilience of Allen and the squad’s six seniors, who managed to fight back the memories of past heartbreak and overcome their state title demons to deliver a watershed moment for one of the top programs in the Commonwealth of Virginia.

Allen, along with seniors Sarah Hatfield, Augusta Bailey, Cassidy Morrison, Cassidy Armstrong, Rachel Tocker and Jensen Armstrong, had stood on the exact same field just a year earlier and watched Battlefield District rival Chancellor celebrate a championship after a 2-1 win at their expense.

“It was disappointing,” recalled Hatfield, who capped a magnificent high school career that featured more than 100 goals by scoring the game-winner against Great Bridge. “It’s difficult to work as hard as we do, make it that far and then come up short.”

Unfortunately for Hatfield, Allen, Morrison and Jensen Armstrong, that wasn’t their first taste of championship heartache. They’d lost 3-0 to Great Bridge in the 2017 title game as well.

So when you examine Eastern View’s 2019 championship run with a wide-angle lens, it makes perfect sense that its story of redemption would reach its climax with either Chancellor or Great Bridge as the primary antagonist. After beating Region 4D champion Heritage-Leesburg 3-0 in the state quarterfinals and then topping Region 4B champ Lee-Davis 7-1 in the semifinals, the Cyclones could do nothing but watch and wait as the Chargers and the Wildcats battled for the right to face them for the championship. Perhaps fittingly, Great Bridge registered a dramatic overtime goal to win the contest and earn its place in history.

However, the Wildcats were unwilling participants in Eastern View’s coronation early in Saturday’s game, jumping out to a 2-0 lead barely 10 minutes into the proceedings and forcing Allen to confront the past.

“Honestly, I was afraid that the girls were going to get down on themselves and not be able to recover,” she said.

Fortunately for Allen and the Cyclones, their tortured history served them well this time around. Hatfield scored their first goal just before halftime, then assisted on Lizzie Street’s game-tying tally to start the second period. By the time Hatfield’s climactic game-winner reached the cage 3:07 into overtime, Eastern View had flipped the script on Great Bridge so dramatically that the Panthers had mustered only one shot on goal over the final 40 minutes of action.

“I think the girls knew how to respond to being behind because they’ve been in that situation before,” Cyclones assistant coach Marianne Bretschneider said. “They adjusted from being behind and coming up short against teams like James Monroe and Chancellor, and they hung in there and just kept plugging along until this happened.”

The monumental accomplishment touched off a range of thoughts and emotions for the seniors.

“There are truly no words to fully describe this,” Hatfield said. “It’s amazing. It’s just amazing.”

“It’s like it hasn’t even hit me yet,” an emotional Bailey said. “From eighth grade until my senior year, all of the work that we’ve put in was for this. We’ve come so far.”

“I just think it’s so amazing that we finally won it,” Morrison said. “We kept telling each other that the third time is the charm, and it was.”

“We were told by so many people that we couldn’t do it,” Cassidy Armstrong said. “Well, here we are. We did it.”

“All my thoughts and emotions keep going back to is how much we’ve grown over the years,” Tocker said. “Over time, we became a family, and I’m so happy we can share this moment with each other.”

“We had our hurdles to overcome, but it’s been so amazing,” Jensen Armstrong added. “I can’t think of a better group of girls to have played with.”

For Allen, the only head coach in the program’s 11-year history, the achievement triggered a variety of reactions.

“It’s hard to put this into words,” she said. “This is what the girls have fought so hard for, and here it is. The true character of this team shined through when it mattered the most.”

Shortly thereafter, as Allen posed with her coaches, players and Eastern View administrators for photos, she momentarily ceased being a field general and channeled her inner hockey fan.

“Does anybody know where any fountains are?” she asked, setting off a round of exuberant laughter in what turned out to be a lengthy celebration.

It was cold and windy on the field at South County High School, but they didn’t care.